From SABR member Mark Aubrey at Baseball Nuggets on February 21, 2013:

In 1916 the Tri-Copper League was in its second season.  The league consisted of three teams.  The Miners, The Smelters.  And the Millers.  Yes, it was copper they were after.  Ray, Arizona, was about 77 miles to the ESE of Phoenix and about 23 miles NWN of Hayden. 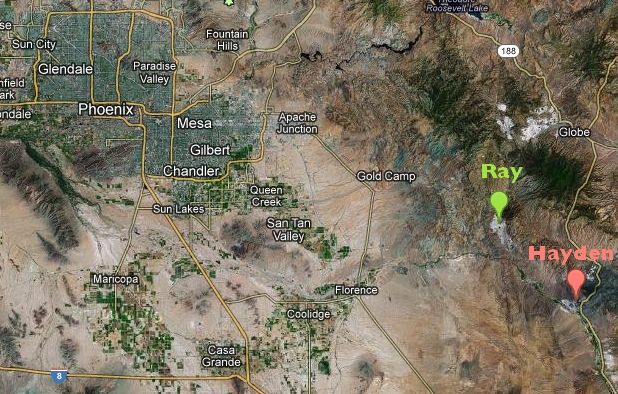 My guess is that the teams were formed by the mining company and they were a diversion and entertainment for the men.