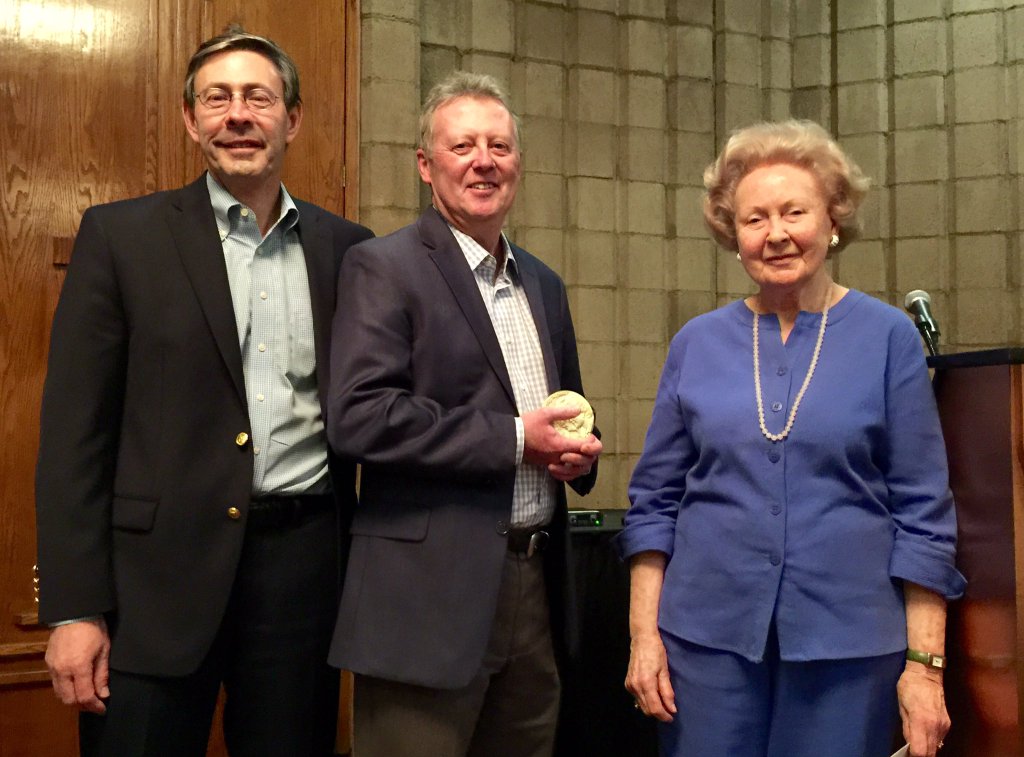 “This is a great honor,” said Pennington, a veteran reporter who covered the New York Yankees during Martin’s final years as manager. “I feel like I’ve been walking around with this book for 30 years or more. When I first met him, I thought, ‘Wow, I’ve never met anyone like this guy.’ He did so many interesting things and he was so complex. … Thirty years have passed, and I still have never met anyone like that.”

“I had a lot of help in a lot of different ways,” Pennington said. “One of those was the benefit of doing this kind of research now as opposed to 30 years ago. If I was reading a newspaper clipping … I could go to Retrosheet and look it up, and there it was. Everything was explained to me and I can verify whether the news clips were right or not. It’s almost not a fair fight, in terms of doing research. … Baseball research has advanced so much. I was able to ride on the shoulders of all those who have done the work before me, so I have to certainly give credit to them as well.”

A highlight of the 23rd annual NINE Conference was keynote speaker Rob Edelman, a SABR member and the author of Great Baseball Films and Baseball on the Web who teaches film history at the University at Albany. There was also a special film screening of Hano! A Century in the Bleachers with filmmaker Jon Leonoudakis and writer Arnold Hano.

Research presentations at the NINE Conference included “Marvin Miller Takes on Topps, Inc.” by Mark Armour; “Violet Popovich, the Chicago Cubs, and the Shooting of Billy Jurges” by Jack Bales; “Dunkin Donuts, Big Papi, and the Image of the Afro-Latin Baseball Star” by Roberta Newman; “When the Beer Vendors Fly South for the Spring” by Charlie Vascellaro; and “The West Coast Baseball Association” by Amy Essington.