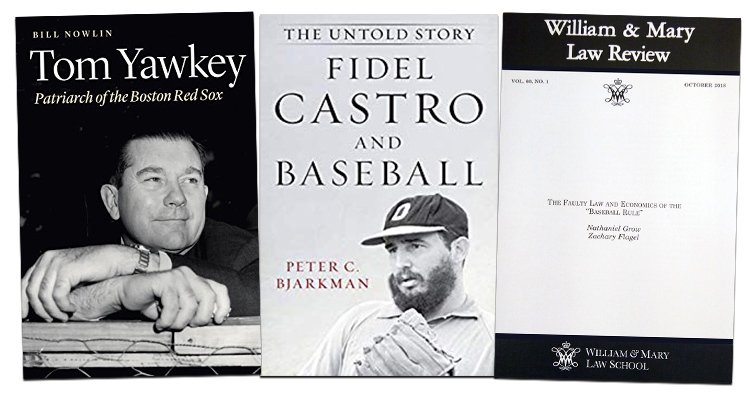 The 2019 SABR Baseball Research Awards, which honor outstanding research projects completed during the preceding calendar year that have significantly expanded our knowledge or understanding of baseball, have been awarded to

Bjarkman (1941-2018) was the leading authority on Cuban baseball, a recipient of SABR's Henry Chadwick Award, and the author of many books and articles on sports history.

Grow is an Associate Professor of Business Law and Ethics at Indiana University. Flagel is a student at the University of Georgia's Terry College of Business.

Nowlin has served seven terms on the SABR Board of Directors, including as Vice President from 2004 to 2016, and he has authored more than 75 books and hundreds of articles about the Boston Red Sox and other areas of baseball history.