For most of her life, Dorothy Seymour Mills’ status as one of the world’s pre-eminent baseball historians was a secret to all but a few people. Her role as a key contributor to the classic three-volume Baseball series — originally published under the name of her late husband, Dr. Harold Seymour — was kept under wraps until her autobiography, A Woman’s Work, appeared in 2004. 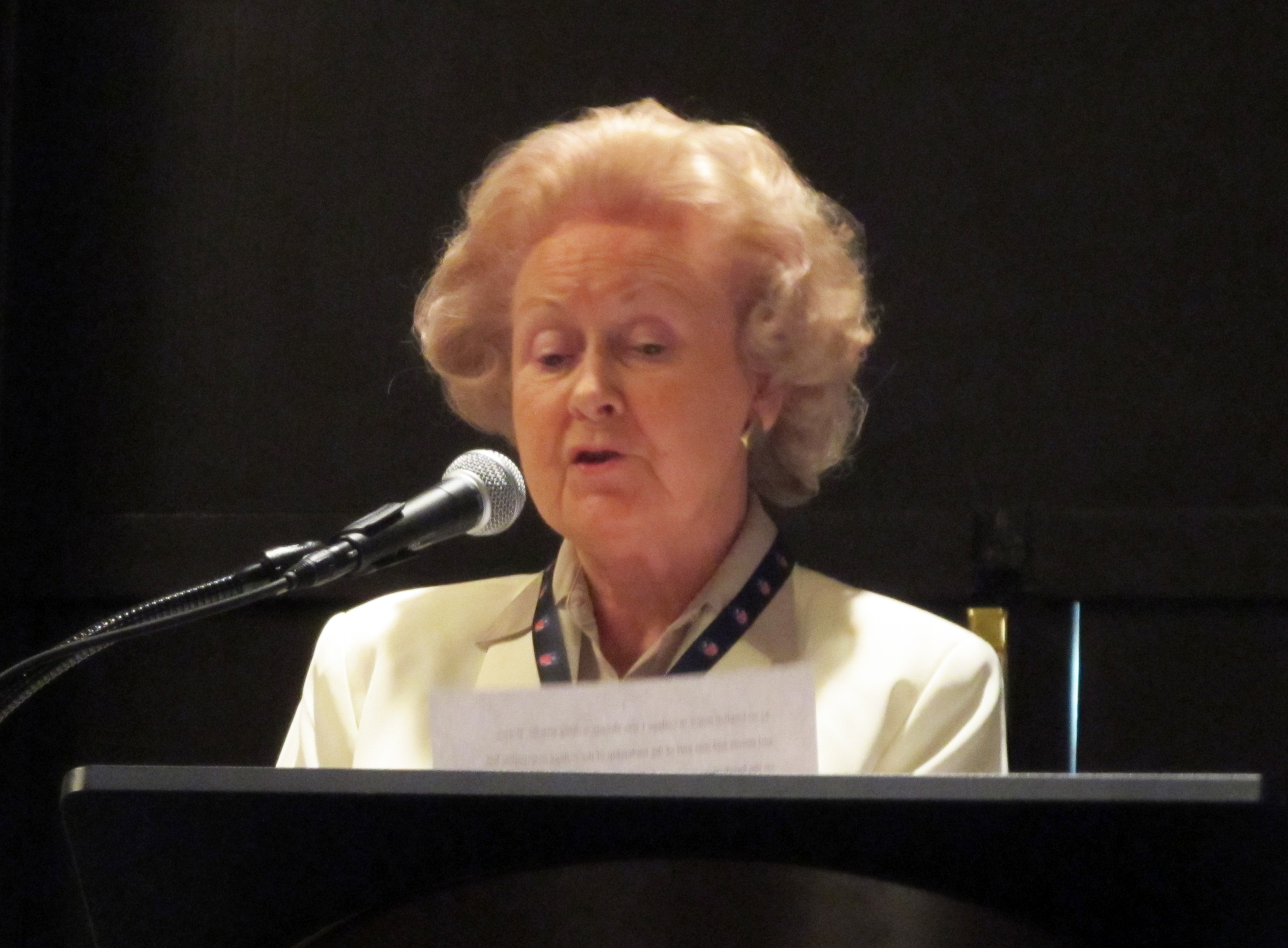 Last fall, Oxford University Press made the unprecedented step of announcing that the Baseball series would be reprinted — four decades after the first volume, Baseball: The Early Years, came out in 1960 — with Dorothy’s name added to the title pages as a co-author. The Baseball series is widely considered to be the first scholarly examination of the game’s history, and is still cited in many research works written today.

Dorothy’s legacy as a groundbreaking pioneer of baseball research is secure.

In 2010, she was named as one of the Society for American Baseball Research’s inaugural class of Henry Chadwick Award winners, honoring the game’s greatest historians, statisticians, annalists, and archivists. In addition, since 1996 SABR has awarded the Seymour Medal — named after Dr. Harold Seymour and Dorothy Seymour Mills — to the author of the best book on baseball history or biography published in the preceding year.

On June 24, I sat down with Dorothy, 84, before she spoke at the Association for Women in Sports Media national convention in Charlotte, North Carolina. You can listen to her speech at the AWSM convention by clicking here. Dorothy is an active member of both SABR and AWSM.

Here is a portion of our interview:

JP: What was your reaction when Oxford announced last year that you would be listed as a co-author on the Baseball books?

DSM: Oh, it was very satisfying. Well, gratifying is the right word. … But I’d always had that pride, you know. Especially when Seymour was still alive and the wonderful reviews were coming out. I knew that most of those reviews were partly because of my work, so I was very happy to hear the things they were saying about the books.

You know, they (Oxford) had never done this before, as far as I know. In fact, I don’t know if any publisher has ever done this, to override the original author, to (add) a contributor like that. That’s why I think it was so unusual and got so much attention.

JP: Was it more gratifying to you on a personal or professional level?

DSM: It was both. It was wonderful to know that a lot of people would realize I had such a role in those books. … Over the years, people have often brought their copies of the Seymour books to me and asked me to sign them. So I realized that they realized (all the work I had done on the Baseball series.) And after I published my autobiography, I said, “Even if they never put my name on a book, at least everybody knows.”

I was also very grateful to SABR and to my editor, Sheldon Meyer, for realizing (my contributions) after I’d told them that I was an equal partner in the books. And … I thought that had settled the matter. I thought when the Seymour Medal came out and when my autobiography came out, that everyone knew that we were equal partners. But, I was wrong.

JP: Not only are you the first woman to have conducted serious research on baseball history, you and Seymour were two of the first people anywhere to do that type of work. How has the research process changed for you over the years?

DSM: Well, the Internet is now a place that serves as a first check, because it can give you better ideas of where to look. Of course, you can’t depend on everything you use, everyone knows that. But you still use it, because it’s handy. And you can say, “I can look for this, because I found that information (on the Internet). … Check on this, check on that.” What I also do now is I’ll buy used books from Amazon. Sometimes it costs fifty cents and then it costs two dollars to actually get it to me. But that’s very convenient. Before, you had to use interlibrary loan or something like that to find many of these books.

In the beginning, of course, The Sporting News you couldn’t borrow, you couldn’t buy. So you had to go to their office. Seymour and I, we would travel a lot to do research. … I loved going to libraries. I’m a library person. Every time I go to a new city, I like to go to their library. The newspapers weren’t microfilmed or microfiched in those days very much. They were bound volumes, old, yellow things that would flutter down (debris) all over my black skirt! … But it cost a lot of money to preserve these papers, and many libraries couldn’t do that. You realize we’re saving history when you microfilm them, and that’s a good thing.

JP: You have always been interested in telling the story about what’s happening on the fringes of the game. Five chapters were devoted to women in baseball in Baseball: The People’s Game, and you have also written extensively on all aspects of the amateur game.

That’s why I wrote Chasing Baseball (published by McFarland & Co. in 2010). Because there’s so much going on in baseball, among the fans. Fantasy baseball … and vintage baseball, which I’m very much impressed with. There, you have to know a lot about the history. And I didn’t realize, even after I’d written the book, I found out they’d been meeting and having (vintage baseball) conventions for years and years. You can really see it, they have to get it right when they present it on the field. And not just the players, but fans and other parts of the game, too. It’s fascinating.

JP: Your newest baseball book, Drawing Card, was just submitted to McFarland and is due out next spring. Can you give us a preview of that?

DSM: It’s a historical novel about a woman baseball player in the 1920s and 1930s. I got the idea for it because in history, there were two women who signed minor league contracts to play baseball and their contracts were canceled by the commissioner or as soon as it was learned they were women instead of men. Most women didn’t do anything about it … they competed in some other field or they coached or whatever. But in my novel, this woman is going to do something about it. I won’t tell what it is, but it’s kind of drastic!

For more information about Dorothy’s life and career, visit http://www.dorothyjanemills.com.

This article was originally published on June 27, 2011.