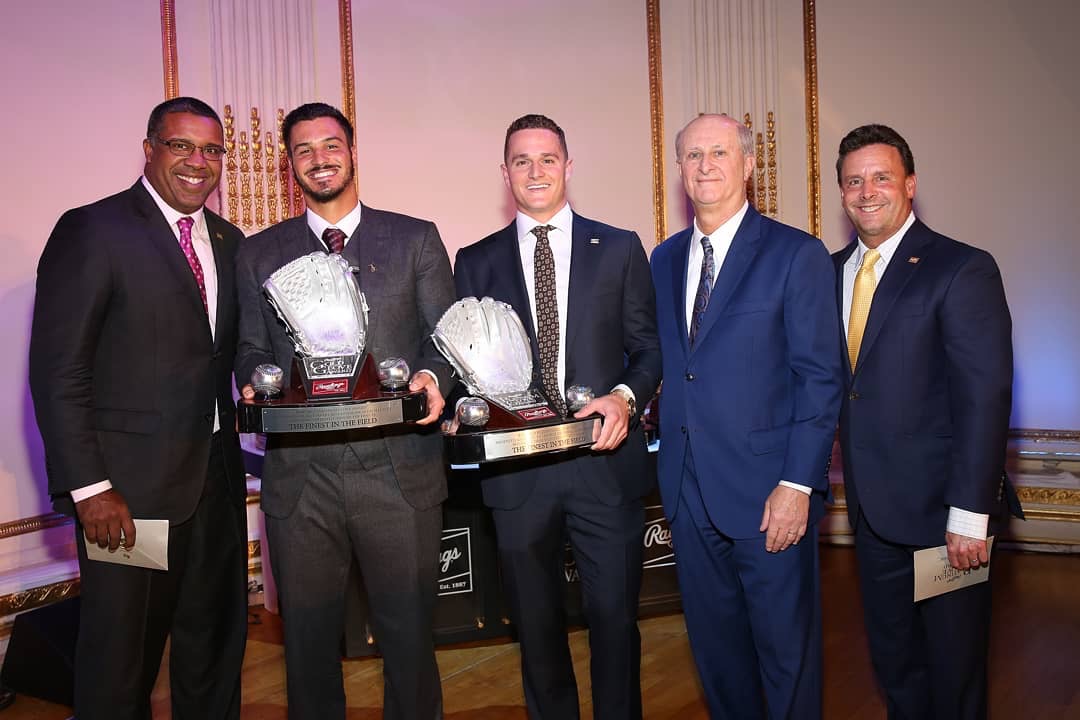 Chapman is the first Oakland Athletics player to win the Rawlings Platinum Glove Award. He led all of Major League Baseball® with 29 defensive runs saved. 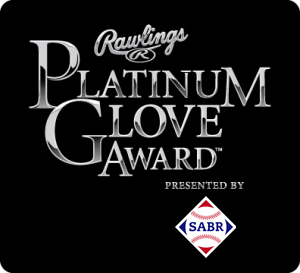 “Now in its eighth year, the Rawlings Platinum Glove Award fan inclusion platform continues to prove that baseball fans know, value and celebrate defensive greatness,” said Mike Thompson, Chief Marketing Officer for Rawlings. “This year’s fan vote greatly exceeded our expectations; with passionate fans from countries across the globe letting us know who they believe to be the best defenders in baseball.”

Based on the final SABR Defensive Index, Chapman led the American League with a 21.9 SDI, and Arenado finished with a 6.8 SDI, which led all third baseman in the National League.

“This year, the SABR Defensive Index and fan votes were closely aligned,” said Vince Gennaro, president of SABR and chair of the SABR Fielding Committee. “More and more fans are paying attention to defensive metrics, and it seems to be influencing their votes.”

Voting began at the conclusion of the 2018 Rawlings Gold Glove Award Announcement Show that aired on ESPN’s “Baseball Tonight” on November 4, 2018, and ended on November 8. Fan discussion surrounding the Award on social media was fostered in part by some team’s open campaigning for their respective nominees. ESPN’s Karl Ravech and Eduardo Perez and SABR’s Gennaro announced the winners live on stage during the show.

About Rawlings
Rawlings Sporting Goods Company, Inc. is an innovative manufacturer and marketer of sporting goods worldwide. Founded in 1887, Rawlings is an authentic global sports brand, trusted by generations of athletes of all skill levels. Rawlings’ unparalleled quality, innovative engineering and expert craftsmanship are the fundamental reasons why more professional athletes, national governing bodies and sports leagues choose Rawlings. Rawlings is the Official Ball Supplier and Batting Helmet of Major League Baseball®, the official baseball of Minor League Baseball™ and the NCAA®, and the approved baseball, basketball, football and softball of the National High School Federation®. For more information, please visit Rawlings.com or by phone at (314) 819-2800.

About SABR™
The Society for American Baseball Research (SABR) is a non-profit organization dedicated to fostering research and disseminating the history and record of baseball.  Founded in 1971, SABR has more than 6,000 members worldwide and has established itself as a vibrant baseball community and a premier distributor of ground-breaking baseball information. SABR features 70 chapters and 30 research committees, and produces three annual publications — two editions of The Baseball Research Journal and The National Pastime — in addition to other print and e-books.  SABR also hosts annual events, including the National Convention each summer, and the SABR Analytics Conference in March in Phoenix. For more information about SABR, go to SABR.org.