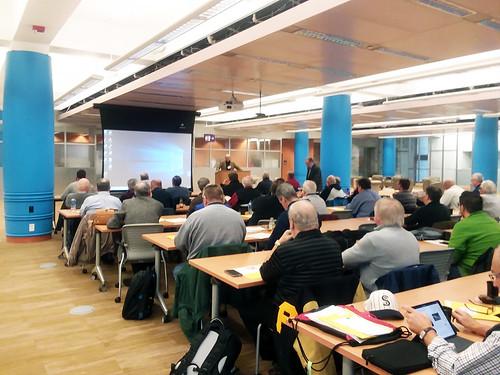 The SABR Cleveland 19th Century Baseball Interdisciplinary Symposium took place on Saturday, November 10, 2018, at the majestic Main Branch of the Cleveland Public Library in the heart of downtown Cleveland.

The day-long Saturday symposium was devoted to 19th-century baseball as it was played and evolved in Cleveland and its greater region of northeastern Ohio. A keynote luncheon address of interdisciplinary history by David Goldberg, Professor of History at Cleveland State University,  provided a look at late 19th-century Cleveland with a particular understanding of one of that city’s most important and powerful forces, its transportation system.

Click here to read John Thorn’s welcoming address, “When Cleveland and Baseball Were Young,” at Our Game.

Click here to view a photo gallery from the symposium.