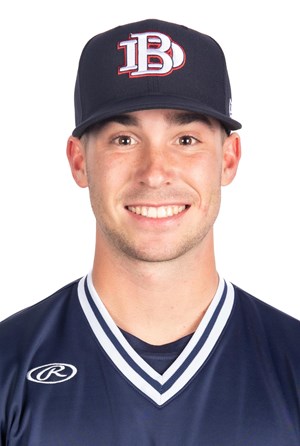 Glenn was the 2021 Joe Carter Missouri Valley Conference Player of the Year and helped guide the Patriots to the regular-season and tournament titles in the MVC, the NCAA Fort Worth Regional championship, a trip to the NCAA Columbia (S.C.) Super Regional, the Patriots’ first NCAA Super Regional victory in school history over Virginia, and within one game of a first-ever trek for DBU to the NCAA World Series.

The senior from Cedar Hill, Texas, returned for a fifth year after the 2020 season was canceled due to COVID-19 and became one of the top offensive players in college baseball in 2021. Glenn’s 21 home runs were the fourth-most in the nation and ranks as the third-most in a single-season in DBU’s Division I era dating back to 2004.

He also compiled a .732 slugging percentage, which ranks as the fifth-highest percentage in the program’s D1 era, and his 86 hits were the 10th-most in a single-season. In his final season at DBU, Glenn batted a team-best .366 with 19 doubles and 55 RBI. He was also a perfect 13-13 in the stolen base department for the 41-18 Patriots.

Defensively, Glenn transitioned from third base to second base in his senior season and posted a career-best .960 fielding percentage in ’21. After the season he was a fifth-round selection of the Pittsburgh Pirates and signed with the National League organization.

Liu became the first repeat winner of the SABR Carroll Beringer Award after a stellar junior season at the University of Dallas. In 2021 he started all 42 games for the Comets who won both ASC divisional and American Southwest Conference titles. He also was selected second team all-region by the ABCA and D3baseball.com.

The first team All-American Southwest Conference outfielder from Plano, Texas, was selected to the NCAA Regional all-tournament and ASC Blue Bracket all-tourney teams. He led the team with a .385 average, 18 doubles, one triple and five home runs. Liu also scored a team-best 54 runs, had 41 RBI and was named ASC Hitter of the Week on May 3.

The Plano resident had 21 multi-hit games with eight games with three or more hits and had a 4-for-7 afternoon in the season opener at Howard Payne on February 26 along with a 14-game hitting streak late in the season. He was a two-time Academic All-ASC selection for the Comets who closed 30-12 for the campaign.

Liu plans to return for the 2022 season as a COVID-19 super senior for the Comets. 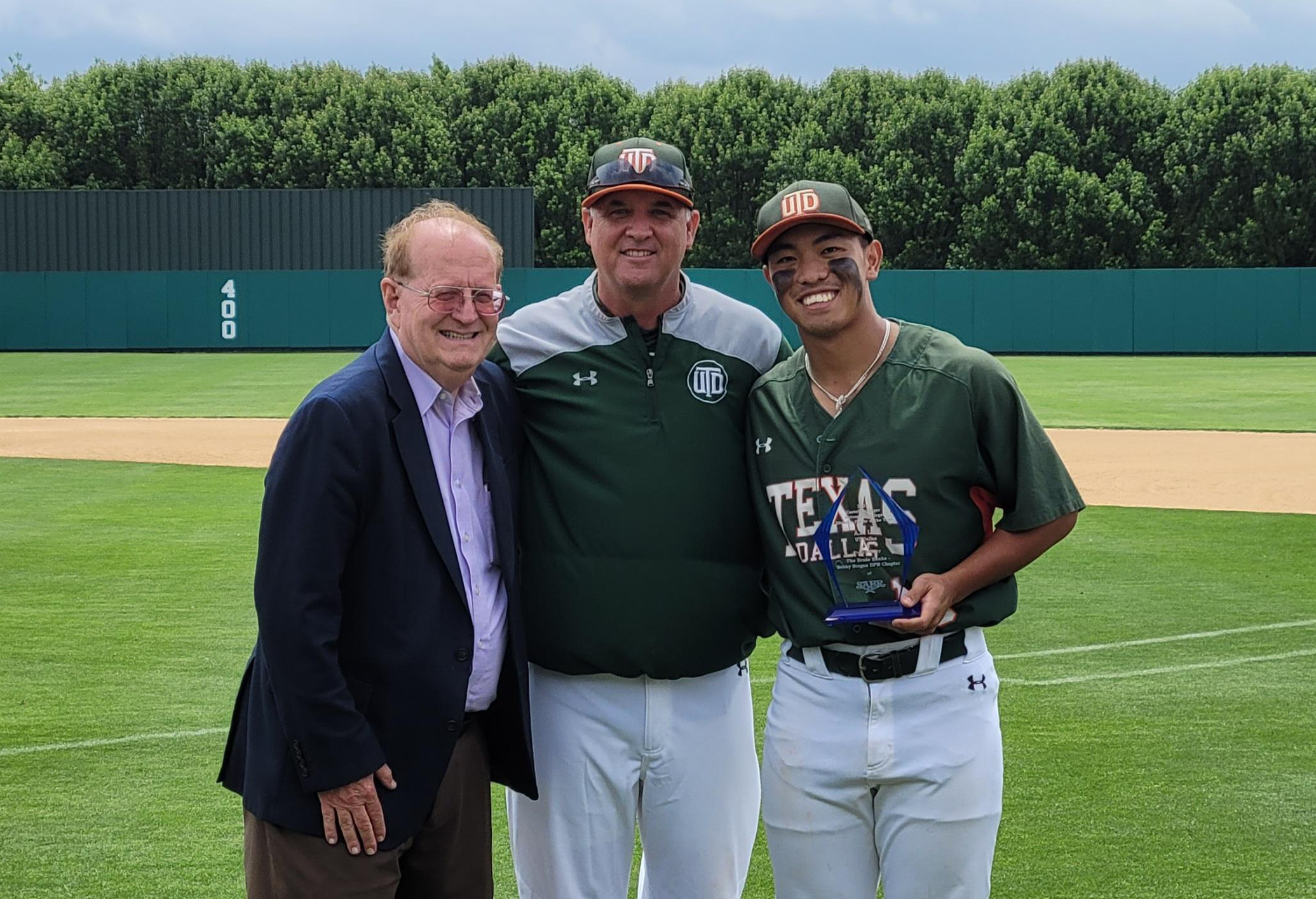 A.J. Liu, right, of UT Dallas receives his 2021 Carroll Beringer Award from SABR’s Dallas-Fort Worth Chapter in a pregame ceremony on April 29, 2022. Liu is the first repeat winner of the award given out to the top Metroplex College Division Player of the Year. Presenting the award are Bo Carter, left, of SABR and UT Dallas head coach Shane Shewmake. (COURTESY OF DBU ATHLETICS)