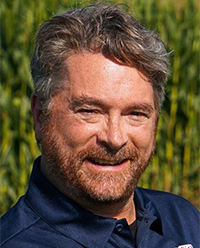 The SABR By-Laws provide that an open Director’s seat may be filled by the remaining Board members within 60 days by a 2/3 majority vote (in this case, 5 of 7 votes), or the Board must call a special election. Evans’s term expires at the end of the Annual Business Meeting at the 2023 SABR convention.

“The SABR Board is very excited to have Dan join us,” said Mark Armour, President of the Board of Directors. “His experience throughout the game, his enthusiasm, his love of baseball and SABR, and his obvious talents will be invaluable. We look forward to working with Dan to make SABR an even better organization.”

Evans is a baseball executive who has had decision-making roles with five Major League Baseball franchises over the past four decades, including a stint as Executive Vice President and General Manager of the Los Angeles Dodgers from 2001 to 2004 and, most recently, a scout and Director of Pacific Rim Operations for the Toronto Blue Jays. He is also President of Baseball Operations for Athelyix, Inc., mentors Sports Management Worldwide’s Baseball GM & Scouting online course, consults for The Field of Dreams Movie Site, and serves on the Board of Directors for SABR’s Rocky Mountain Chapter. He is a native of Chicago and a graduate of DePaul University. He lives in Denver, Colorado.