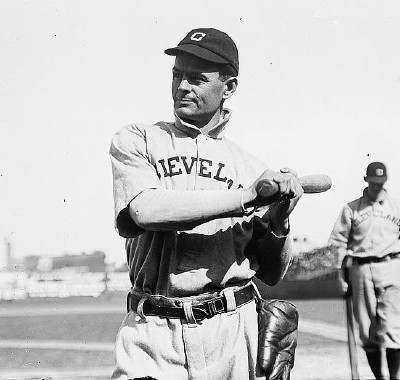 The Flick statue was created by noted local artist Ron Dewey and will be permanently displayed in the Bedford town square. In a 13-year major league career shortened by illness, Flick, the American League batting champ in 1905, compiled offensive numbers well above most of his Deadball Era peers, an achievement recognized by his induction to Cooperstown in 1963. Flick died in Bedford in 1971, two days short of his 95th birthday.

The Flick statue will be located within an infield made of light brown pavers. The Elmer Flick Recognition Committee is offering for sale pavers that can be personalized or inscribed in the memory of a loved one for $100 and $50.

For more information on ordering a paver or regarding the Flick statue dedication ceremony, contact SABR Deadball Era Committee member Jim Wagner at jim.wags@sbcglobal.net or the Flick Recognition Committee via http://www.elmerflick.com.