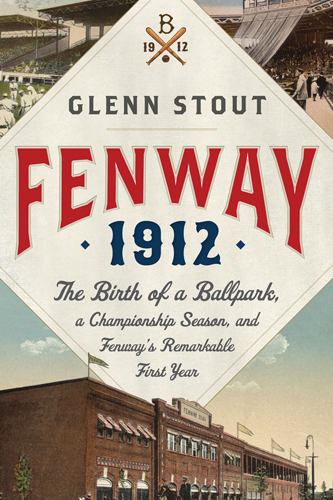 Glenn Stout’s Fenway 1912: The Birth of a Ballpark, a Championship Season, and Fenway's Remarkable First Year, published by Houghton Mifflin Harcourt, has been named the 2012 winner of the Larry Ritter Book Award, given by SABR's Deadball Era Research Committee for the best book related to the Deadball Era published in the previous year.

Three books — Stout’s Fenway 1912; Ted Leavengood’s Clark Griffith: The Old Fox of Washington Baseball (McFarland), and Dennis Pajot’s Baseball’s Heartland War, 1902-1903 (McFarland) — were chosen as finalists by the Ritter Award subcommittee from a field of 10 nominations. Stout's was chosen as the clear winner, the committee finding it engagingly written, creatively conceived and organized, extensively researched and rife with fresh material.

The award will be presented during the Deadball Era Committee's meeting at the SABR 42 convention, June 27-July 1 in Minneapolis, Minnesota.