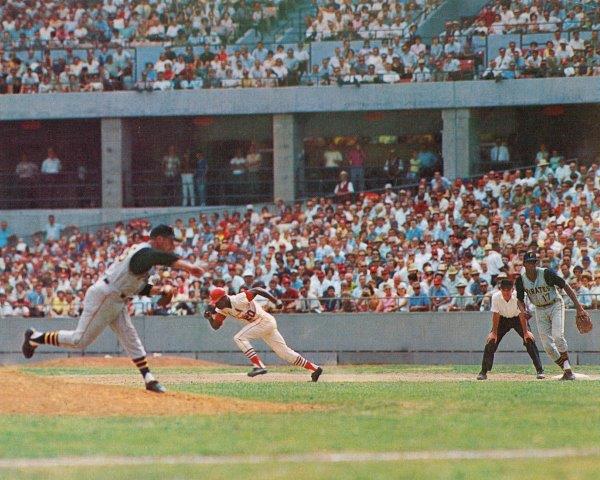 After Lou Brock was traded to the St. Louis Cardinals in 1964, the speedy outfielder bought an 8-millimeter video camera to record National League pitchers and study their pickoff moves. Dodgers pitcher Don Drysdale asked Brock what he was doing and he replied that he was taking home movies. “I don’t want to be in your goddamn movies, Brock,” said Drysdale, who true to his nature threw at Brock the next time up. 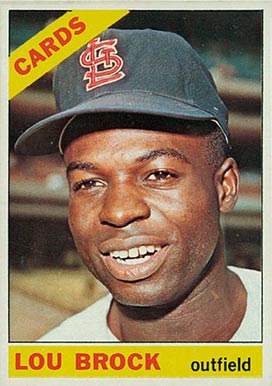 Brock was years ahead of his time in training with video, which paid off as he went on to lead the NL in stolen bases eight times and set Major League Baseball’s single-season (118 in 1974) and career (938) records by the time he retired in 1979. The celebrated trade — Brock was sent to St. Louis by the Chicago Cubs for pitcher Ernie Broglio in one of the game’s most lopsided deals — paid off for the Cardinals, who won three pennants and two World Series championships with Brock as their star left fielder and leadoff hitter for the next 15 years.

It was in the World Series spotlight where Brock, an intense competitor and fan favorite who died at the age of 81 on September 6, 2020, in St. Louis, shined the brightest.

In 21 career games in the fall classic, he hit .391 with four home runs and 14 stolen bases, serving as the Cardinals’ offensive catalyst. In 1964 against the New York Yankees, he homered in Game Seven, and in 1967 against the Boston Red Sox, he had three stolen bases and a double in the winner-take-all finale. While teammate Bob Gibson was named as series MVP, a St. Louis radio station gave Brock a Cadillac in recognition of his outstanding performance.

Although the Cardinals did not reach those postseason heights again in the 1970s, Brock never slowed down and remained a productive player during the second half of his career. In 1974, at the age of 35, he shattered Maury Wills’s single-season record of 104 stolen bases on September 10 against the Phillies, finishing the year with 118 and runner-up to Steve Garvey in the National League’s MVP voting.

Brock stole 56 more bases in 1975 and 1976 to move closer to Ty Cobb’s career mark, which was thought to be 892 at the time. On August 29, 1977, in San Diego, he stole two bases to tie and break Cobb’s all-time record. Brock reached another milestone in his final season in 1979, when he recorded his 3,000th career hit on August 13 against the Cubs. His jersey number 20 was retired by the Cardinals that same year and he was elected to the Baseball Hall of Fame on the first ballot in 1985.

In St. Louis, Brock was revered by Cardinals fans, employees, and younger players, frequently returning to Busch Stadium and handing out smiles and stories with unending kindness and generosity.

“(He was) a special human being that we are going to miss,” Cardinals manager Mike Shildt told the St. Louis Post-Dispatch. “He played so well, so long and in such a classy manner, and (he was) just a great representation of the birds on the bat.”