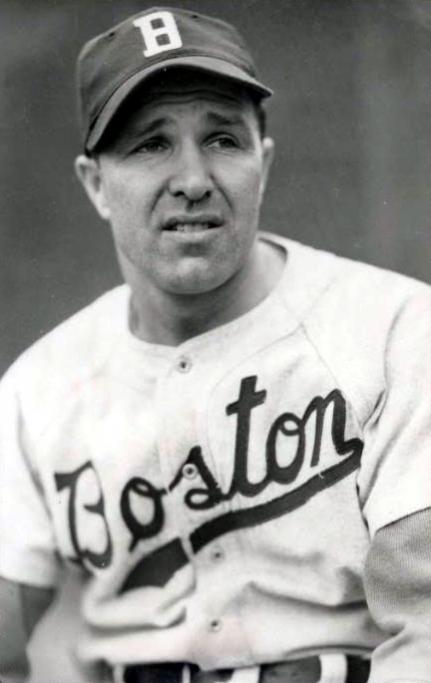 Mike Sandlock, the oldest living former major-league player, a switch-hitting catcher and infielder who spent parts of five seasons with the Boston Braves, Brooklyn Dodgers, and Pittsburgh Pirates, died after a battle with bone cancer on Monday, April 4, 2016, nearly six months after celebrating his 100th birthday.

Sandlock, born October 17, 1915, was one of just a handful of players to have reached the centennial milestone. He was honored last month by SABR’s Connecticut Smoky Joe Wood Chapter, which produced a book celebrating his life, 100: The 100 Year Journey of a Baseball Journeyman, Mike Sandlock, and shared the completed book with him at a private gathering on March 19. Sandlock spent his final years in his home state, living with his youngest son Damon and their family in the Cos Cob section of Greenwich, regaling visitors and friends with stories about his 16-year pro baseball career.

As Don Harrison wrote in Sandlock’s SABR biography, he “wasn’t a star at the major-league level, but he played with many who were.” He was a teammate of six Hall of Famers, including Warren Spahn and Ralph Kiner, and was managed by the legendary Casey Stengel and Leo Durocher. As a minor-leaguer in the Dodgers organization, Sandlock befriended many of Brooklyn’s fabled “Boys of Summer,” including Jackie Robinson, Pee Wee Reese, and Duke Snider, and he played a role in the development of fellow catcher Roy Campanella.

The title of oldest living former major-leaguer was passed on to Sandlock after Conrado Marrero died at age 103 in 2014. Sandlock and Marrero — who were once teammates on a winter-league championship team in Cuba that included Monte Irvin and Sam Jethroe — were two of the 17 former major-league players who have reached the age of 100.

Sandlock was feted by the Los Angeles Dodgers in 2012 as the franchise’s oldest living player and he was inducted into the Brooklyn Dodgers Hall of Fame. In a 2013 interview with the New York Times, Sandlock expressed a low-key approach to life and longevity: “Win some, walk off. Go in, have a beer. That’s it.”

Sandlock is survived by his sons Mike and Damon, daughter-in-law Allie; and six grandchildren. His wife, Vicki, died in 1982. Memorial services are pending.