The Big Fella: Babe Ruth and the World He Created, written by Jane Leavy and published by HarperCollins, is the winner of the 2019 Dr. Harold and Dorothy Seymour Medal, which honors the best book of baseball history or biography published during the preceding calendar year. 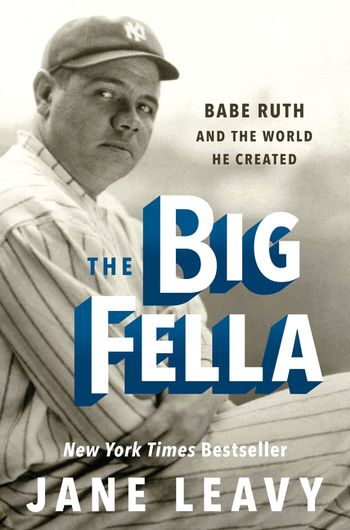 Leavy will receive her award at the banquet of the 26th annual NINE Spring Training Conference on Saturday, March 9, 2019, at the DoubleTree by Hilton Hotel in Tempe, Arizona.

The banquet includes the Seymour Medal ceremony, dinner, and the NINE keynote address by SABR member Curt Smith, the author of many baseball books, including most recently The Presidents and the Pastime: The History of Baseball and the White House, and a former speechwriter for President George H.W. Bush. To register for the NINE conference, visit nineconference.com.

Leavy painstakingly delineates how Ruth, with Christy Walsh's considerable marketing skill and assistance, created the modern sports celebrity who made more money and garnered more fame off the field than on it. She is an excellent storyteller, making her book readable and scholarly. The book is extensively and thoroughly researched in newspaper archives, Baltimore city records, and hundreds of interviews. She also skillfully captures the America of the "Roaring Twenties" and Ruth's place in that period of U.S. history. An author's ability to go beyond the baseball of the newspaper game write up or the box score and put it in the broader perspective of American history is an absolute essential for a baseball book to be considered scholarly. Leavy has accomplished this demanding task and has produced a fine contribution to an already vast historiography of Ruth.

Leavy, a SABR member since 2000, is the author of the New York Times best-sellers The Last Boy: Mickey Mantle and the End of America’s Childhood and Sandy Koufax: A Lefty’s Legacy, and the comic baseball novel, Squeeze Play. In The Big Fella, she set out to capture Ruth at the apex of his fame and to fill in gaps about his personal life and cultural legacy.

"There was an audacity to Babe Ruth that was astonishing," Leavy said. "America in the 1920s was a crazy time and he was an embodiment of recklessness and clout of the world at that time. He was a revolutionary and a genius, an inadvertent one, but with the help of [his agent] Christy Walsh. There will be someone else to come along who will figure out a way to change the game and do something different, but nobody else will be the first."

The other finalists for the 2019 Seymour Medal were: