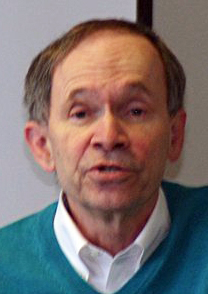 Author John G. Zinn is the 2020 recipient of the SABR Russell Gabay Award, which honors entities or persons who have demonstrated an ongoing commitment to baseball in New Jersey.

Zinn, from Verona, New Jersey, is the chairman of the board of the New Jersey Historical Society. He is a two-time winner of SABR’s Ron Gabriel Award in 2019 for his book Charles Ebbets: The Man Behind the Dodgers and Brooklyn’s Beloved Ballpark and in 2014 for Ebbets Field: Essays and Memories of Brooklyn’s Historic Ballpark, 1913-1960, co-authored with Paul G. Zinn.

“John’s research on baseball history in the Garden State has been a standard bearer,” said David Krell, chair of SABR’s Elysian Fields Chapter in New Jersey. “We are proud to honor his efforts with the 2020 Russell Gabay Award.”

“I’m very grateful and deeply honored,” Zinn said. “When I began working on early New Jersey baseball, I had no idea how little work had been done or the important role our state played in the early game. It’s been a pleasure to be able to contribute to a better understanding of the subject.”