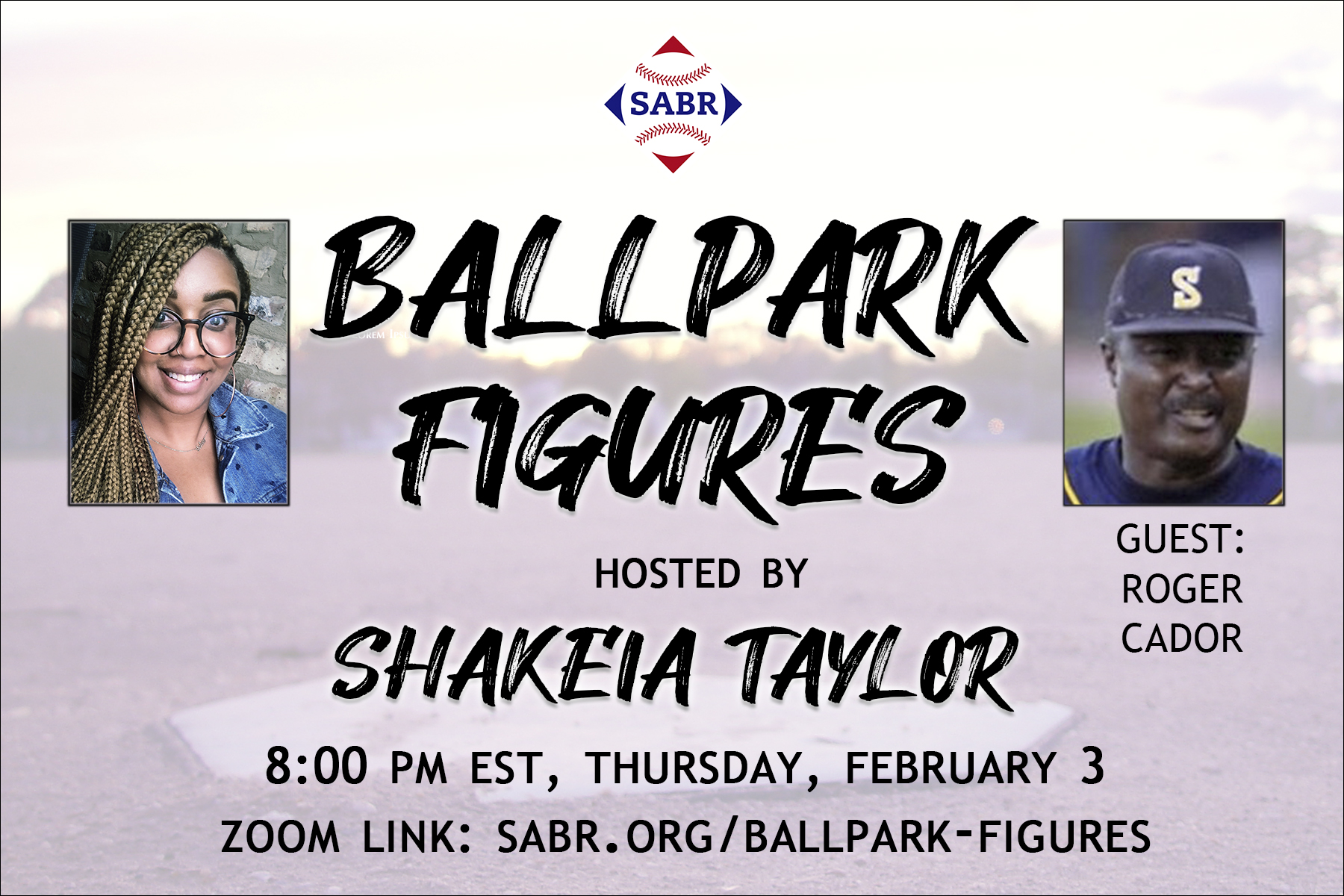 JANUARY 7, 2022 — SABR is excited to announce the launch of a new virtual event, Ballpark Figures, a monthly interview series hosted by Shakeia Taylor. The first live Zoom show — free for all baseball fans to attend — kicks off SABR Day festivities at 8:00 p.m. EST on Thursday, February 3.

Taylor is a Chicago-based baseball historian and freelance writer whose work has appeared at SB Nation, FanGraphs, Baseball Prospectus, MLB.com, Yahoo! Sports, and other outlets. She was a recipient of the 2021 SABR Analytics Conference Research Award for historical baseball analysis/commentary.

The first guest on Ballpark Figures is Roger Cador, who won more than 900 games and two HBCU national championships as the baseball coach for 33 years at Southern University. He was inducted in 2021 to the American Baseball Coaches Association Hall of Fame and in 2019 to the Louisiana Sports Hall of Fame.

Ballpark Figures will be held on the first Thursday of each month; beginning in March, registration will be free and open to any active SABR member. Visit SABR.org/join to sign up for a monthly or annual membership.