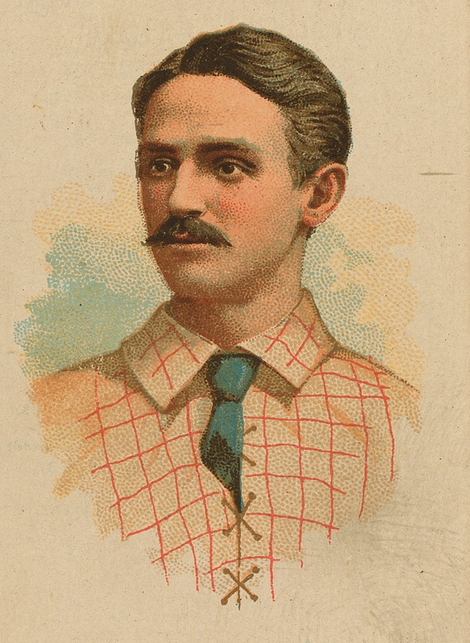 All baseball fans are invited to join us at 11:00 a.m. on Sunday, September 30, 2018, for a SABR 19th Century Baseball Grave Marker Project dedication ceremony at the burial site of Bob Caruthers at historic Graceland Cemetery, 4001 N. Clark Street in Chicago, Illinois.

Attendees should drive directly to Graceland Cemetery and, once inside, head directly to Section N (near the northwest corner of the cemetery.) Park near the gravesite where a number of SABR members will be on hand to conduct the dedication of the handsome stone monument.

The dedication ceremony will include a summary of Caruthers’ extraordinary career, how he got his nickname “Parisian Bob,” and a biographical sketch of this standout two-way star. Caruthers was selected by SABR members in 2017 as an Overlooked 19th Century Baseball Legend, worthy of further consideration for induction into the National Baseball Hall of Fame.

The new grave monument was funded through donations by individual SABR members and a generous contribution by Major League Baseball. The 19th Century Baseball Grave Marker Project Committee is chaired by Ralph Carhart and is supported by the efforts of SABR’s Nineteenth Century Committee. Dedication of individual grave markers are also facilitated by members of SABR Regional Chapters. For the Caruthers grave marker dedication, special thanks go to the Emil Rothe Chicago Chapter, especially Richard Smiley, Michael Bojanowski, and Seth Moland-Kovash.

We hope you’ll join us and other baseball history friends at this dedication ceremony.