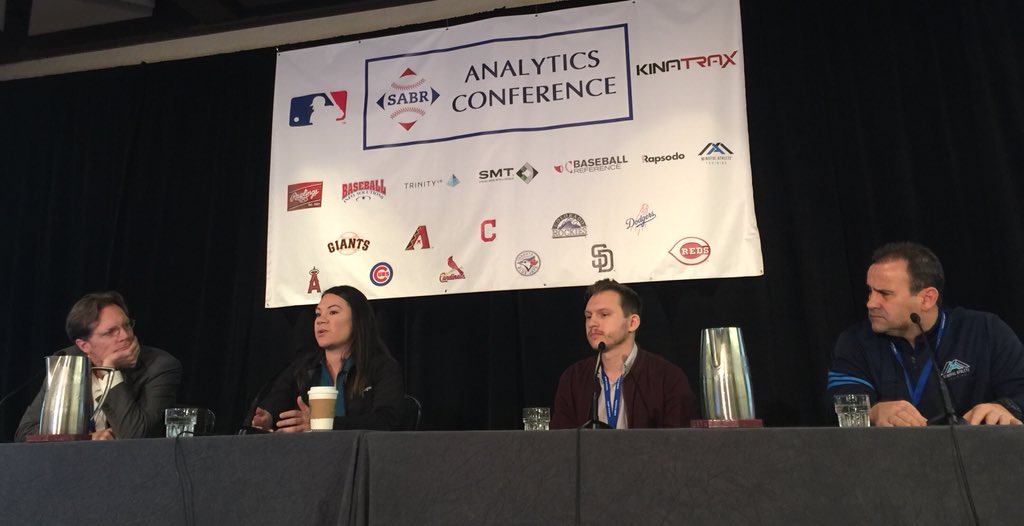 The eighth annual SABR Analytics Conference concluded on Sunday, March 10, 2019, with more panels and research presentations that showcased how the rise of analytics in recent years has affected the way we follow baseball. Sunday’s opening panel, Game Within a Game, focused on how data-driven decisions in the game have been affected by recent analytical and technological advancements.

Fragapane opened the panel by saying that the Dodgers are trying to use advances in data and technology in a way that can be applied to improving the team’s performance on the field. They want the technology to be useful for players — to “take it from being a front office thing being used to trade and cut guys” and instead use it to impact player performance on the field.

Picariello added that most players are only interested in new data if it can directly translate to helping them improve their game. If their progress isn’t being quantified and presented to them, he said, they’re not going to be interested in any kind of data you can throw at them.

Volyn said virtual reality and similar technologies can be applied directly to sports, so “looking in areas that don’t necessarily have the baseball background but have the technology, innovation, and analytics background” can still help improve the technology that TrinityVR is producing for players. 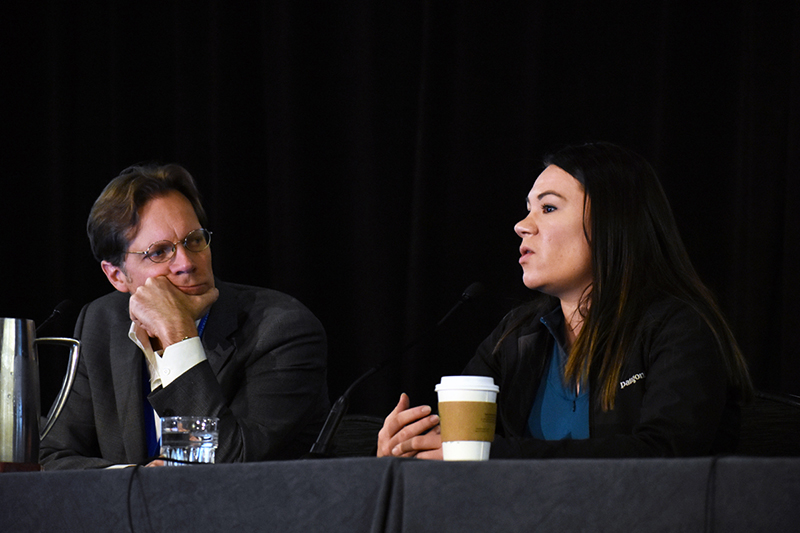 Volyn also discussed his experience with showing virtual-reality data to teams and how they accept it. He said TrinityVR is focusing on “building tools so that we can communicate with all different levels.”

Picariello agreed, noting that one key in getting organizations to recognize the value of new technology is to make it clear that the data are not there to replace older, successful strategies, just to expand on them and complement them.

Picariello added that increasing an athlete’s mental awareness can be done in many simple ways that fans may overlook. For example, he said, many fans may think of “walk-up music” as entertainment purposes, but many players use their walk-up songs to put them in a state of calmness that can produce better results in their at-bat. Their song of choice often “reminds them of positive success,” and puts their mind in a calm place that increases their chances to have a successful at-bat.

Volyn said that more technological advancements are still to come, and that new methods will “open up and enable the access” to even more players and teams, since the technology will also become cheaper and more accessible. Fragapane agreed, saying that technology for pitchers has advanced a lot over the last few years, but that there haven’t been as many technological advancements for hitters, and “we’ll see the industry move a little more in that direction.”

The Game Within a Game panel was a highlight of a great SABR Analytics Conference, which year after year reveals just how much analytics have grown in the past number of years and how much they have revolutionized the way players, coaches, teams, fans, and the media interact with the game they love.