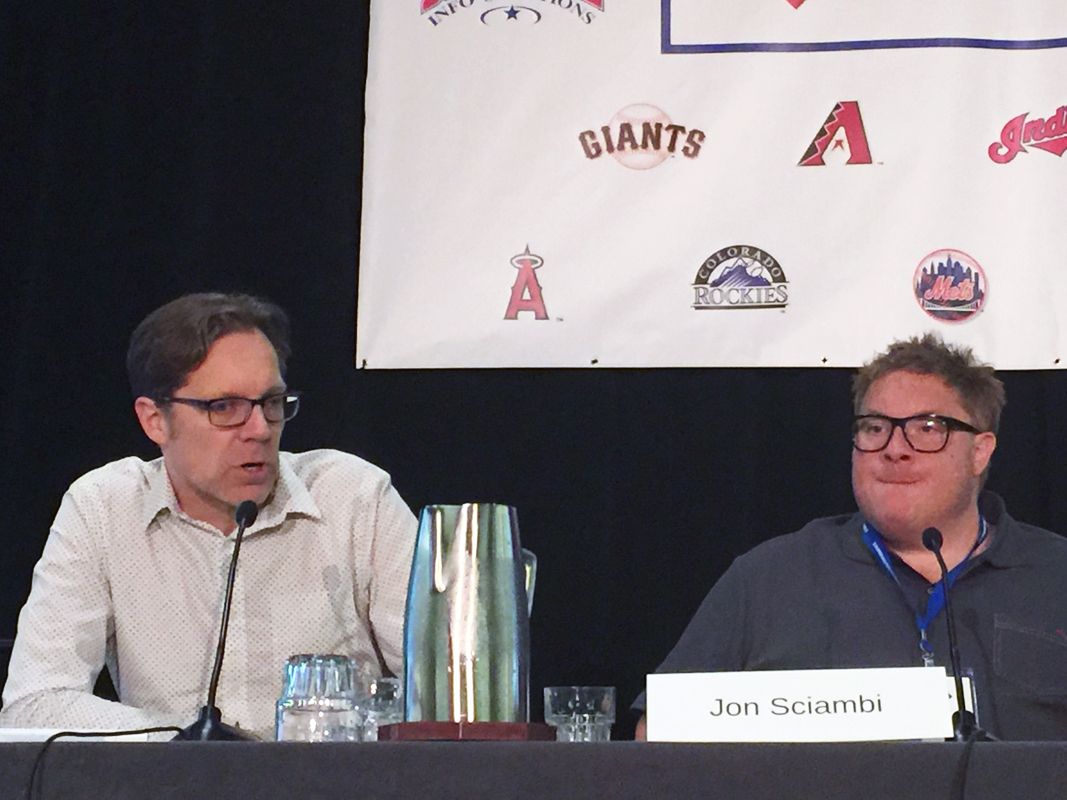 Another highlight of the day was the Is the Media Doing its Part to Advance the Analytics Discussion? panel, with ESPN’s Boog Sciambi, The Athletic’s Eno Sarris, baseball author Rob Neyer, and moderator Brian Kenny of MLB Network.

Kenny opened the panel by asking the three panelists what baseball writers introduced them to sabermetrics and persuaded them to get on board with the analytical movement. Neyer explained that he loved sports as a kid and that he would read Sports Illustrated and articles in the local morning and evening newspapers, noting that this was “back when you had to get the evening paper to see the box score of the previous night’s game if it was on the west coast. … I was religious about all of them.”

Everything changed for Neyer in 1984, when he went to college and first encountered Bill James’s writing. James’s work enthralled Neyer in such a way that he “knew this was for me.”

Sciambi, like Neyer, grew up as a sports fan, and recalled that his mother would leave the previous night’s Phillies score on his doorknob so that he would see it immediately when he woke up in the morning. He also remembered that when his parents had introduced to him the idea of a cruise, it seemed unappealing to him, mainly since he realized that people traveling on cruises had no way of knowing the box scores of the most recent baseball games. “I’ve never been on a cruise in my life,” Sciambi said with a smile. 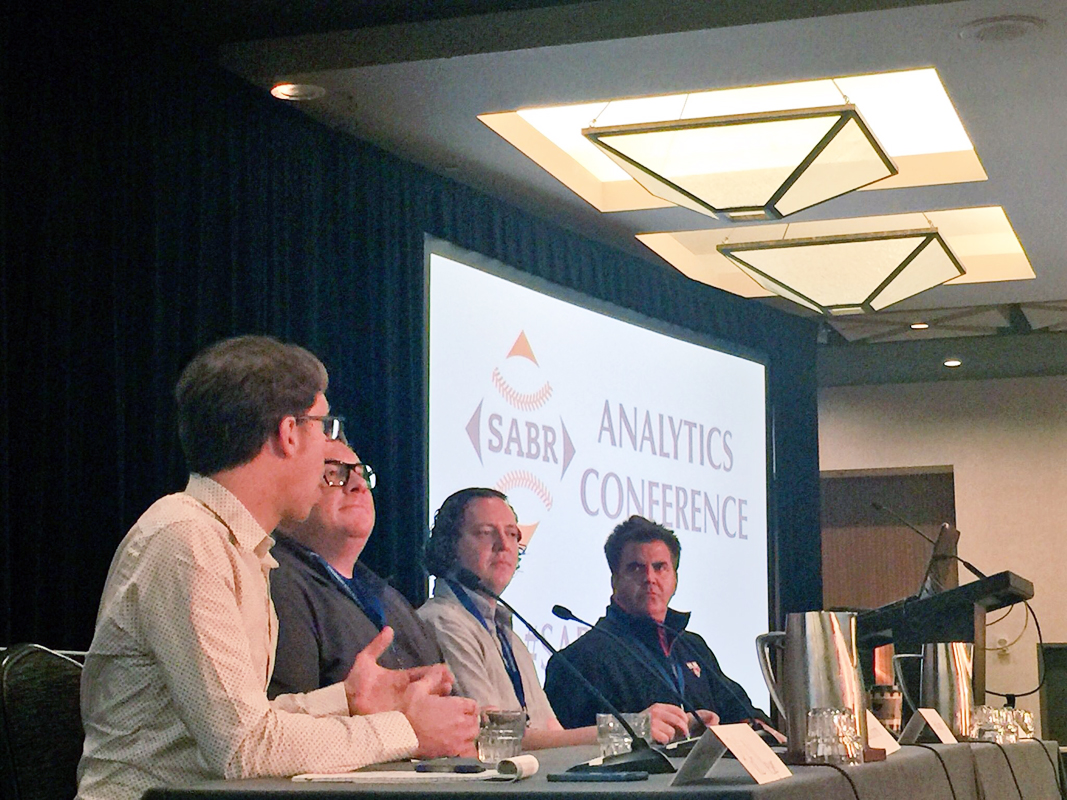 Kenny later asked why players who move into the broadcast booth were among the most “resistant” people within the baseball industry to embrace the sabermetrics movement.

He said the sabermetric movement can benefit by educating players on what advanced metrics can teach them. “The more we do that, the more I think there will be sort of a healthy relationship between front offices and players, and players who become analysts, and the numbers.”

Stay tuned to SABR.org/analytics for more coverage from the conference.