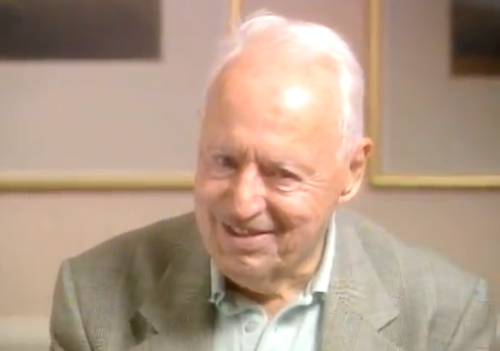 It is not an overstatement to say that Marvin Miller is, along with Jackie Robinson, arguably one of the two most influential figures in baseball history.

The longtime executive director of the Major League Baseball Players Association, who helped usher in the era of free agency and changed baseball's financial fortunes forever, died on Tuesday, November 27, 2012, at the age of 95.

"Marvin was the most extraordinary man I ever met," broadcaster and former MLB catcher Tim McCarver told MLB.com. "You know, the players knew nothing before Marvin took over. The minimum salary had been the same for 22 years. Riding trains was considered first-class travel, and West Coast teams were involved by then. That the standard player's contract was unchanged for so long is mind-boggling. We knew so little that he had to teach us before we could move on anything. And he taught us and we did move on."

After helping guide Curt Flood through his historic (and ultimately unsuccessful) lawsuit that challenged baseball's reserve clause system — which restricted players to the team that owned them — Miller turned his attention to helping the players establish free agency. As law professor Roger Abrams wrote in an article for the Fall 2009 Baseball Research Journal, after arbitrator Peter Seitz made his historic decision in 1975 abolishing the reserve clause system, Miller helped negotiate a settlement that still reverberates today:

The club owners could not countenance a system where its employees could select their employers without restriction. At the bargaining table they demanded restrictions on free agency, and, perhaps to their amazement, the Players Association agreed.

Marvin Miller, that wily labor leader, understood his economics better than baseball management. There would be chaos off the playing field if every player was able to declare free agency at the close of any season after the option clause had been exercised once. Miller knew that the more willing sellers (players) in the marketplace, the lower the price (the salary). He wanted to restrict the number of players who could participate in the free agency auction to keep up the price. The deal the parties reached required a player to accumulate six years of major-league service before becoming eligible for free agency.

The rest, they say, is history. Player salaries skyrocketed, increasing sevenfold in the next decade as the free market came to baseball.32 The fears expressed by owners about baseball dynasties proved unfounded in the short run. In that first decade, ten different clubs won the World Series—the only time that has happened in the history of the century-old post-season tournament. Since that time, the parties have tinkered with their reserve/free agency system, but it has remained fundamentally unchanged.

Miller was the keynote speaker at SABR's 34th annual convention in 2004 in Cincinnati and was interviewed that same year by former commissioner and longtime SABR member Fay Vincent as part of SABR's Oral History Collection. You can watch a clip of the interview here: