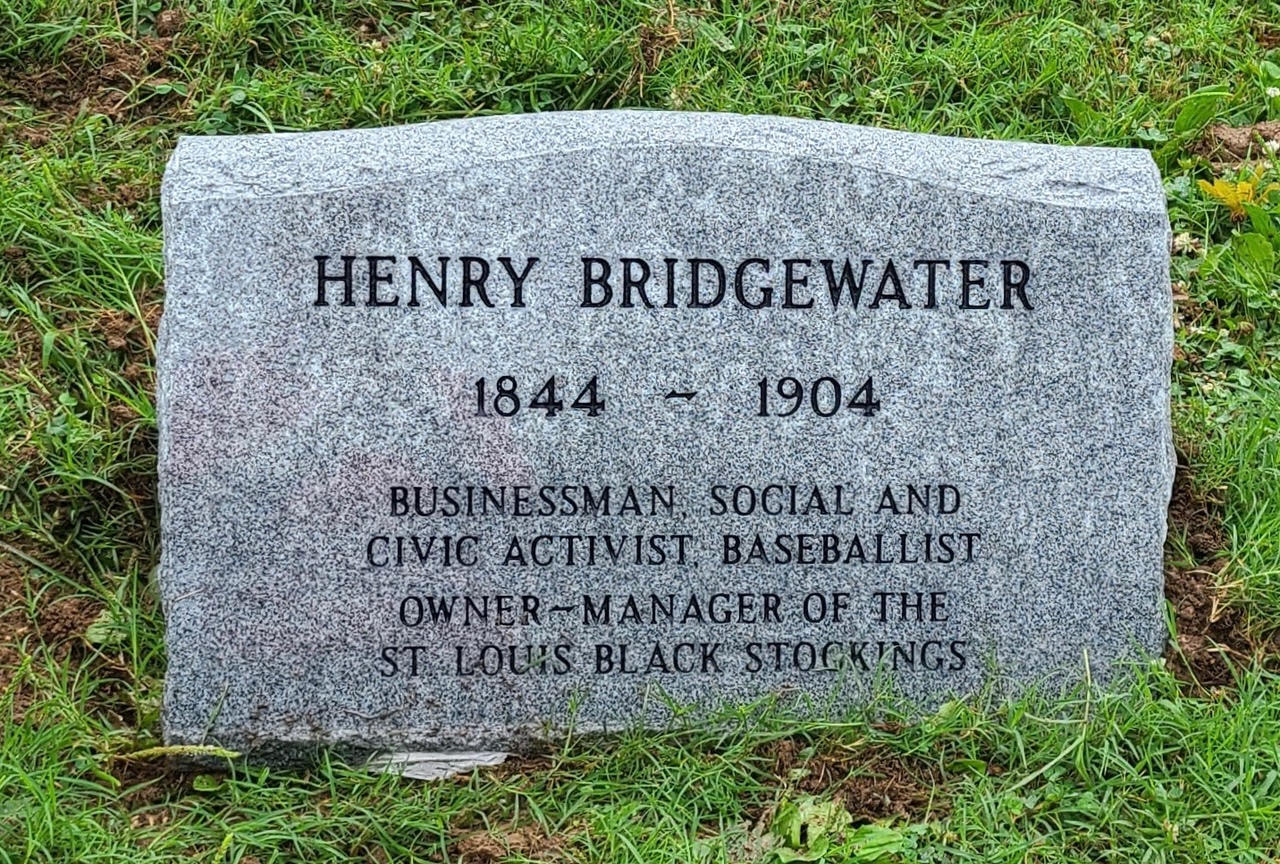 JULY 1, 2021 — The Negro Leagues Baseball Grave Marker Project has completed the research, purchase, and installation of a grave marker for the unmarked grave of Henry Bridgewater at St. Peter’s Cemetery in Normandy, Missouri, in St. Louis County. This marker represents the second marker placed at this cemetery and the 45th marker placed by the NLBGMP since its formation in 2004.

St. Peter’s Cemetery is the final resting place for at least 11 Negro Leagues baseball players and team owners, including Hall of Famer James “Cool Papa” Bell. Five of these players are buried in unmarked graves at this time.

According to Dr. James Brunson’s extensive research on 19th-century Black baseball, Bridgewater was most likely born into slavery in St. Louis in 1844. He eventually became one of the most influential and wealthiest African American businessmen in the city. In the 1880s, his baseball team — the St. Louis Black Stockings — became the dominant Black baseball team in the region, with local White professional teams refusing to play them.

Brunson writes: “Celebrated nationally as colored champions in 1882, Bridgewater’s Black Stockings reinvigorated colored baseball and the black sporting crowd of St. Louis.” During his ownership, according to Brunson, the Black Stockings made four professional tours, competing against amateur, semiprofessional, and professional clubs.

Unfortunately, Bridgewater’s goal of forming a national Black baseball league never materialized. After baseball, his interests shifted to social activism. He died in St. Louis in 1904.

To learn more about the project, visit NLBGMP.com. To make a donation and support future research, click here and earmark your donation for the “Negro Leagues Grave Marker Project.”