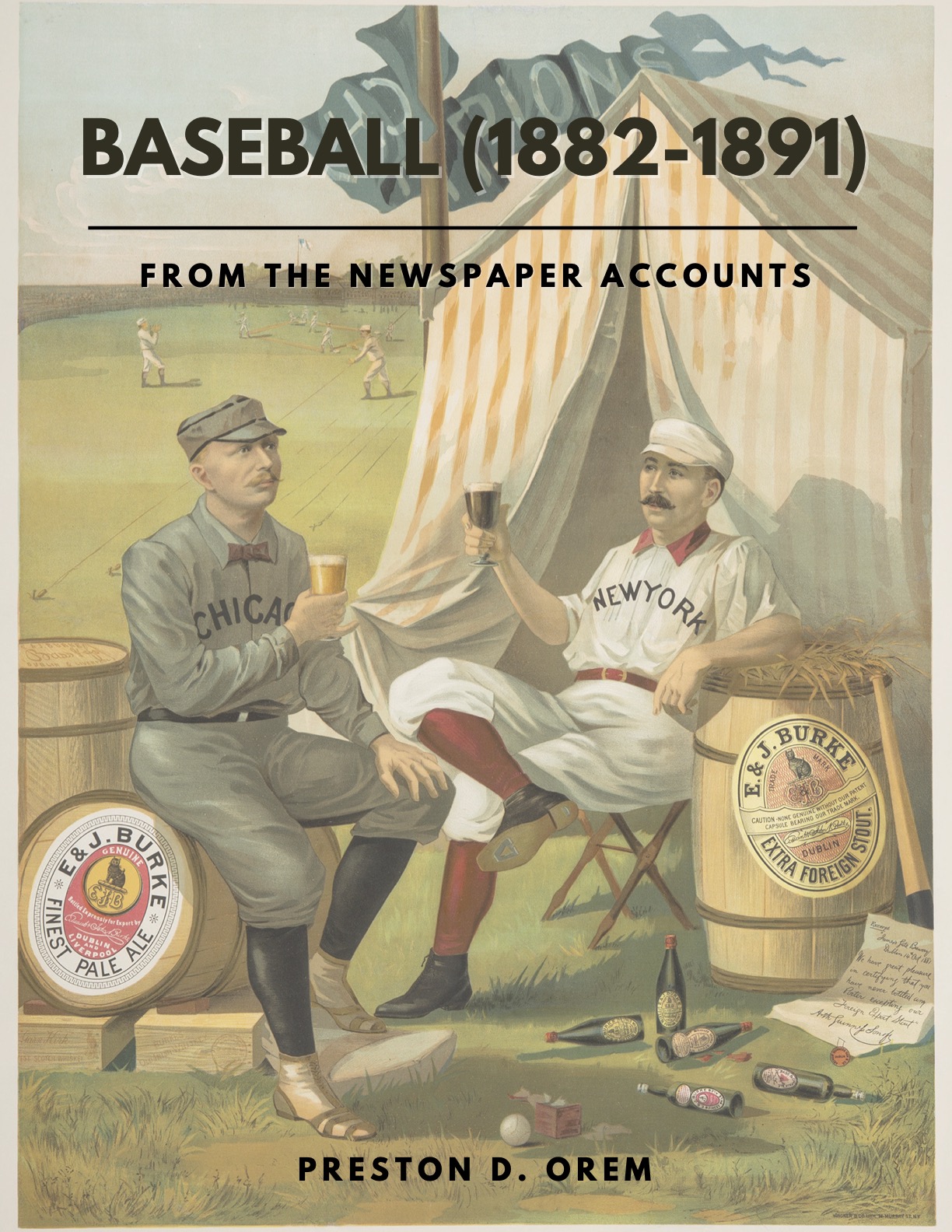 An invaluable research collection on 19th-century baseball is now available for all SABR members to download on the Research Resources page.

Historian Preston D. Orem’s Baseball (1882-1891) From the Newspaper Accounts, ten original volumes of exhaustive research from contemporary newspapers covering professional baseball for each season from 1882 to 1891, is now available as a free PDF download. The 714-page volume at SABR.org includes a new foreword by John Thorn and a preface by Bob Bailey.

Orem’s previous Newspaper Accounts book, self-published in 1961, covered the 1845 to 1881 seasons and has long been used as a source by writers and researchers on 19th-century baseball. This title, originally released in 1966-67, is much harder to find.

In addition to his writing, Orem is also known as a pioneer in the baseball card collecting industry. In the 1950s and ’60s, he amassed a 75,000-card collection and his most important contribution to the field was his development of checklists and set catalogues.

As Bailey writes in his preface, “The period of the volumes from 1882 to 1891 includes the establishment of the American Association, the National League’s most successful competitor of the 19th century, the single-season competition from the Union Association (1884) and the Players League (1890), and the ultimate demise of the American Association with the formation of the 12-team Big League after the 1891 season. When you read his accounts, you see what transpired each season and you see vignettes of player’s escapades, and you come away with a full sense of the pennant race, the postseason and the machinations of the owners as baseball evolved through the period. Also, there is a certain eccentricity to the notes that do not cover a specific event. They might be a brief story of a player’s activities, a run-in with an umpire, or an owner’s petulancy over some real or perceived slight — in all, a wonderful picture of 19th century baseball.”

SABR members can visit profile.sabr.org/research-resources to download a free PDF copy of Orem’s Baseball (1882-1891) From the Newspaper Accounts. To become a SABR member, visit SABR.org/join.