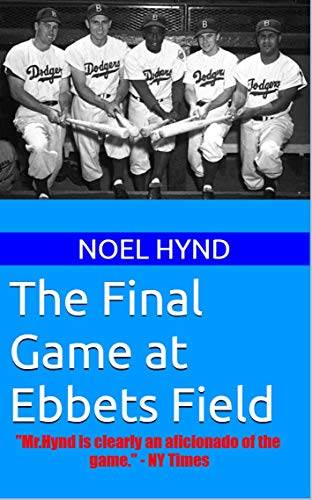 SABR is pleased to announce that Noel Hynd’s The Final Game at Ebbets Field, published by Red Cat Tales, has been selected as the winner of the Ron Gabriel Award in 2020.

Hynd, who lives in the Los Angeles area, is an acclaimed author and novelist with many books in the spy/espionage and true crime genres. He is also the author of The Giants of the Polo Grounds and a former contributor to Sports Illustrated and several other national magazines.