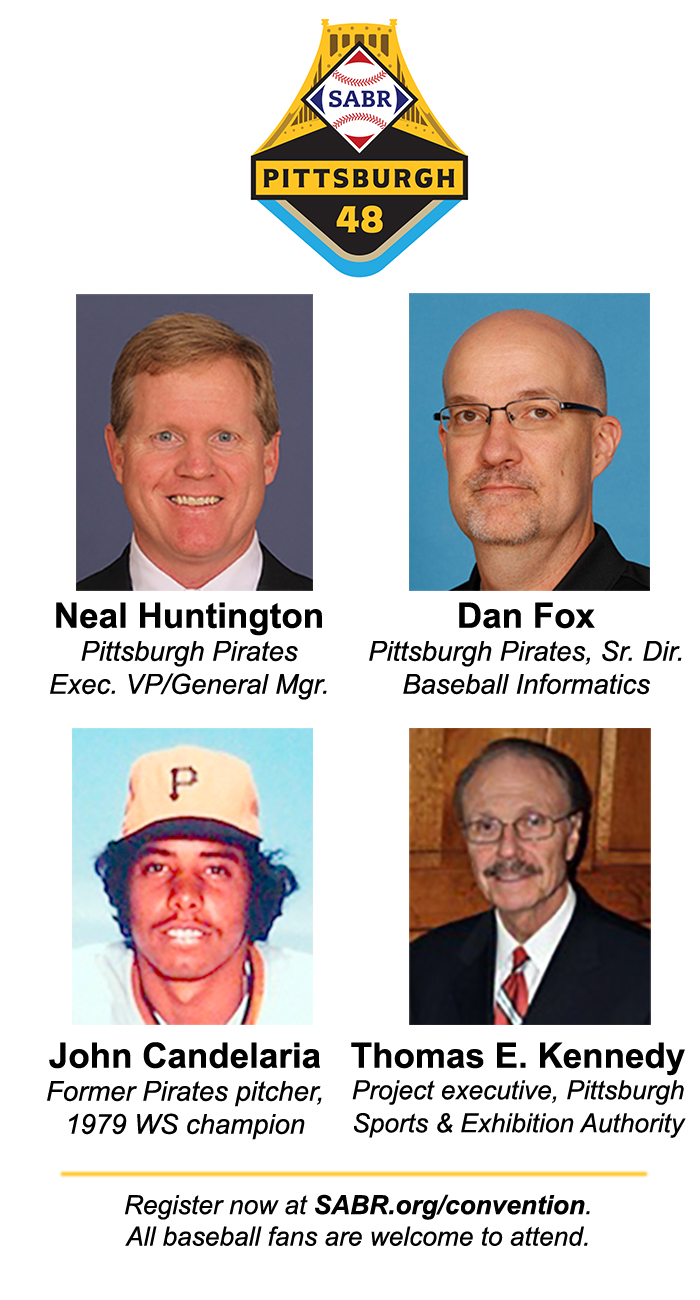 We are pleased to announce some of our featured speakers and panelists for the SABR 48 convention this summer in Pittsburgh.

SABR 48 will be held June 20-24, 2018, at the Wyndham Grand hotel in downtown Pittsburgh, just blocks from PNC Park. The conference is open to all baseball fans, and early registration is now available online. Click here to register!

Here is some more information about our featured speakers:

Huntington, Fox, Kennedy, and Pirates broadcaster Joe Block will speak at the SABR 48 “A Day at the Ballpark” session on Friday, June 22. They will join our other featured speakers and panelists at SABR 48, including Pittsburgh Pirates president Frank Coonelly and a special panel on the life and legacy of pioneering African American sports writer Wendell Smith that includes authors Chris Lamb, Larry Lester, Pamela E. Walck, and David K. Wiggins.

The annual SABR convention, which is open to all baseball fans, includes top featured speakers from around the baseball world — front office executives, players, managers, scouts, journalists, historians, and analysts — innovative panel discussions, groundbreaking research presentations, major and minor league games, tours of historic ballparks, the SABR Trivia Contest, the Awards Luncheon, and most of all, the opportunity to make and renew baseball friendships over the course of this exciting and memorable event.