We're excited to announce two of our featured panels for the SABR 47 convention this summer in New York City.

Our convention in New York City will include panels on two memorable and beloved Yankees greats.

The Jim Bouton: A Life in Baseball panel at 1:00 p.m. Saturday, July 1 is expected to include:

The It Ain't Over: The Legacy of Yogi Berra panel at 9:15 a.m. Saturday, July 1 is expected to include:

In addition, the SABR 47 convention will also include these special guests:

More details and the complete schedule will be announced in the coming months. Find more information on SABR 47 at SABR.org/convention. 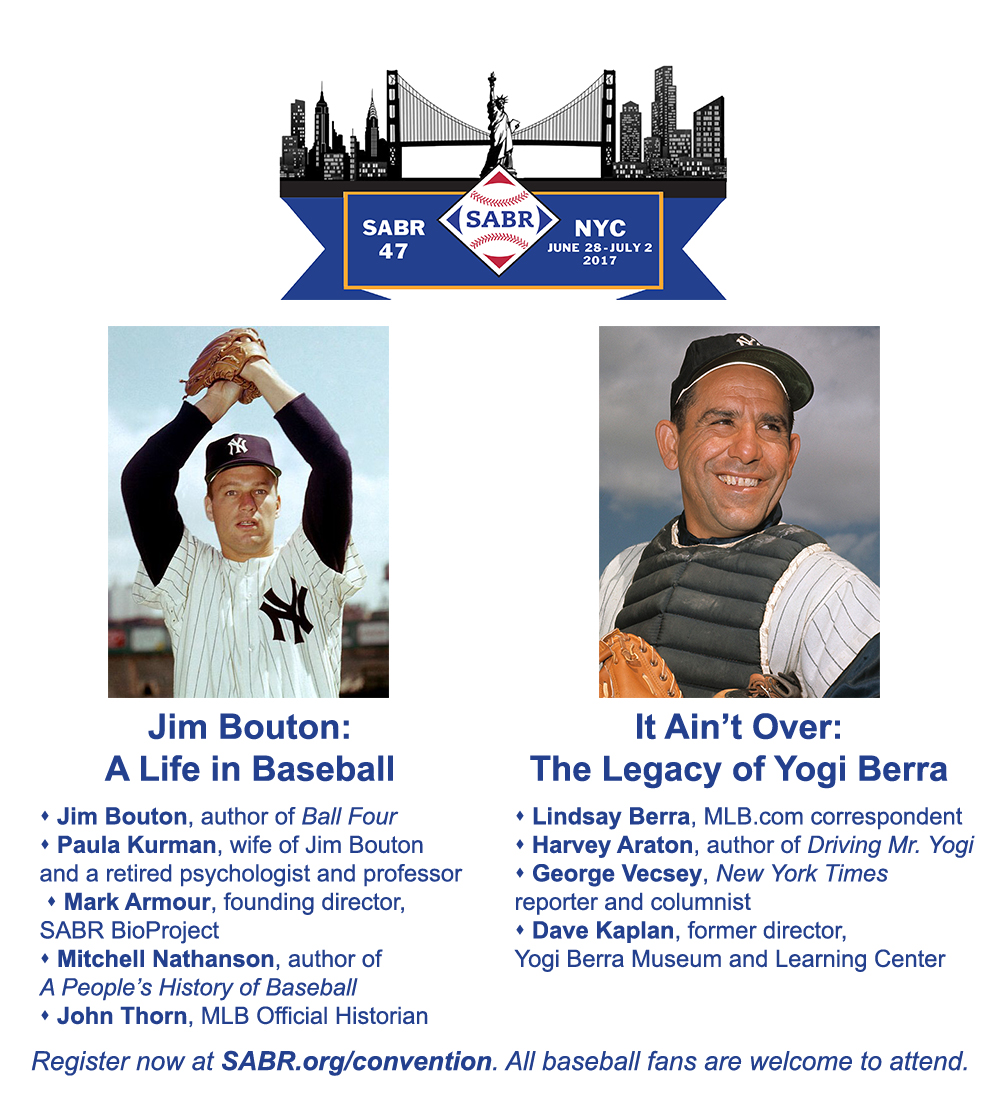