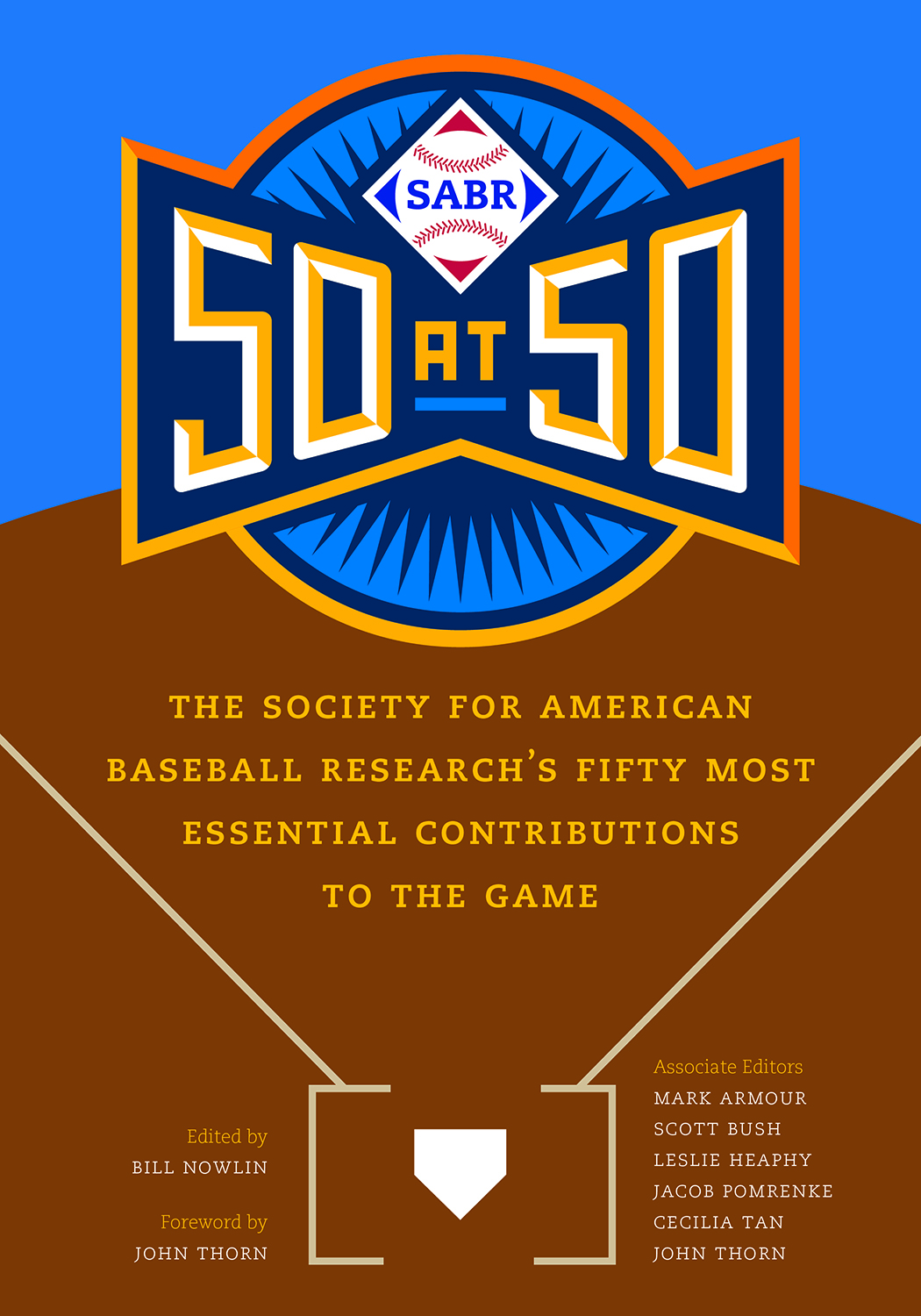 MAY 4, 2020 — Baseball has seen many changes in the last 50 years, and SABR’s 50th anniversary provides an opportunity to highlight the most memorable players, teams, and events from the game’s glorious past.

SABR 50 at 50: The Society for American Baseball Research’s Fifty Most Essential Contributions to the Game, edited by Bill Nowlin and now available for pre-order from the University of Nebraska Press, celebrates and highlights SABR’s wide-ranging contributions to baseball history.

Established in 1971 in Cooperstown, New York, SABR has sought to foster and disseminate the research of baseball — with groundbreaking work from statisticians, historians, and independent researchers — and has published dozens of articles with far-reaching and long-lasting impact on the game. Among its current membership are many Major and Minor League Baseball officials, broadcasters, and writers as well as numerous former players.

The diversity of SABR members’ interests is reflected in this fiftieth-anniversary volume— from baseball and the arts to statistical analysis to the Deadball Era to women in baseball. SABR 50 at 50 includes the most important and influential research published by members across a multitude of topics, including the sabermetric work of Dick Cramer, Pete Palmer, and Bill James, along with Jerry Malloy on the Negro Leagues, Keith Olbermann on why the shortstop position is number 6, John Thorn and Jules Tygiel on the untold story behind Jackie Robinson’s signing with the Dodgers, and Gai Berlage on the Colorado Silver Bullets women’s team in the 1990s.

Leading up to SABR’s 50th anniversary in 2021, the organization will also produce a series of online exhibits at SABR.org to highlight baseball’s most impactful players and off-field figures, ballgames, record-breaking feats, books, films, stories, milestones, and baseball cards.