SABR members were treated to a scout's preview of the Rising Stars Game on Saturday morning, then got to see Major League Baseball's top prospects with their own eyes on the final day of the 2012 SABR Arizona Fall League Conference. 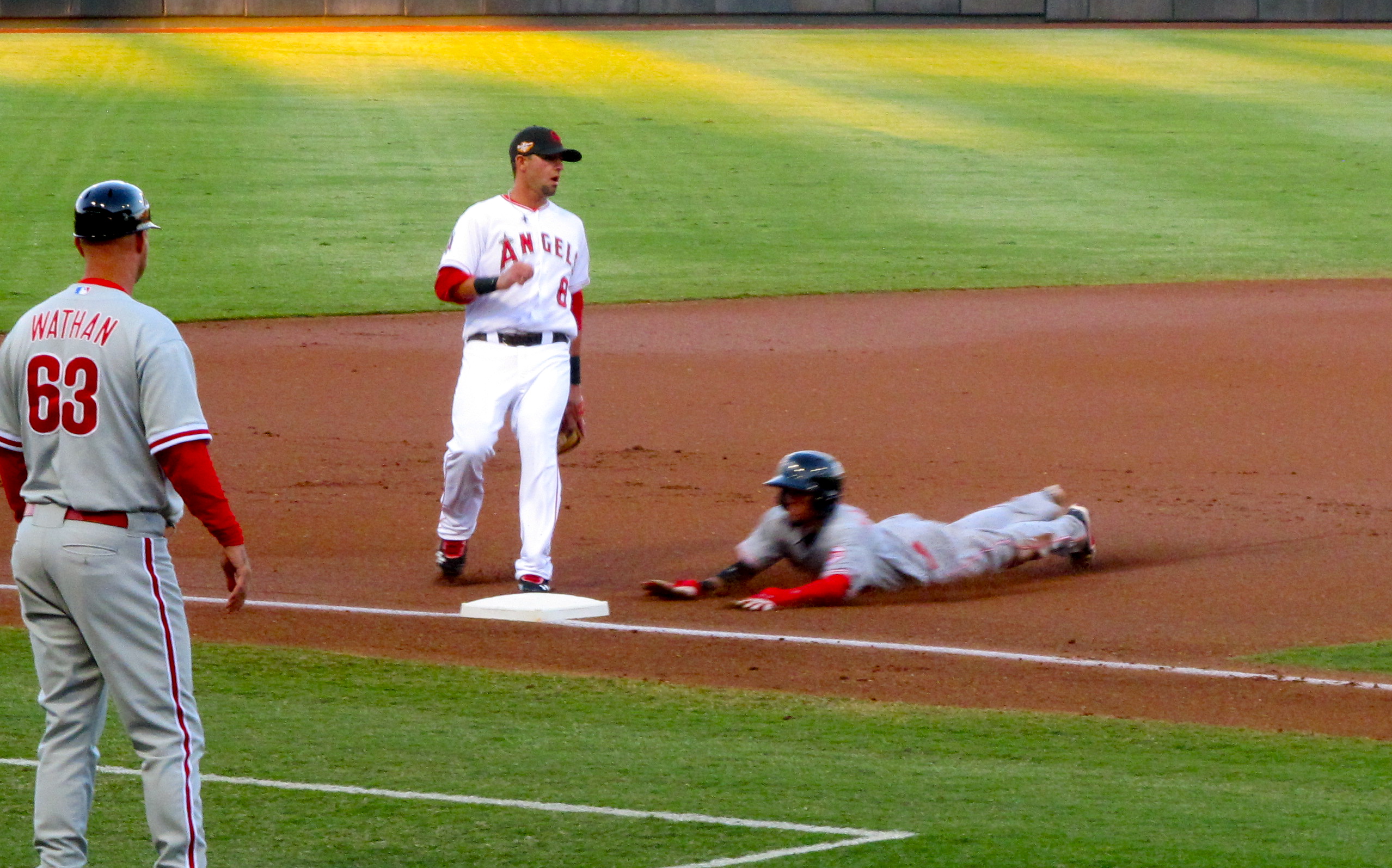 Billy Hamilton, the speedy Cincinnati Reds minor leaguer who set an all-time single-season professional baseball record with 155 stolen bases, was the highlight of Saturday's Rising Stars Game at Salt River Fields at Talking Stick. He stole two bases in the first inning, made a stellar running catch in deep center field, and raced to third base on a drag-bunt single in the fifth, scoring two runs and living up to his hype as the fastest player in baseball.

"He could play center field in the major leagues tomorrow. He has tremendous closing speed, the fastest player I've seen," Bernie Pleskoff said at the SABR Flame Delhi Chapter meeting on Saturday morning. Pleskoff is a former scout with the Astros and Mariners who now writes for MLB.com and Rotowire. (Follow him on Twitter at @BerniePleskoff.)

"But he still has work to do. He has to learn to take more pitches, which he's working on here in the fall league. He should beat the ball into the ground and use his speed to get on base. That's where he's at his best."

Pleskoff also offered his thoughts on several other top prospects who are turning heads in the AFL:

Flame Delhi Chapter president Rodney Johnson also spoke about some memorable plays in his experience as an official scorer with the Arizona Diamondbacks, including the end of Darwin Barney's streak of consecutive errorless games — just three outs shy of the major league record — in September 2012.

Johnson also talked about the chapter's namesake, Flame Delhi, the first Arizona native to make the major leagues who pitched one game for the Chicago White Sox one hundred years ago. (Read Delhi's SABR biography here.)

"That's what SABR is all about," said Johnson, who is also organizer of the SABR AFL Conference. "Everyone loves Ted Williams. Who else but us loves Flame Delhi?"

For more coverage of the 2012 SABR AFL Conference, visit SABR.org/AFL. Hope to see you next year!