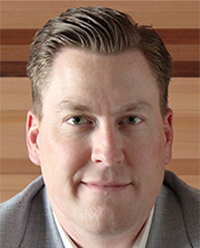 PHOENIX, Arizona – September 4, 2018 — The SABR Board of Directors is pleased to announce the hiring of Scott Bush as the organization’s Chief Executive Officer. Bush comes to SABR after serving as the Senior Vice President for Business Development with the Goldklang Group, a premier baseball ownership group that operates both independent clubs and MLB affiliates.

Since graduating from the University of Minnesota, Bush has held positions with increasing responsibilities in both sports and media, including a five-year stint as Assistant General Manager for the St. Paul Saints, where he played a key role in establishing CHS Field in St. Paul, Minnesota. His demonstrated commitment to creativity and his established track record of generating revenue, cultivating new markets, and collaborating with a wide range of stakeholders make Bush an ideal fit for the next stage of SABR’s evolution within the baseball ecosystem.

“I’m excited to build on SABR’s great foundation, expand its relationships within the baseball industry, and explore new media channels for the great content produced by our devoted group of baseball lovers,” Bush said. “I will also look for ways that regional chapters can engage their local communities to help cultivate new baseball fans and, ultimately, new members. Having been fortunate enough to build a career around the game of baseball, I am honored to be responsible for the direction of SABR.”

Bush will begin in his role on October 1 and be based at the SABR headquarters in Phoenix, Arizona.