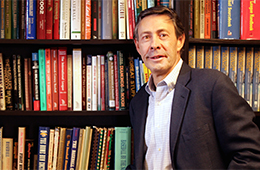 Phoenix, Arizona – May 11, 2018 – Marc Appleman, SABR’s Chief Executive Officer, announced today that he is resigning effective July 6, 2018, to pursue another opportunity, which he will soon announce.

Appleman’s tenure at SABR transformed the organization. In 2011, SABR moved to Phoenix and began transitioning from a predominantly member dues-based organization to one with sponsor relationships and industry events.

Over Appleman’s eight-year tenure, SABR launched the SABR Analytics Conference, a must-attend for baseball analysts; established a deal with MLB Advanced Media to license SABR intellectual property; established a sponsorship deal with Rawlings to incorporate the SABR Defensive Index into the Gold Glove Award voting process; oversaw the creation of an electronic publishing program that now delivers a book a month to members at no cost; and created a relationship with the Walter Cronkite School of Journalism and Mass Communication at Arizona State University, which ultimately led to SABR’s offices locating there.

“Marc has done an outstanding job for SABR. We thank him for his enduring contributions and wish him well in his future projects,” said Vince Gennaro, president of the SABR Board of Directors.

The Board of Directors will announce more information about the search process for Appleman’s replacement shortly.