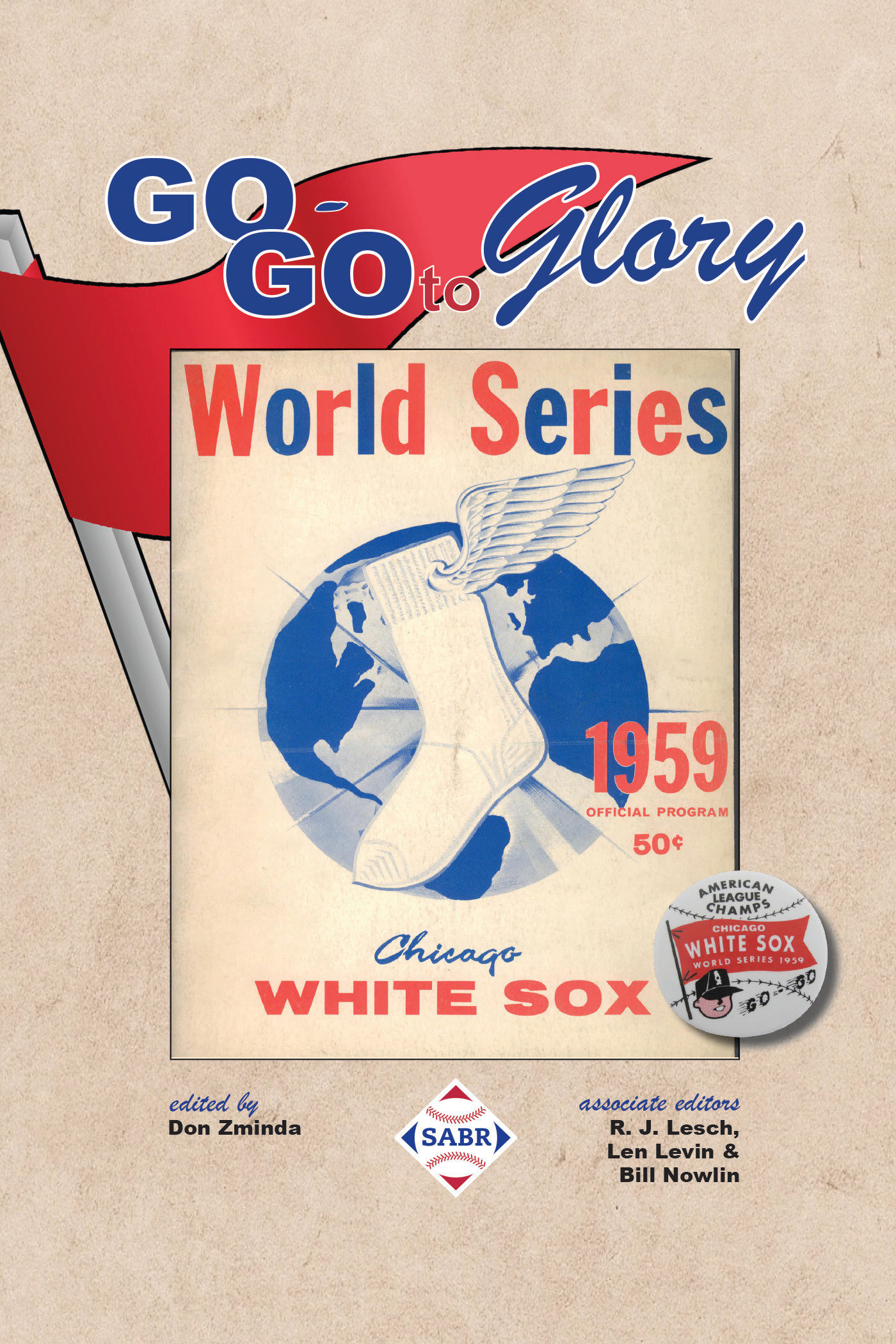 Sound off the sirens! Add a championship baseball book to your collection with our newest title from the SABR Digital Library:

The 1959 Chicago White Sox broke a 40-year pennant drought on the city’s South Side, begun after the 1919 Black Sox Scandal. The scrappy Go-Go Sox, with pitching, fielding and timely hitting, finally overcame the New York Yankees’ dominance of the American League, only to lose to the Los Angeles Dodgers in the World Series.

Go-Go to Glory is a tribute to the men of that Go-Go Sox team. More than a simple memoir of a memorable season, it provides an in-depth look at an entire era of baseball through the prism of one remarkable team in Chicago. Here you’ll find original biographies of every single player, coach, broadcaster and key front-office personnel who contributed to the magical 1959 season, as well as appreciations of the 1950s White Sox by fans and historians. The book features individual lifetime biographies of owner Bill Veeck, manager Al Lopez, and players, coaches and management of the 1959 White Sox.