You won't want to miss this championship book just published by the SABR Digital Library; add it to your baseball collection today: 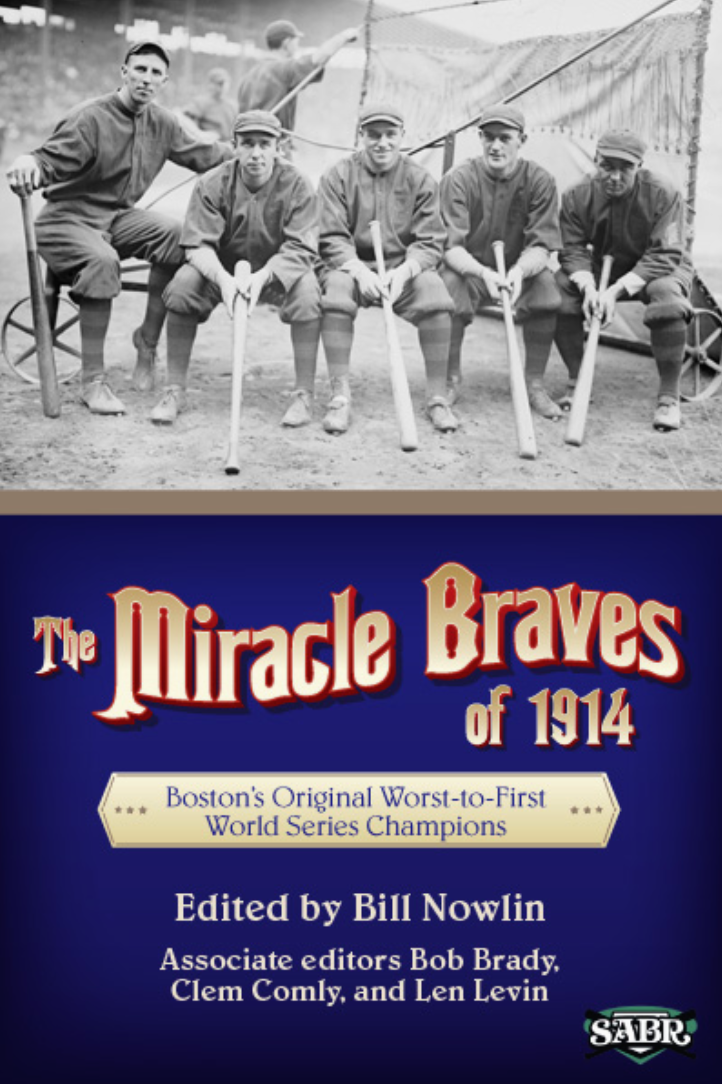 Long before the Red Sox "Impossible Dream" season, Boston’s now nearly forgotten “other” team, the 1914 Boston Braves, performed a baseball “miracle” that resounds to this very day. The "Miracle Braves" were Boston's first "worst-to-first" winners of the World Series.

Shortly after the turn of the previous century, the once mighty Braves had become a perennial member of the National League’s second division. Preseason pundits didn't believe the 1914 team posed a meaningful threat to John McGraw’s powerful New York Giants. During the first half of that campaign, Boston lived down to such expectations, taking up residence in the league’s basement.

Refusing to throw in the towel at the midseason mark, their leader, the pugnacious George Stallings, deftly manipulated his daily lineup and pitching staff to engineer a remarkable second-half climb in the standings all the way to first place. The team’s winning momentum carried into the postseason, where the Braves swept Connie Mack's heralded Athletics and claimed the only World Championship ever won by Boston’s National League entry. And for 100 years, the management, players, and fans of under-performing ball clubs have turned to the Miracle Braves to catch a glimmer of hope that such a midseason turnaround could be repeated.

Through the collaborative efforts of a band of dedicated members of the Society for American Baseball Research, this benchmark accomplishment is richly revealed to the reader in The Miracle Braves of 1914: Boston's Original Worst-to-First World Series Champions. The essence of the “miracle” is captured through a comprehensive compendium of incisive biographies of the players and other figures associated with the team, with additional relevant research pieces on the season. After a journey through the pages of this book, the die-hard baseball fan will better understand why the call to “Wait Until Next Year” should never be voiced prematurely.