Add a fantastic baseball book to your collection with the newest title in the SABR Digital Library: 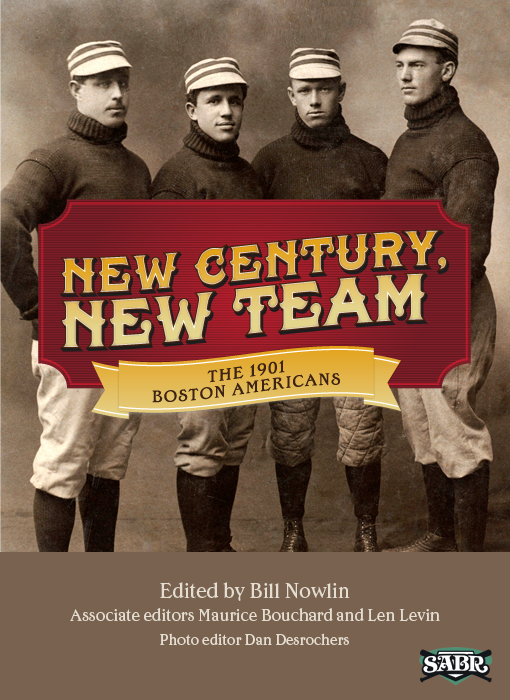 The team now known as the Boston Red Sox played its first season in 1901. The city of Boston had a well-established National League team, known at the time as the Beaneaters, but the founders of the American League knew that Boston was a strong baseball market and when they launched the league as a new major league in 1901, they went head-to-head with the N.L. in Chicago, Philadelphia, and Boston. Chicago won the American League pennant and Boston finished second, just four games behind.

The Boston Americans played in a new ballpark — the Huntington Avenue Grounds — literally on the other side of the railroad tracks from the Beaneaters and they out-drew the Beaneaters by more than 2-1, in part because they had enticed some of the more popular players — player/manager Jimmy Collins, pitcher Cy Young, and slugger Buck Freeman.

This volume represents the collective work of more than 25 members of SABR—the Society for American Baseball Research. It offers individual biographies of the players, team owner Charles Somers, league founder Ban Johnson, and two of the team's most noted fans: Hi Hi Dixwell and Nuf Ced McGreevy. There is also a "biography" of the Huntington Avenue Grounds ballpark and a study of media coverage of Boston baseball in 1901, and a timeline running from the first spring training through that year's postseason games.