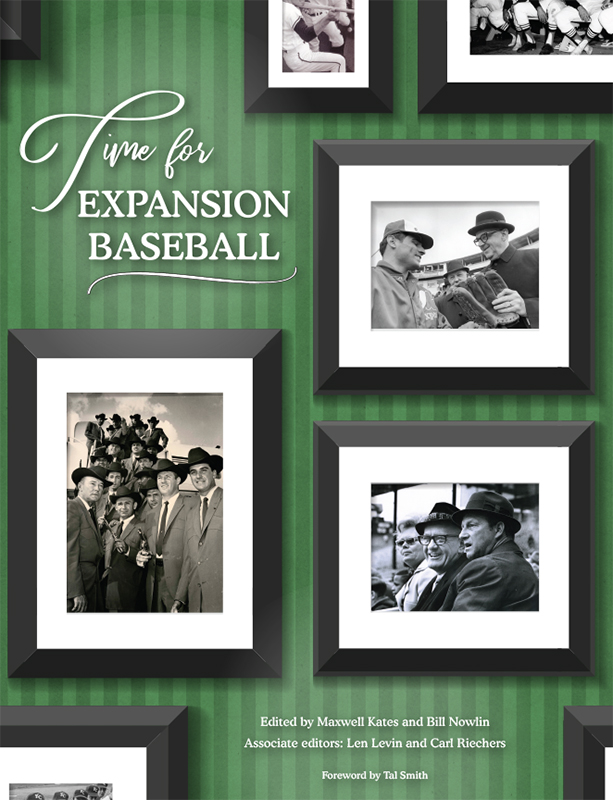 The Los Angeles Angels and the "new" Washington Senators ushered in baseball's expansion in 1961, followed quickly by the Houston Colt .45s and the New York Mets. By 1998, ten additional franchises had been awarded with the Kansas City Royals, Seattle Pilots, Toronto Blue Jays, and Tampa Bay Devil Rays coming into the American League, and the Montreal Expos, San Diego Padres, Colorado Rockies, Florida Marlins, and Arizona Diamondbacks to the National League.

Since then, some of those teams have relocated or changed names, but Time for Expansion Baseball tells the story of how each franchise was formed, built its team, and began play. Biographies of key players from each team's early years are also included, from early Angels like Eli Grba and Duke Maas to Senator Tom Sturdivant, from Seattle Pilots Tommy Harper and Lou Piniella to Seattle Mariners Julio Cruz and Rick Jones. Featuring a foreword by Tal Smith, who has done three separate stints in the Houston front office, and the contributions of 54 SABR members, Time for Expansion Baseball also includes dozens of photos from team historical archives.