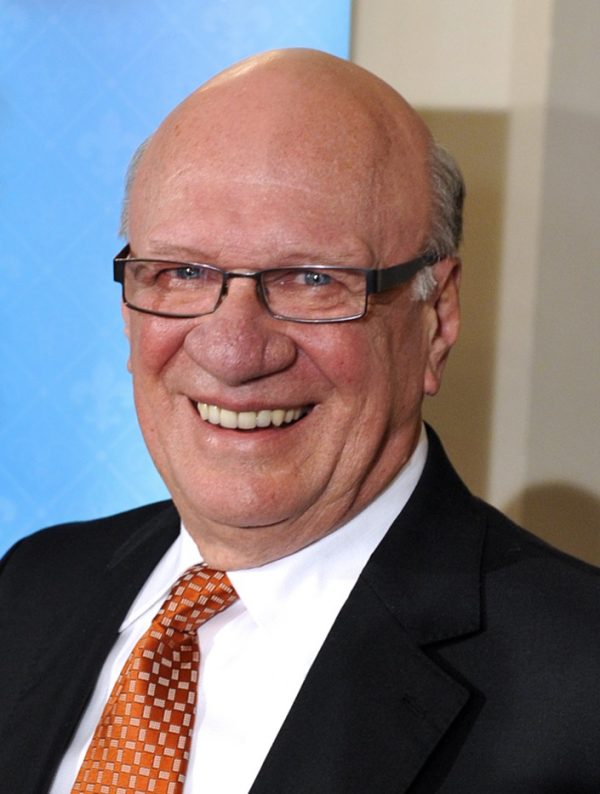 SABR member Jacques Doucet, the legendary Montreal Expos broadcaster who invented and popularized many baseball terms in the French language, has been elected to the Canadian Baseball Hall of Fame.

The 2020 induction class also includes All-Star first basemen Justin Morneau and John Olerud and former Toronto Blue Jays reliever Duane Ward. They will be inducted in a ceremony on June 20 at the Hall of Fame grounds in St. Marys, Ontario.

“I am deeply honored to be admitted into the Canadian Baseball Hall Fame,” said Doucet, a SABR member since 2005. “This, along with the Medal of Honor of the National Assembly of the Province of Québec, are the two highest honors I have received.”

Since he began broadcasting Montreal Expos’ French radio broadcasts in 1971, Doucet has called more than 5,000 major-league games, including almost every memorable moment in Expos history, including Dennis Martinez’s perfect game in 1991. Many Quebec baseball fans credit him as the reason they fell in love with the sport. He also called many playoff and World Series games in French. After the Expos left for Washington, DC, following the 2004 season, Doucet continued his broadcast career in his home province, calling games for the independent Can-Am League’s Quebec Capitales from 2006 to 2011. In 2011, he returned to the big leagues to broadcast select Blue Jays games in French for TVA Sports. He continues to broadcast Blue Jays games today.

“Each of this year’s inductees has had a significant impact on the game of baseball in Canada,” said SABR member Scott Crawford, the Canadian Baseball Hall of Fame’s director of operations. “I’m excited and proud that we will be paying tribute to their outstanding careers in St. Marys this June.”

Click here to read the full announcement from the Canadian Baseball Hall of Fame.