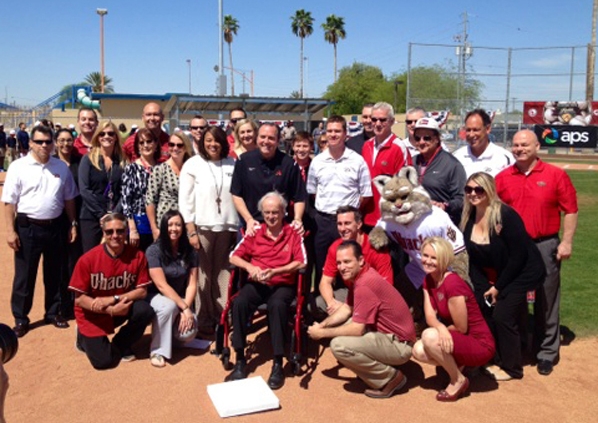 The Arizona Diamondbacks dedicated Roland Hemond Field on April 9, 2015, at Alkire Park in Phoenix, honoring the longtime SABR member as part of the “Diamonds Back” Youth Field Building Program, presented by APS. 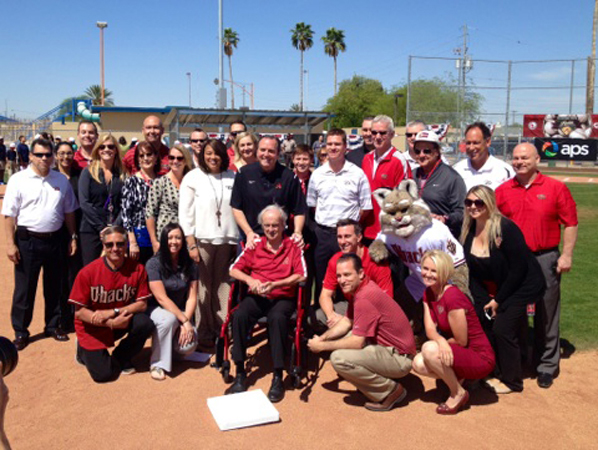 Diamondbacks President and CEO Derrick Hall, Chief Baseball Officer Tony La Russa, and former All-Star Luis Gonzalez were on hand, along with other local dignitaries and many members of the Hemond family who flew in for the ceremony on Thursday morning.

“What a wonderful career he has had,” Hall said. “No one has had more influence on the game of baseball than Roland Hemond. … I, too, am one of them. He has been a great mentor and adviser to me.”

Roland Hemond Field allows children at nearby Bethune Elementary and from across the community to play baseball and softball at a high-quality facility. The field features new lights, an electronic scoreboard, new fencing and backstops, new irrigation, and new grass and dirt. 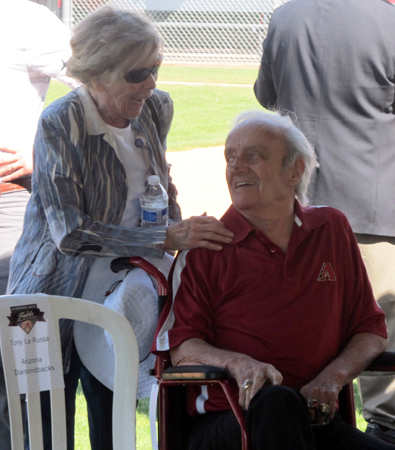 The new ballfield is the latest in a series of accolades for the revered baseball executive. In 2011, Hemond became the second recipient of the National Baseball Hall of Fame’s Buck O’Neil Lifetime Achievement Award and was honored during Induction Week in Cooperstown, New York. As a front-office executive who has spent more than six decades in baseball — he still serves as a special assistant to Hall in the Diamondbacks front office — Hemond was a three-time winner of Major League Baseball’s Executive of the Year Award and helped build winning franchises with the Braves, Angels, White Sox, Orioles, and Diamondbacks.

He was also the founder of the successful Arizona Fall League and co-founder of the Professional Baseball Scouts Foundation. In 2001, SABR’s Scouts Research Committee instituted the annual Roland Hemond Award, which recognizes the baseball executive who has demonstrated a lifetime commitment to professional baseball scouts and scouting, baseball’s unsung heroes who are near and dear to his heart. Roland himself was its first recipient. Later that year, he was crowned “King of Baseball” by Minor League Baseball at their 2001 annual Winter Meetings banquet.

Courtesy of the Arizona Diamondbacks, watch a video clip of the unveiling of the new Roland Hemond Field scoreboard: