The Capital of Texas Chapter of the Alzheimer’s Association and the SABR Rogers Hornsby Chapter have teamed up to provide a baseball-themed program for Central Texas residents with early-stage Alzheimer’s. 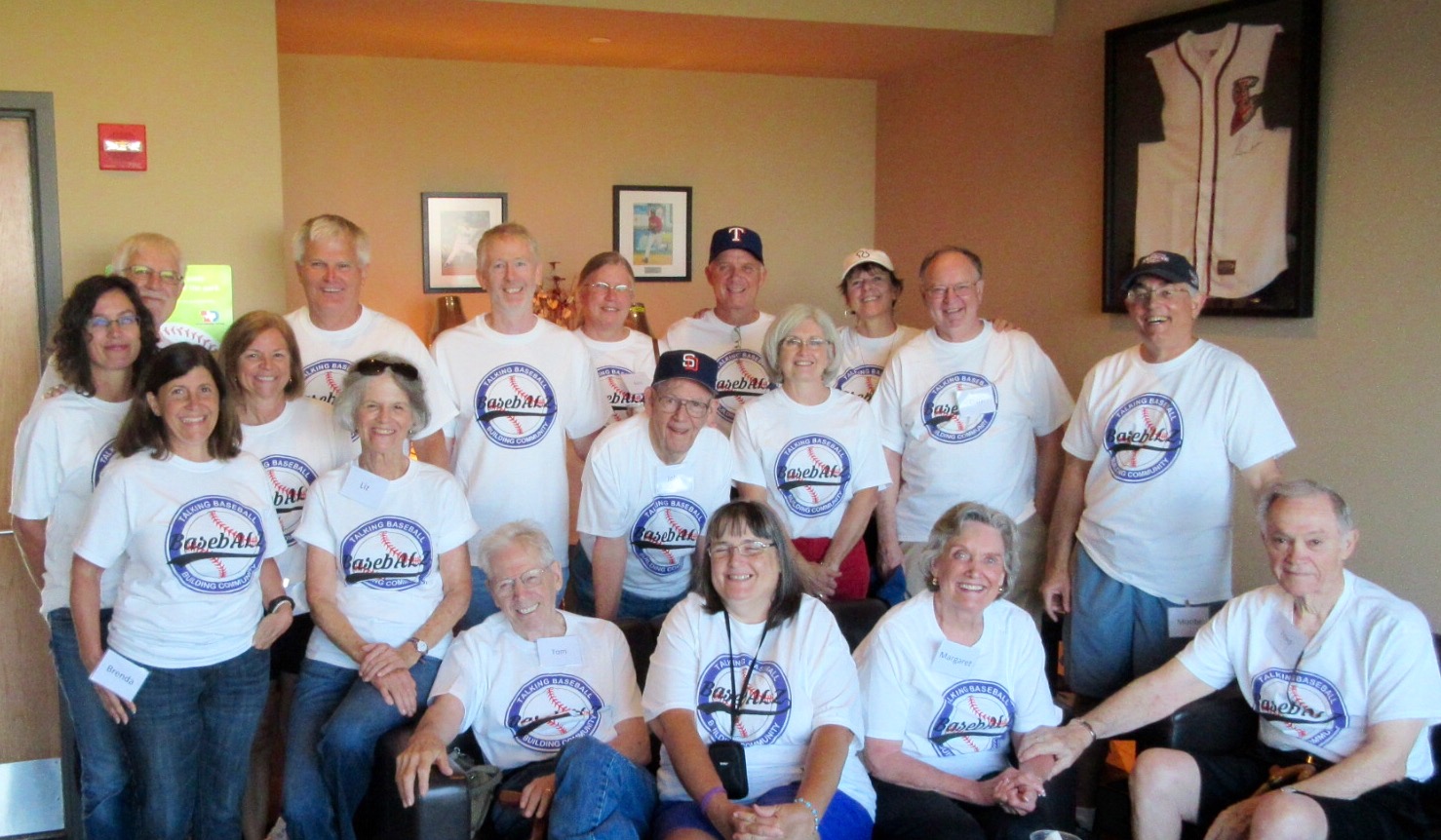 This program, nicknamed BasebALZ, uses baseball as a topic for reminiscence therapy. Reminiscence therapy is an approach to improving the well-being of Alzheimer’s patients by invoking and discussing their memories of the past. The effort here in Central Texas is based upon a highly successful baseball-themed program, the Cardinals Reminiscence League (CRL), developed by the Alzheimer’s Association in St. Louis. Some information on the CRL and supporting resources can be found here.

For our program here in Austin, Texas, we adopted the general framework of the St. Louis CRL and modified it to fit our community, baseball history, and the interests of our early-stage Alzheimer’s participants. We developed a “season” of six bi-weekly meetings, held for 90 minutes and including lunch. The audience included early-stage Alzheimer’s participants and their care-givers. Volunteers included local SABR members and spouses, led by chapter member Jim Kenton, as well as existing Alzheimer’s volunteers with an interest in baseball. A typical agenda would include:

In addition to a regular agenda, an occasional “guest speaker” was invited. Former Texas Longhorns and MLB pitcher Calvin Schiraldi joined us for one of the sessions.

After our “regular season”, we held a postseason event at the ballgame.

Feedback regarding BasebALZ has been very positive. Participants and their caregivers enjoyed the sessions and the fellowship. The volunteers found the experience very rewarding. Everyone couldn’t wait for the next session!

As a result of the great response, we’re planning a second BasebALZ “season” for Fall 2015, beginning in mid-September and lasting through November.

We encourage local SABR chapters to consider teaming with their local Alzheimer’s Associations and major- or minor-league baseball clubs to investigate a volunteer program such as BasebALZ. It’ll truly be a rewarding experience; and after all, what’s more enjoyable for a SABR member than talking baseball?