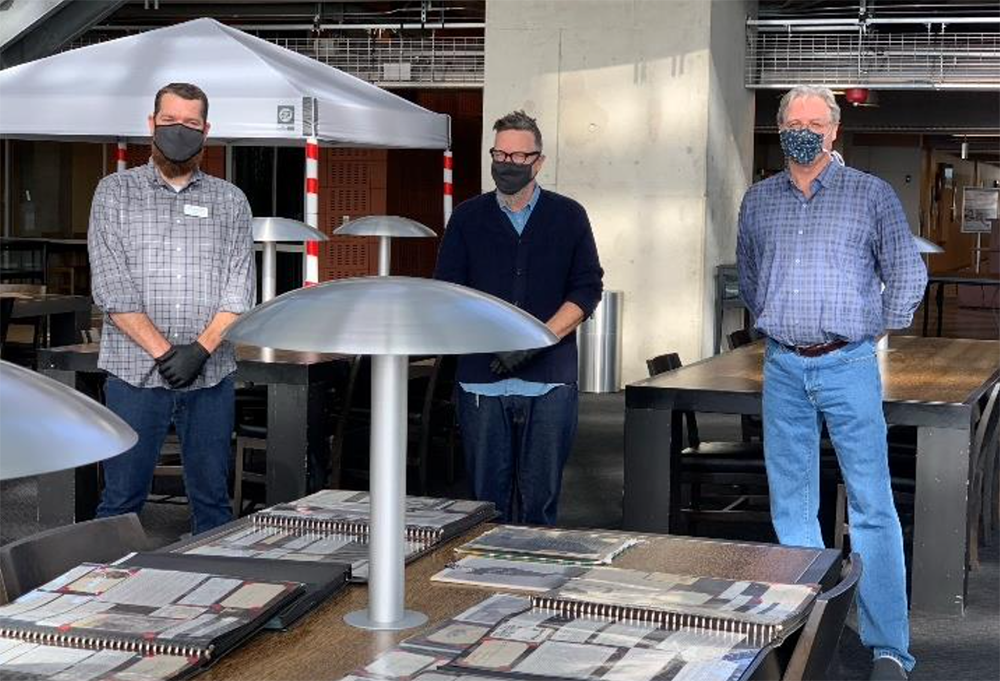 The collection consists of 10 volumes accumulated by lifelong fan and longtime SABR member Joe Murphy. There are 1,300-plus items in the collection, which includes authentic autographs, stat sheets, and biographical clippings. There are autographs of Baseball Hall of Fame members such as Babe Ruth, Ted Williams, Lou Gehrig, and Honus Wagner.

Murphy started his baseball collection in 1931. After that year’s World Series between the St. Louis Cardinals and the Philadelphia Athletics, 9-year-old Joe and his 7-year-old brother, John, sent a congratulatory letter to Pepper Martin on his World Series record of five stolen bases and 12 hits. Much to their amazement, they received a rubber-stamped letter and autograph in return! This letter led to an autograph collecting campaign that lasted through the 1930s. Joe and his brother would simply send 3 x 5 cards and photographs to players along with self- addressed stamped envelopes requesting autographs. Their technique worked great and the result was an expansive, multi-volume collection of player autographs, stat sheets, and signed photographs.

Born in Oak Park, Illinois, in 1922, Joseph Murphy had a storied career. A graduate of College of the Holy Cross of Worcester, Massachusetts, and World War II veteran of Bougainville, Guam and Iwo Jima, Murphy went on to earn his law degree from the University of Michigan and, with his wife Marian, raised their eight children in Santa Rosa, California. Murphy served as a Superior Court Judge for 20 years and eventually became a long-term library commissioner for Sonoma County.

He never lost his love for the game of baseball. In his early years, he rooted for the Chicago Cubs but, upon relocation to the Bay Area, became a huge Giants fan and especially fond of Willie Mays. He was an active member of SABR from 1982 until his death in 2012, and he regularly attended national conventions and contributed articles for the Baseball Research Journal.

Murphy’s wish was that his autograph collection be available to the public. His son, Steve, sought to make this a reality, and with the blessing of his family he began a quest to find a permanent home for the autograph collection. After some unfruitful inquiries, SABR Lefty O’Doul Chapter president Marlene Vogelsang suggested getting in contact with the San Diego Public Library.

At the January 2019 Ted Williams SABR Chapter Meeting, Steve was on the program and showed chapter members examples of the collection. After nearly two years of working with an independent appraiser, SDPL, and the San Diego City Attorney’s Office, with an eventual sign off by then-Mayor Kevin Faulconer, the collection was officially handed over to the Sullivan Family Baseball Research Center on Friday, November 20, 2020.

SDPL is currently in the process of making the collection accessible and searchable via the digital archive. Users will be able to view high-resolution scans of each of the collection’s 10 volumes, page by page, and to search the collection for their favorite players. Additionally, patrons can schedule chaperoned, in-person viewings of the collection upon the library’s full reopening.

The Baseball Research Center at the San Diego Public Library launched in 2001 and was moved to the new downtown library building upon its grand opening in 2013. The initial collection of books and microfilm was donated by SABR’s Ted Williams Chapter; in the years since, it has grown to more than 3,000 publications, books, and journals, and 300 microfilm reels, all available to the public on the eighth floor of the downtown library.

For more information on the collection, contact SDPL’s SABR Chapter liaison, Bob Surratt, at 619-238-6632 or rsurratt@sandiego.gov.