About 30 guests gathered at the Shoeless Joe Jackson Museum and Baseball Library on June 18, 2011, in Greenville, South Carolina, for the museum’s third anniversary celebration, an event that included the unveiling of a South Carolina state historical marker, the dedication of the Gene P. Carney Library Collection and the premiere of the “Shoeless Joe Cookbook”. 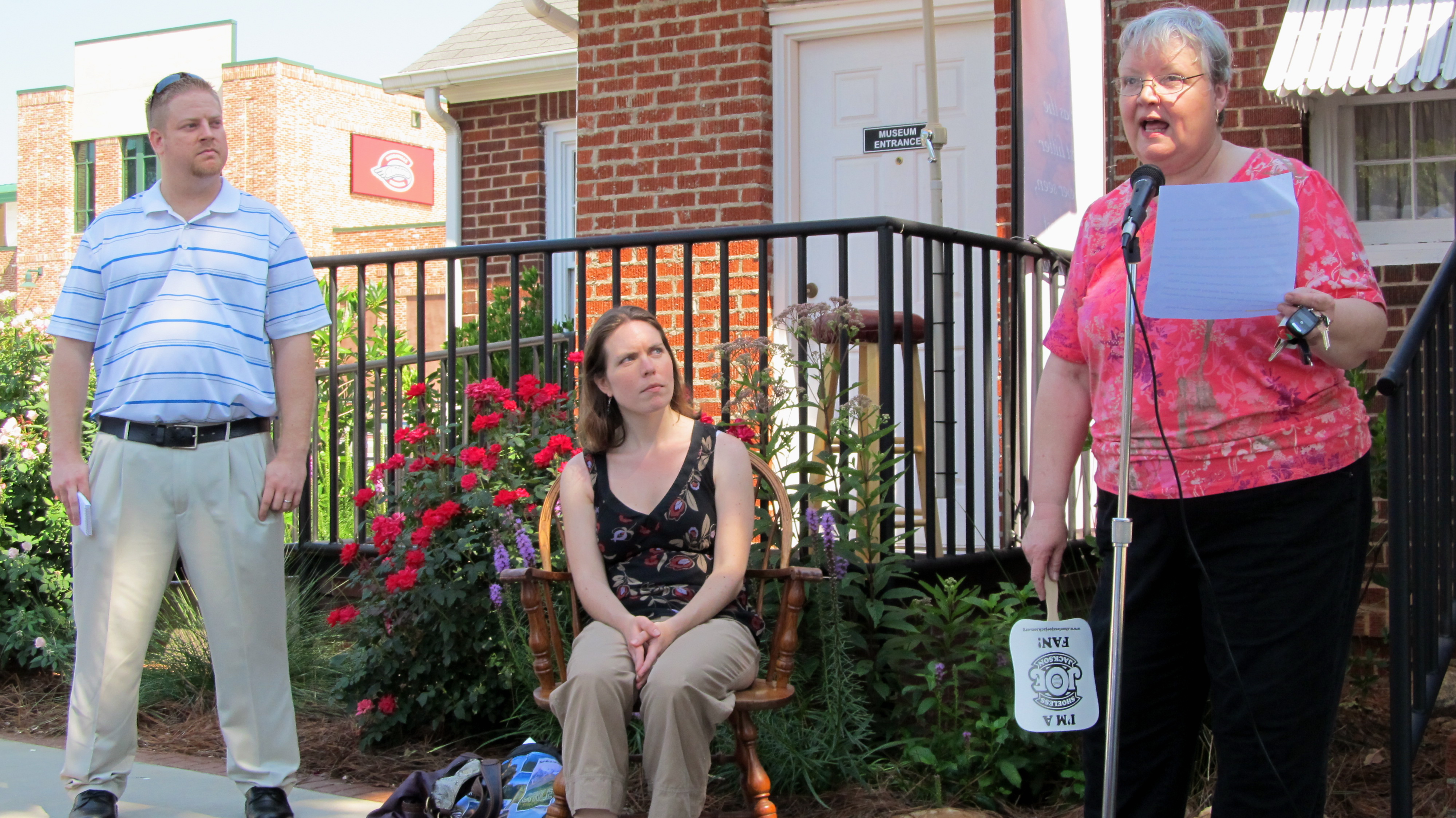 Joe Anders, a friend of Jackson’s late in the latter’s life and a pallbearer at his funeral in 1951, spoke about the slugger’s impact on him as a boy growing up in Greenville.

“I spent a lot of time with Joe — not at his liquor store, but next door (at his house). It was a hangout for teenagers,” said Anders, 90, who played for the Greenville Spinners in the 1940s. “Joe was … one of the most generous people you’d ever want to meet. Our relationship grew stronger as time went on. Joe was my mentor, a great man.”

Jacob Pomrenke, chairman of SABR’s Black Sox Scandal Research Committee, was on hand with Gene Carney’s daughter, Mary, to dedicate the Gene P. Carney Library Collection. The family of Carney — the founding chairman of the Black Sox committee who died in July 2009 — generously donated his Black Sox-related books and research papers to the museum. Last fall, Pomrenke organized an effort to have the collection shipped to Greenville and a donation by SABR members of more than $800 was made to the museum on behalf of the Black Sox committee.

“Gene admitted he came to Black Sox research late in his life, so it’s kind of amazing that he became the premier Black Sox scholar in the country,” Pomrenke said. “His book, Burying the Black Sox, advanced our knowledge of the story of the 1919 World Series more than any work since Eight Men Out was published more than four decades ago.” 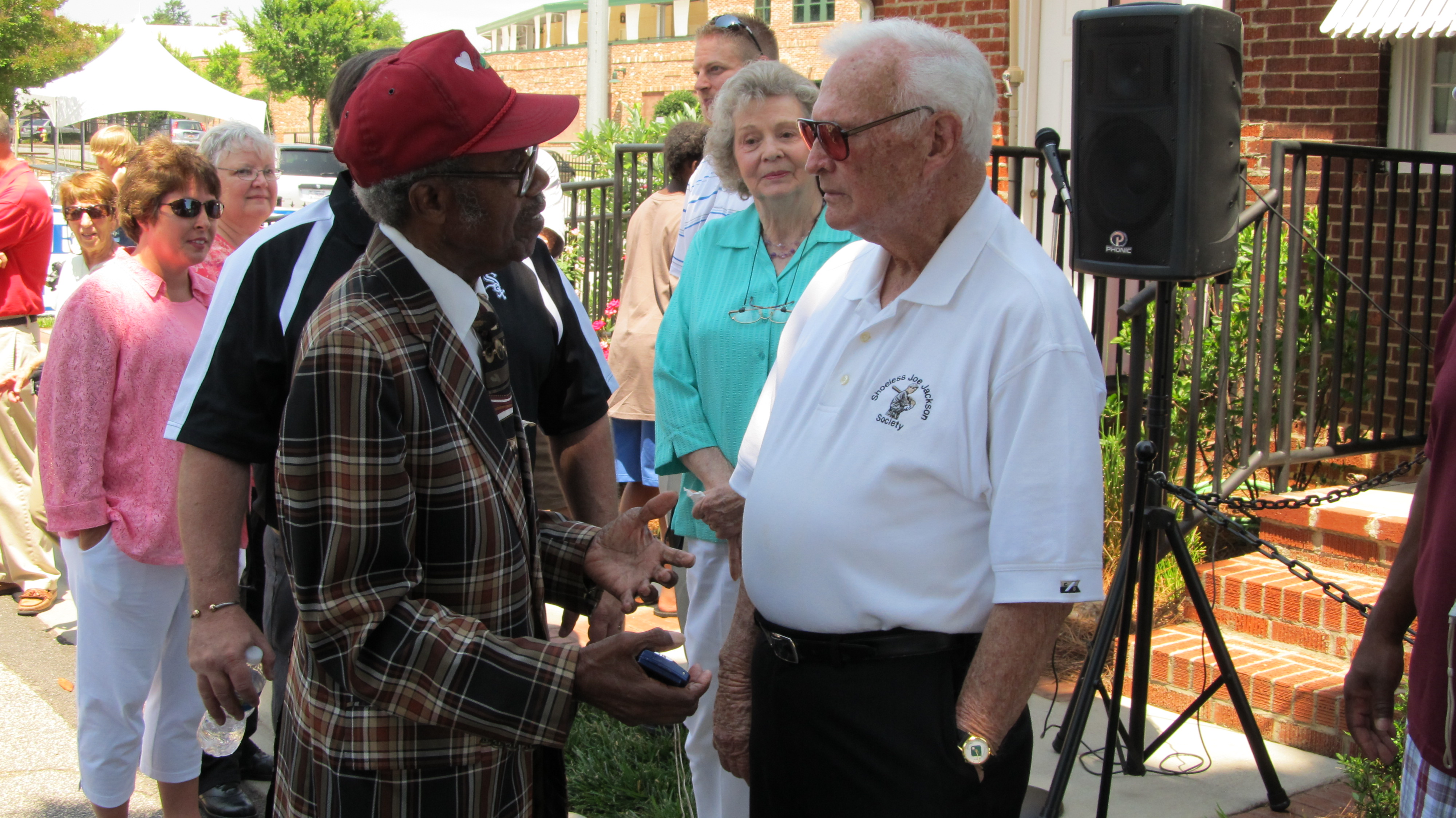 Afterward, Pomrenke talked about new developments in the story of the Black Sox scandal and answered questions from the audience. A research guide for Carney’s collection will become available soon.

Cornell “Old Corn” Blakely, a former Negro Leagues player and longtime manager of WKMG, a rhythm-and-blues radio station based in Newberry, South Carolina, also talked about his career in baseball and the music industry, rubbing shoulders with everyone from sports legends such as Jackson and Satchel Paige to Motown greats Percy Sledge and Sam Cooke.

The museum, an institutional member of SABR, opened in 2008 at 356 Field Street, across the road from Fluor Field in Greenville’s historic West End district. It was moved from its original location at 119 E. Wilburn Ave., where Jackson lived until his death in December 1951.