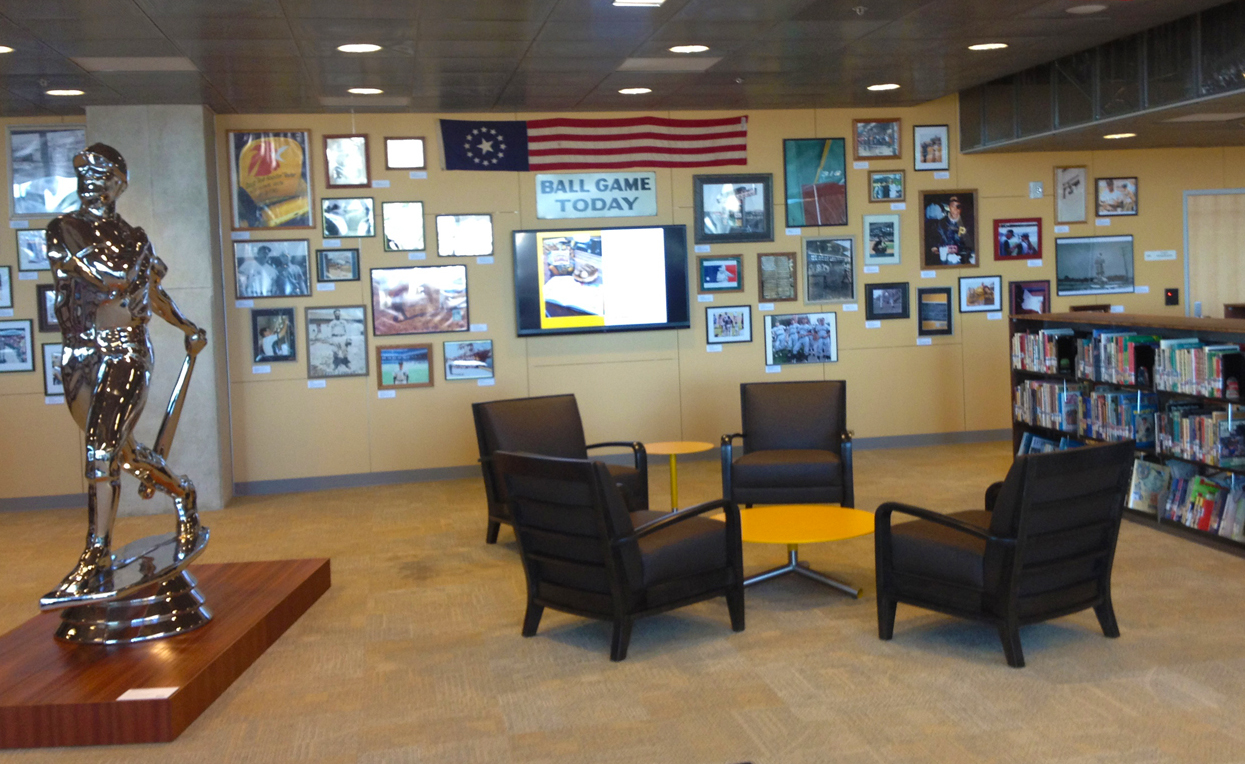 Even the librarians who work there were impressed.

"It's the biggest baseball library west of Cooperstown!" said Rosemary Diciedue, a San Diego librarian since 1989.

San Diego's long-awaited new library building — a $184.9 million, nine-story facility designed by Rob Wellington Quigley — opened for business on September 30. A sneak peek of the library was offered Saturday, with a day-long street festival on Park Boulevard near Petco Park.

The Baseball Research Center opened in 2001, with an initial collection of books and microfilm donated by SABR's Ted Williams Chapter. In the years since, it has grown to more than 3,000 publications, books, and journals, and 300 microfilm reels, all available to the public at San Diego's downtown library.

"The library folks have been heaven to work with," said SABR member Andy Strasberg, the former San Diego Padres vice president who, along with Tom Larwin, spearheaded the creation of the research center. 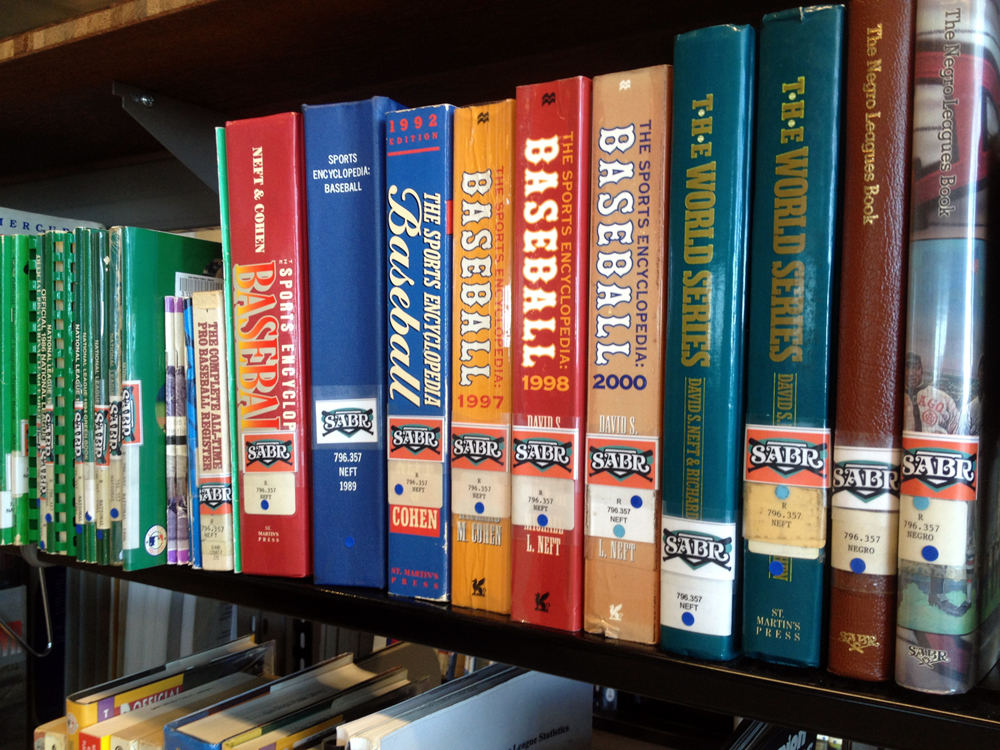 In 1998, the Ted Williams Chapter partnered with the Central Library to open the research center and the initial acquisition was made in 2001. It included a complete set of The Sporting News, Sporting Life, University of Notre Dame baseball guides and SABR's annual publications, The Baseball Research Journal and The National Pastime.

The Baseball Research Center is named after the Sullivan family, longtime supporters of the library expansion project. Katie Sullivan is the former president of the Friends of the San Diego Public Library. 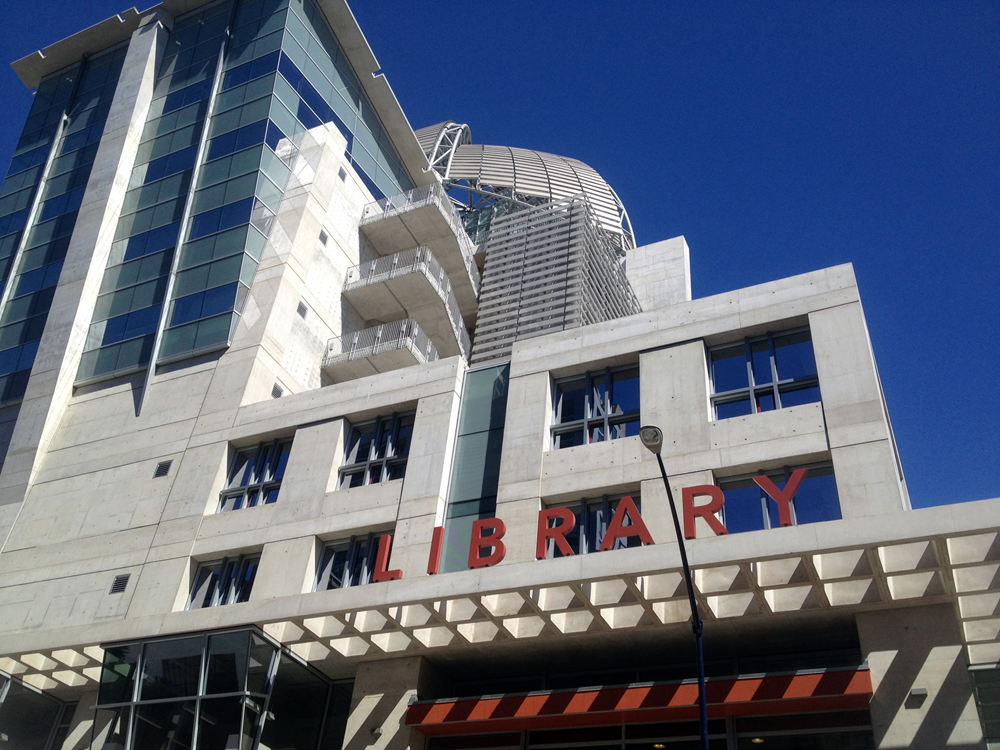 The reading room on the eighth floor of the library, which houses the Baseball Research Center, offers eye-popping views of the iconic Coronado Bridge and San Diego Bay. A shiny bronze/chrome Yoram Wolberger statue of a player swinging a bat, on loan from the Museum of Contemporary Art San Diego, sits in front of a digital billboard highlighting the many resources in the SABR collection and framed photos from Strasberg's 2012 book Baseball Fantography.

Diciedue said she hopes the center can be used to hold baseball events and maybe show live games on special occasions.

"You come up here and you don't want to ever leave," she said. "You're surrounded by baseball. It's beautiful."