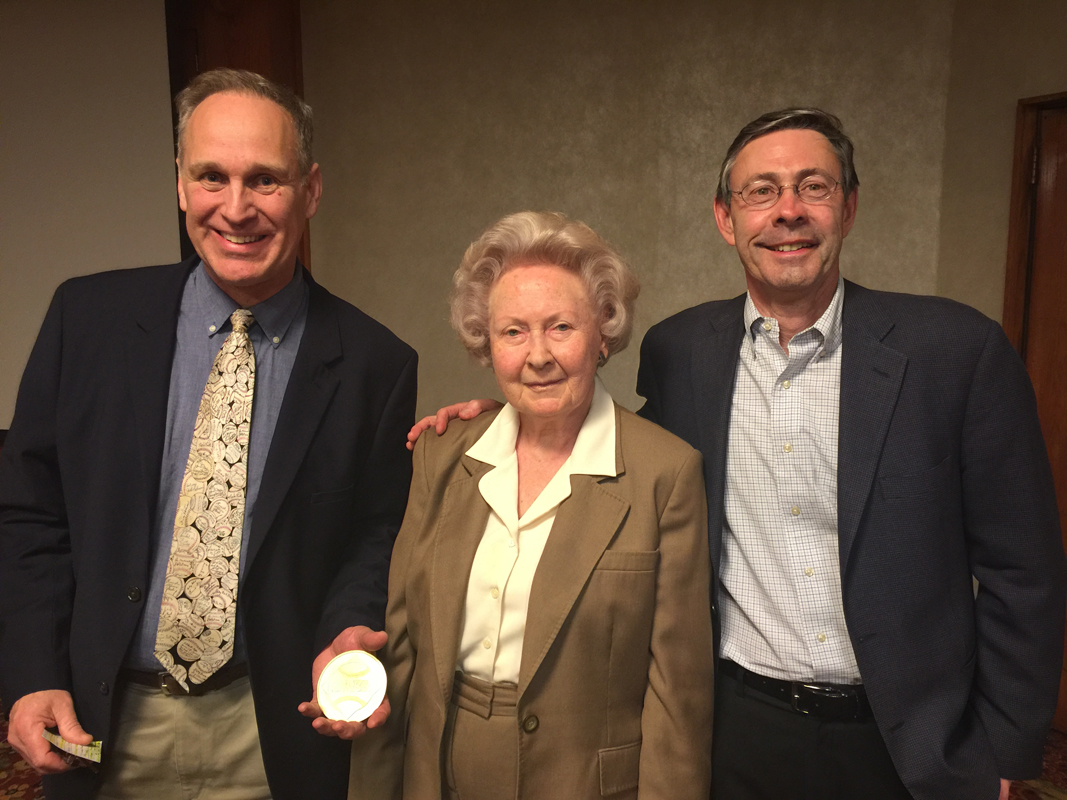 2017 Seymour Medal winner Robert C. Trumpbour, co-author with Kenneth Womack of The Eighth Wonder of the World: The Life of Houston’s Iconic Astrodome, accepted their award at the banquet of the 24th annual NINE Spring Training Conference on Saturday, March 4 in Tempe, Arizona.

“Those of you who are baseball purists might consider the Astrodome an aberration and nothing but trouble,” Trumpbour said. “But I think we tried to give an honest assessment of the Astrodome and what made it unique.”

“We were very fortunate that Ken Womack had knowledge about the engineering (of the Astrodome),” Trumpbour said. “Our challenge was to write it in such a way that it wasn’t confusing to folks who weren’t engineers and didn’t understand the complexity of engineering a stadium.

“In our foreword, we invited Mickey Herskowitz and it was great he decided to step in and I’m very thankful for him. A lot of the (early) stories about the Astrodome were written by Mickey. He was involved in the process, knew all of the major players, and worked with a lot of them. So that was a nice way to open the book.” 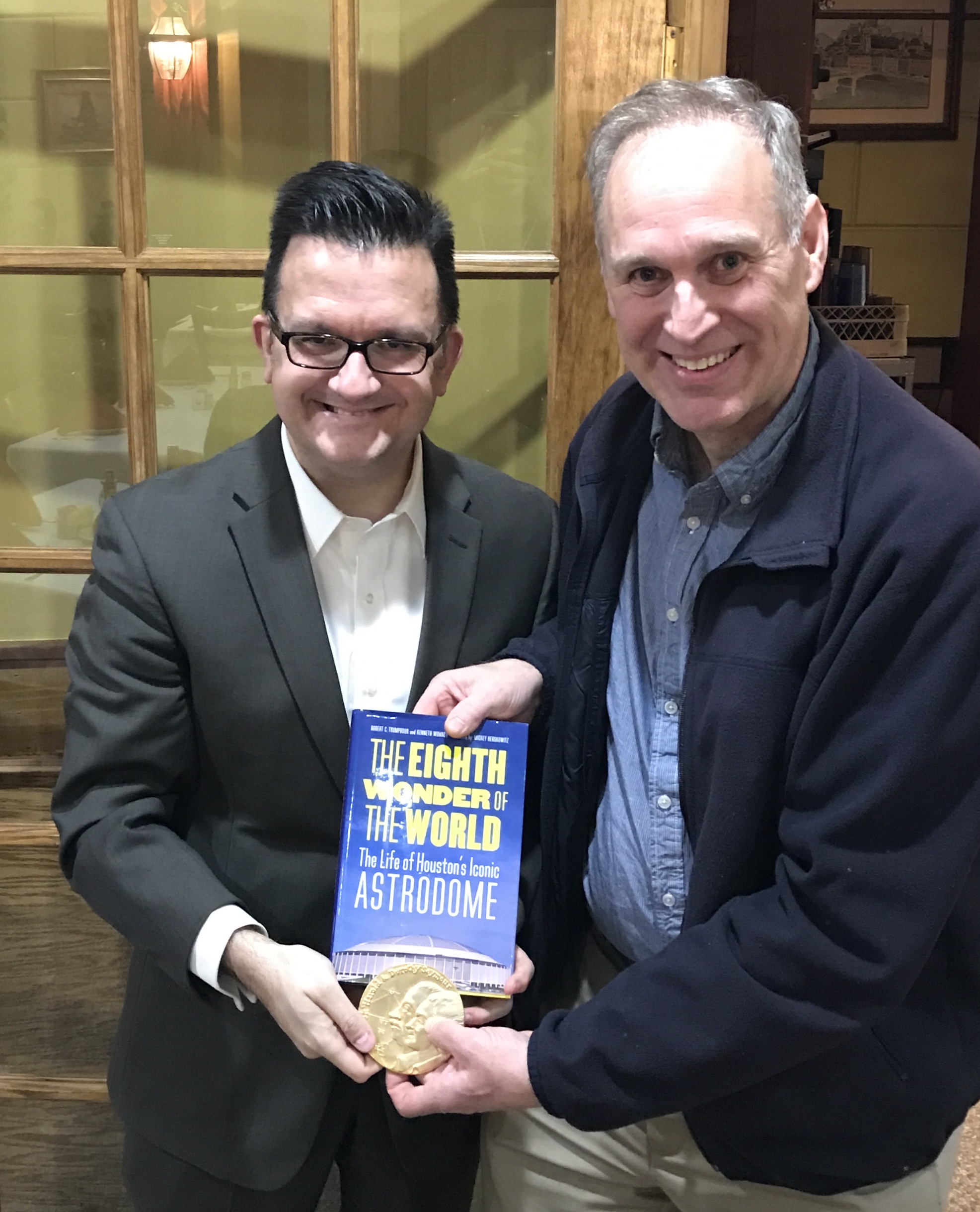 A highlight of the 24th annual NINE Conference was keynote speaker Adrian Burgos Jr., a SABR member and professor of history at the University of Illinois. Burgos is the editor behind La Vida Baseball, a new digital platform celebrating the Latino baseball experience launched last week by the National Baseball Hall of Fame. Sports writer Arnold Hano also celebrated his 95th birthday with a brief talk about his career and experiences.

Research presentations at the NINE Conference included “Marshall Locke: Poet, Playwright, Songwriter, Outfielder” by John Thorn; “Go the Distance: A Retrospective of W.P. Kinsella’s Life and Baseball Fiction” by Willie Steele; “Pitch and the Intersection of Race and Gender” by Lisa Doris Alexander; “The Integration of the Cactus League” by Charlie Vascellaro; and “The Deconstruction of Green Cathedrals” by Joseph L. Price.

View more photos from the 2017 Seymour Medal banquet and NINE Conference below. (Click here to view the slideshow on mobile devices.)