The Yogi Berra Museum & Learning Center is the inaugural recipient of the 2019 SABR Russell Gabay Award, which honors entities or persons who have demonstrated an ongoing commitment to baseball in New Jersey. 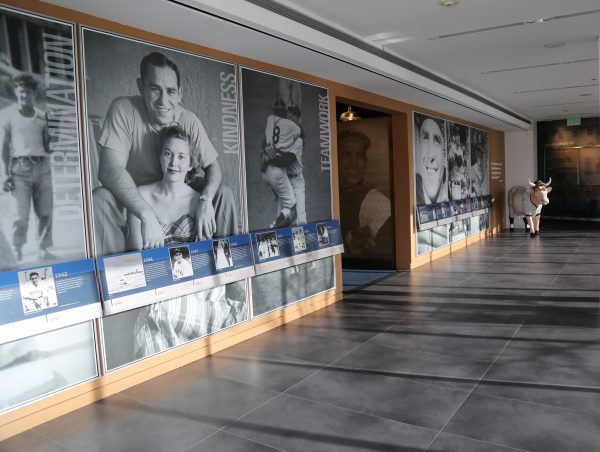 Opened in 1998 on the campus of Montclair State University, the Yogi Berra Museum & Learning Center has become a New Jersey institution highlighting the career of its namesake, the Hall of Fame catcher for the New York Yankees, World War II veteran, and American cultural icon.

“The staff at the Yogi Berra Museum creates an abundance of educational events for children including the science, history, and social importance of baseball,” said David Krell, chair of SABR’s Elysian Fields Chapter in New Jersey. “It is focused on inspiring the next generation of players, journalists, and executives in the National Pastime. We are proud to honor their efforts with the 2019 Russell Gabay Award.”