This article was written by William Dahlberg 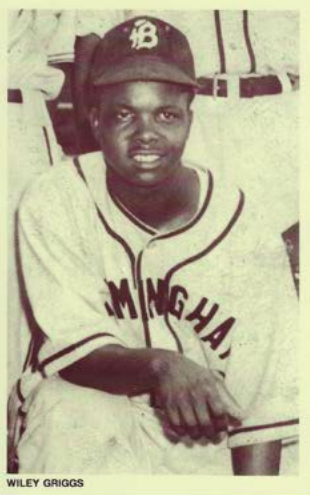 Following his limited--but successful—1948 season, Griggs was initially listed as one of eight infielders on the preseason roster for the Black Barons in April of 1949.10 Unfortunately, Griggs suffered an injury and was released by the Black Barons. He ended up playing the 1950 season with the Cleveland Buckeyes and Houston Eagles.11 He remained a member of the Eagles after they moved to New Orleans, and played there in 1951. Griggs was selected to represent the Eagles in the annual East-West All-Star Game during his lone season in New Orleans. In the game, which was played on August 12 at Chicago’s Comiskey Park, Griggs was hitless in his one at-bat for the East team as a pinch-hitter.12 Before long, however, Griggs was back in Birmingham, where he played the remainder of his career with the Black Barons.