This article was published in the Spring 2015 Baseball Research Journal. 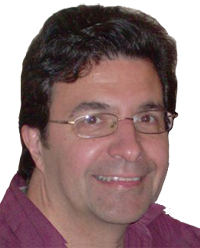 Bill Deane joined SABR in 1982 at the suggestion of fellow Chadwick Award winner Cliff Kachline. In 1986, he was chosen by the National Baseball Library to be its Senior Research Associate. His service, which ran through 1994, helped earn the Library an international reputation for timely and accurate service to baseball fans, scholars, and media personnel. Perhaps his greatest contribution was the expansion of the library’s research files, including historical documentation of the annual Hall of Fame Game and of the voting of the various Veterans’ Committees. Bill became somewhat of a “boy wonder” (by SABR standards) when he was recognized with a SABR Salute in 2001 at the tender age of forty-four.

Deane’s personal research interests delve into both the game’s numbers and its history. They include an ongoing list of players who homered in their final major league at bats (which he considers his best project), statistical charts such as most homers and RBIs in a season by a leadoff hitter, most hits and most homers in a player’s first 1,000 at bats, and best performances before the All-Star break, an ongoing list of major leaguers who were murdered, committed suicide, or died accidental deaths, the documenting of successful executions of the hidden-ball trick, and the debunking and disproving of baseball myths.

Bill served as Total Baseball’s managing editor for the last edition, and compiled the Major League Baseball Calendar 1999–2006. His compilation of the voting breakdowns for every Most Valuable Player Award, Cy Young Award, and Rookie of the Year Award elections since 1911 formed the basis of his “Awards and Honors” chapter in Total Baseball. In the years before those awards were given, Bill created Hypothetical Awards, using his knowledge of voting patterns to determine who the likely winners would have been.

Deane is also considered the foremost expert on Hall of Fame voting, and baseball fans look forward to his annual HOF predictions, which have for the most part been amazingly accurate. He has been featured, acknowledged, or quoted in countless books, news-paper and magazine articles, and radio, television, and online interviews. He served on the Committee for Historical Accuracy for Macmillan’s Baseball Encyclopedia, and is a regular contributor to SABR-L. His posts are often in multiple parts, which answer questions, correct previous responses, or add new information to a whole range of baseball-related subjects.

Bill became a baseball fan at age ten, and four years later had his first published baseball-related piece, in the nationally syndicated “Johnny Wonder” column. Since then, he has written many books and hundreds of articles in such publications as Baseball America, Baseball Digest, The Sporting News, Street & Smith's Official Baseball Yearbook, and USA Today Baseball Weekly. He recently turned two of his major research interests into books: Baseball Myths: Debating, Debunking and Disproving Tales from the Diamond (2012), and Finding the Hidden-Ball Trick: The Colorful History of Baseball's Oldest Ruse (2015), both published by Rowman & Littlefield. Still, he considers himself a researcher first and a writer second. Bill, who was born in Poughkeepsie, New York, has lived within ten miles of the Baseball Hall of Fame since 1986.