Measuring Franchise Success in the Postseason

This article was published in the Fall 2015 Baseball Research Journal.

Baseball is unique in that its postseason has existed for over 110 years, enough time for teams to have many ups and many downs. This produces a vast trove of data with which to examine franchise success and failure. The history is deep enough that every team that has won a World Series can lay a claim to some period, however brief, when it was king of the hill in Major League Baseball. I will hereby examine the ebbs and flows of baseball and franchise success. 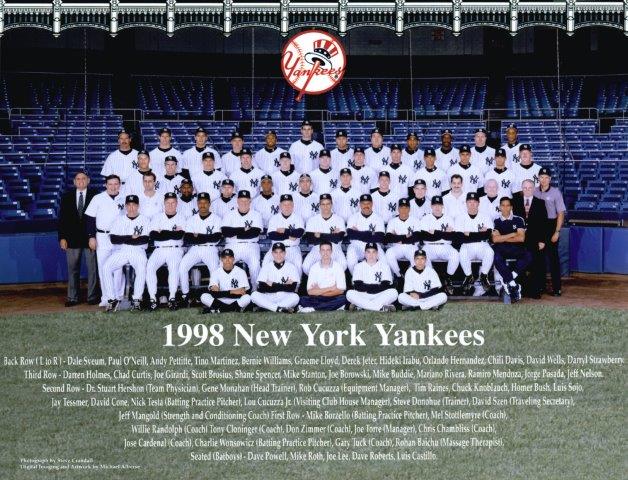 I derived the method of analysis from one that Jason Kubatko used to compare basketball dynasties across eras.1 The basic idea is that the goal of a season is to win the World Series and doing so gives you a perfect score for the season of 100 points. All other point totals are derived from how close the team came to winning. The World Series loser gets 50 points because the highest level that they achieved was a 50 percent chance of winning the title. League Championship series losers receive 25 points for being one of the final four teams alive. LDS losers are assigned 12.5 points because they were among the final eight World Series contenders. Finally in 2012 and in 2013, the wild card game losers received 6.25 points because they had a 50 percent chance of reaching the round of eight.

The remainder of the teams are given a number of points equal to 100 divided by the number of major league teams active in that season. In other words, they get the number of points reflecting their probability at the beginning of the season of winning the World Series. With 30 teams currently in the Major Leagues, each non-playoff team get 3.33 points reflecting the 3.33 percent chance that each team had to win the World Series when the season opened. This number increases in earlier seasons when there were fewer teams in the major leagues. The nine cases when a one- or three-game playoff was used to determine playoff eligibility are a special situation. In these cases, teams that lost these playoffs received half the worth of the lowest postseason value described above that was available in the season of the playoff. The points are outlined in Table 1.

This system uses postseason success (including making the playoffs) as the sole barometer of success. The 40-win 1962 Mets receive the same credit as the 103-win 1993 Giants who missed the playoffs by one game.2 One could simply use franchise wins as an alternative measure of success. As discussed below, this leads to very different rankings. Ideally, one may want to combine wins with postseason success in order to come up with a complete system but that is a subject for another article.

I used the system described above to calculate total postseason success points for each of the thirty major league franchises through 2014. Not surprisingly, the New York Yankees dominate the field with nearly twice the number of points as the second place team. The St. Louis Cardinals hold second by more than 200 points (two World Series victories) over the third place team. The Dodgers, Giants, and A’s are in a tight race for third (with the Giants pulling ahead in 2014) followed by the Boston Red Sox. There is then a significant dropoff between 6th and 7th place. The totals for each of the sixteen franchises in existence at the time of the 1903 World Series are listed in Table 2. Surprisingly the least successful of these is not the much-maligned Chicago Cubs, but rather the Cleveland Indians.

Even this is not a terribly fair comparison for the expansion teams, which are typically awful for a number of years after their creation4 This will lower their per season averages compared to more established franchises. Still, despite this handicap, the Diamondbacks, Marlins, Mets, Blue Jays, and Royals did manage to achieve per-season postseason point totals that exceeded a number of the original sixteen. Eight of the expansion teams have never won the World Series and they lag even the Cleveland Indians (as do the Los Angeles Angels with one World Series win). At the extreme end of futility the Nationals (née the Montreal Expos) would need three straight World Series triumphs to catch even the Indians. 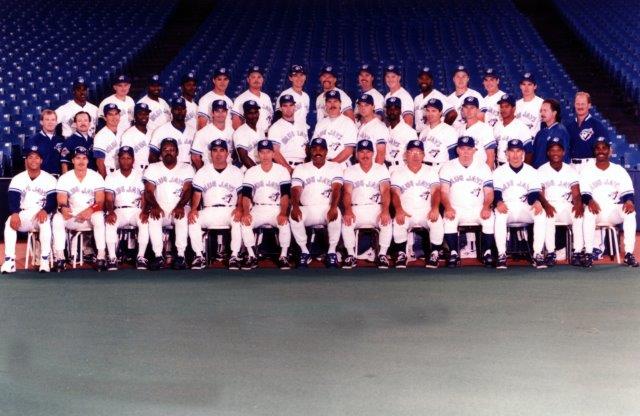 Comparing postseason points/season with wins/season allows us to see which teams have been postseason disappointments and which ones have particularly capitalized on their comparatively few opportunities in October.

UNLUCKY TEAMS WITH SUCCESS THROUGH SEPTEMBER BUT HEARTBREAK IN OCTOBER

This tool can also be used to provide an answer for questions of which team achieved the most over a given period of time. As each decade concludes, debate often takes place over which team deserves the title, “Team of the Decade.” Table 3 shows the Team of the Decade using this system in each of the eleven completed decades for both the American and National Leagues since 1903. The team with the most postseason points in the majors is highlighted in bold text.

Table 3: Teams of the Decade
(Overall winner in bold)

Again the Yankees dominate these titles garnering the most postseason points in the major leagues in six of the eleven decades and winning the American League (but surprisingly not the major leagues) in the 1990s. Other franchises to “win” a decade include the Atlanta Braves in the 1990s, the Los Angeles Dodgers in the 1980s, the Oakland A’s in the 1970s, the Boston Red Sox in the 1910’s and the Chicago Cubs in the 1900s. The Cubs obviously followed their decade win with a bit of an off century.

But ten-year periods don’t all start in years ending in zero. Since 1903, there have been 103 decades in baseball history (1903–12, 1904–13, 1905–14, etc.). Again the Yankees, dominate the list of decades won but a broader array of franchises can claim to have been the most accomplished postseason performers for at least one decade. Table 4 lists the teams that have led the major leagues for at least one decade in postseason points and the number of decades of glory for these teams.

Ten of the original sixteen franchises have won a decade, as has one expansion team (the Toronto Blue Jays which won the decades beginning in 1984 and 1985). Not to pick on the Chicago Cubs, but they won the first complete decade of twentieth-century World Series history (1903–12) with two World Series titles and two other National League pennants and then never won another one. Still one win is more than six of the other original franchises.

What if we shorten the admittedly arbitrary time period from ten years? What if we lengthen it? Has each franchise had its time period in the sun? A time period when it can say, “We were the best?” As a final exercise, I looked at each team and found the longest period over which it had more postseason points than any other team in the majors. Teams that never won the World Series (Expos/Nats, Mariners, Rangers/Senators, Astros, Rays, Brewers, Rockies, and Padres) have no such period. Here are the longest times when every other team could claim it was the best in the sport:

STUART SHAPIRO is an Associate Professor and Director of the Public Policy program at the Bloustein School for Planning and Policy at Rutgers University. He received his Ph.D. from the Kennedy School of Government in 1999. He studies and writes about the interaction between politics and regulatory policy-making. A lifelong Yankees fan, he has written two articles for the "Baseball Research Journal" in 1999 and 2001.