Near Major Leaguers and the 'Bill Sharman Society' 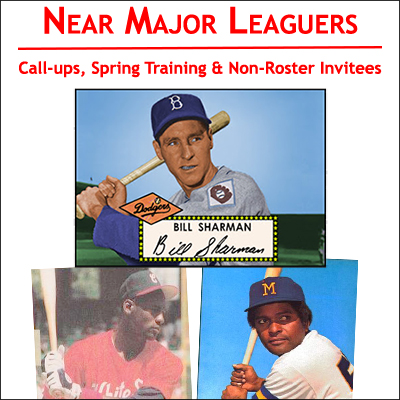 SABR member Bill Hickman, the longtime chair of our Pictorial History Committee, has made available his research into "near major leaguers" — the aspiring professional players who were invited to spring training, who appeared in spring training games, or who were called up during the regular season but never appeared in an MLB game.

These lists are now available for all baseball researchers to view at the Google Docs spreadsheet below:

The spreadsheet is divided into three tabs; click on a tab at the bottom of the screen to view them:

Please contact Bill Hickman at bdhickmn@aol.com if you have any questions or corrections.