Asian Baseball during the COVID-19 Pandemic

The year 2020 will be marked by the COVID-19 pandemic and its effects on life across the globe. What began as a regional health issue in Wuhan, China quickly grew to impact other Asian countries and from there it traveled to all continents aside from Antarctica. At the time of this writing (April 2020), nearly 3,000,000 individual cases exist with over 202,000 deaths have been reported. It has been a situation that has been constantly evolving and has even led to multiple countries being placed under lockdown to all but essential activities.

The baseball world in Asia is dealing with COVID-19 in varying ways depending on the individual league. The Nippon Professional Baseball (NPB) league initially pushed the beginning on the season back to March 20 and conducted Spring Training with no spectator’s present. The season opening was then postponed again to April 24, and in late March it was announced that three Hanshin Tigers players — Shintaro Fujinami, Kenya Nagasaka and Hayata Itoh — contracted the virus. Currently, the NPB has not released a date for when they believe the season will begin but league commissioner Atsushi Saito has announced that there will be no interleague play when the season resumes, the first time this has happened since 2005. On April 23, the Japan Women’s Baseball League, the only female professional baseball league in existence, announced that it was postponing its season indefinitely. 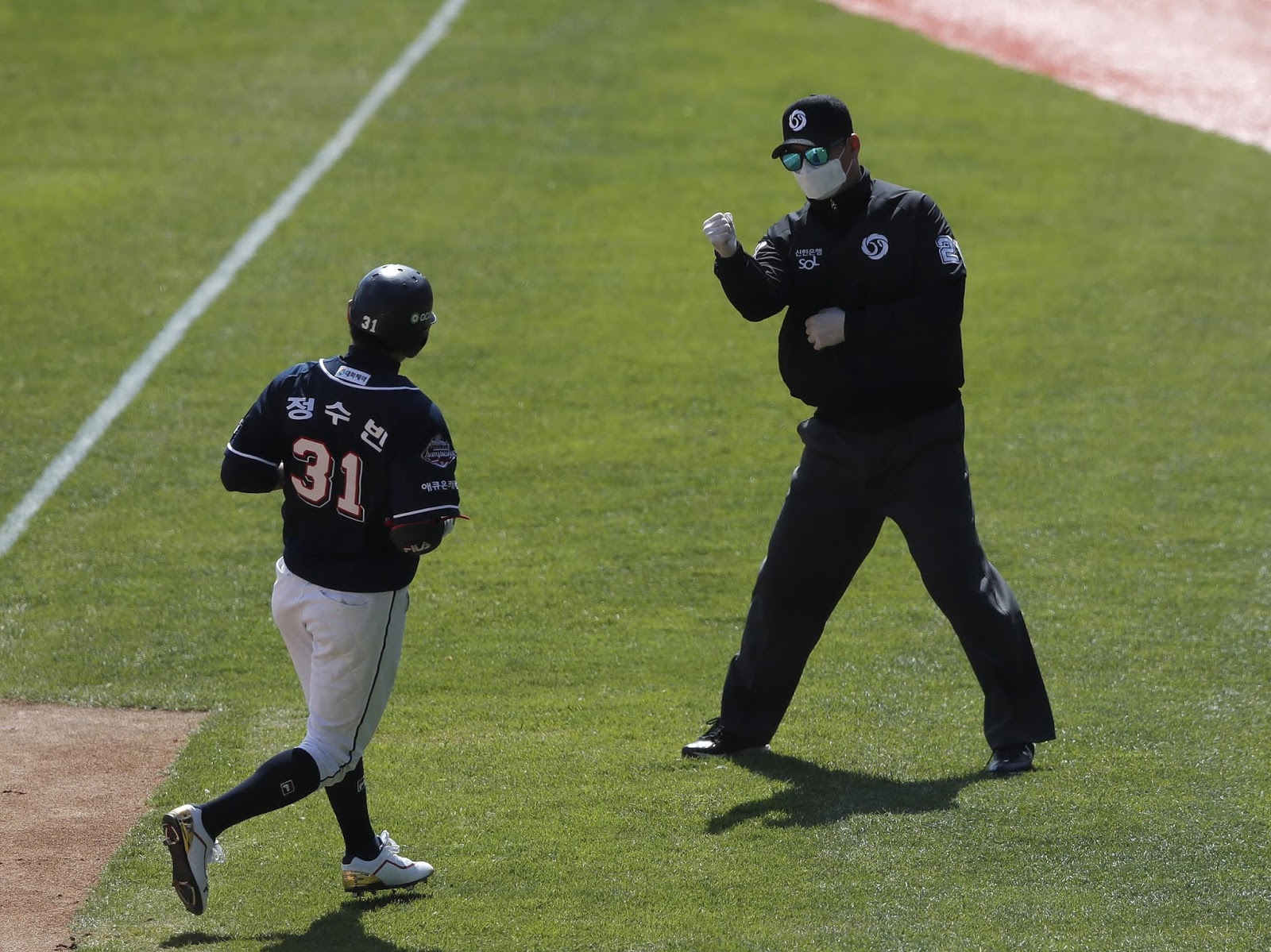 The ten teams of the Korean Baseball Organization (KBO) League in South Korea also had their season delayed by the pandemic. COVID-19 hit the country hard, leading to travel restrictions beginning in early March. This put the Gwangju based Kia Tigers in a difficult situation, who were trapped in Fort Myers, Florida. The team had agreed to spend the early part of spring training in Florida last year, when the only worry the team had for February and March was how to best prepare the players for the upcoming season. The Tigers were able to make it back home several weeks later than planned. The KBO is now planning to open the season on May 5 and is hoping to play its entire 144 game season. The games will be played with empty stands for the foreseeable future. There has even been talks of ESPN broadcasting some of the games.

Taiwan had relatively few coronavirus cases given its size, enabling the five teams of the Chinese Professional Baseball League to begin play on April 12 (a day late due to an Opening Day rainout). While fans are not allowed in the stadium, the teams are placing cardboard cutouts of people as well as signs in the stands to help make the games feel a bit more normal. The games have developed a following in the United States, where some baseball fans are waking up as early as 4:00 a.m. to stream the games live online.

Baseball in Japan during the 1918 Influenza Pandemic

Given the current crisis and suspension of sports globally, it is interesting to note that goodwill baseball tours took place during another international crisis, the 1918 Flu Pandemic — specifically, during what is known as the second outbreak of influenza in Japan, in the autumn months of 1918. The first outbreak had begun in April, and the second in August. By September there were hundreds of thousands of cases across the country. However, the baseball schedule continued, including the collegiate game between Waseda and Keio, just as it had in the US throughout the outbreak and the war (though somewhat truncated). 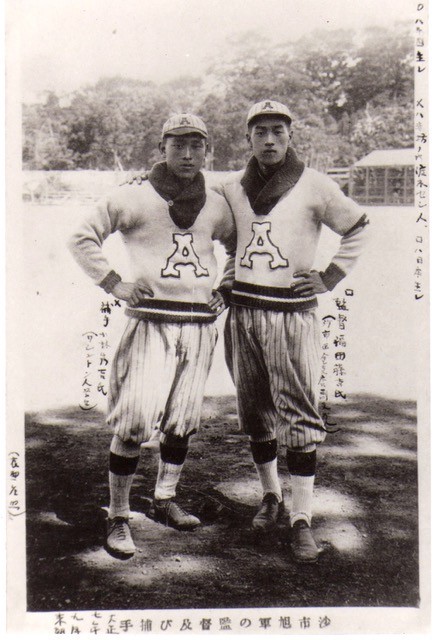 Image: Postcard sent home by Frank Fukuda during the 1918 tour. From Through a Diamond, by Kerry Yo Nakagawa.

The second wave of the influenza pandemic was just emerging in the US in September 1918, aided by the massive movement of troops in the final months of the World War when the Seattle Asahi, an Issei baseball team (first generation, or Japanese-American immigrants) managed by Frank Fukuda, set out for a 25-game tour of Japan.

To learn more about the 1918 Seattle Asahi tour of Japan, visit: https://ourgame.mlblogs.com/baseball-in-japan-during-the-1918-spanish-flu-epidemic-64bc803897fd 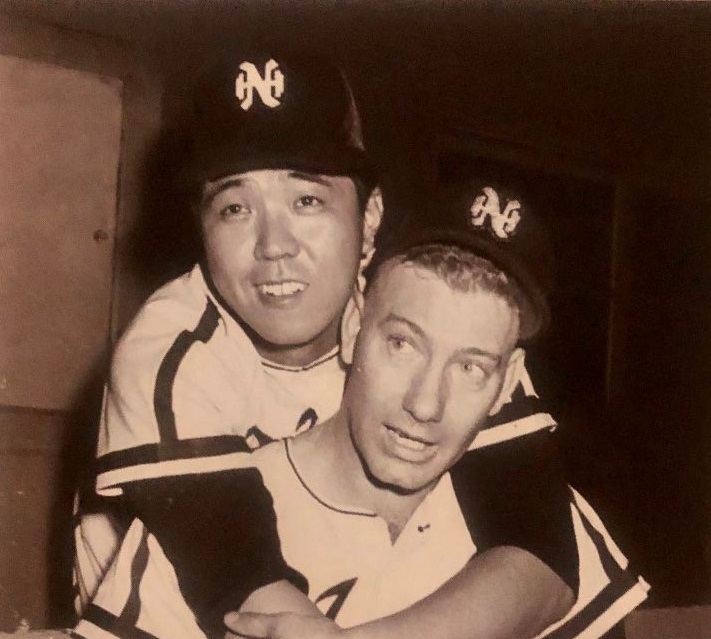 Japanese Baseball Hall of Fame catcher and manager Katsuya Nomura passed away on Tuesday, February 11, 2020, at age 84. His death sparked remembrances from around the Japanese baseball world, from those who played with him to the players, such as New York Yankees pitcher Masahiro Tanaka, he later managed.

When the Nankai Hawks defeated the Hanshin Tigers to win the 1964 Japan Series, Nomura caught the final pitch thrown by Joe Stanka, a tall, imposing right-hander from Hammon, Oklahoma, who the Japanese press called “Big Thunder.” Big Thunder had also pitched in the ’61 series against the Yomiuri Giants and helped start a near-riot when he confronted the home plate umpire over a pitch call. 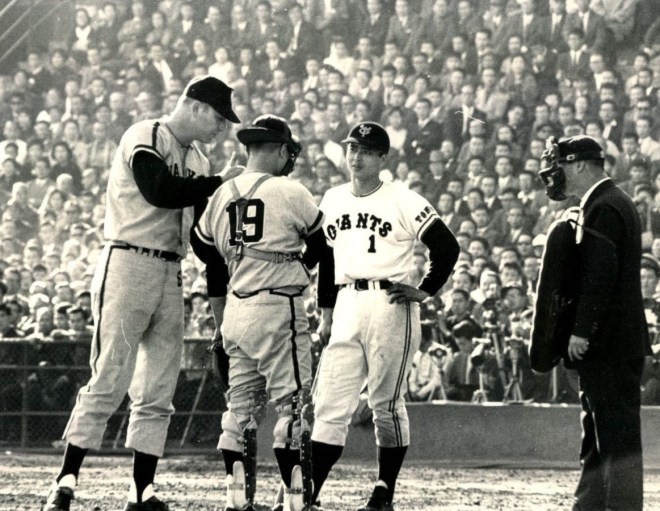 Nomura had been with him on that occasion, just as he was there at Koshien Stadium in 1964, when he helped guide Stanka through consecutive shutouts in Games 6 and 7, on the road no less, to clinch the series.

Those two formed a battery that has gone down in Japan Series history and a bond that outlasted their time on the diamond.

To learn more about the special bond between Nomura and Stanka, visit: https://www.japantimes.co.jp/sports/2020/02/11/baseball/japanese-baseball/batterymates-katsuya-nomura-joe-stanka-shared-special-bond-decades-playing-hawks/#.XqWvLWhKiUk 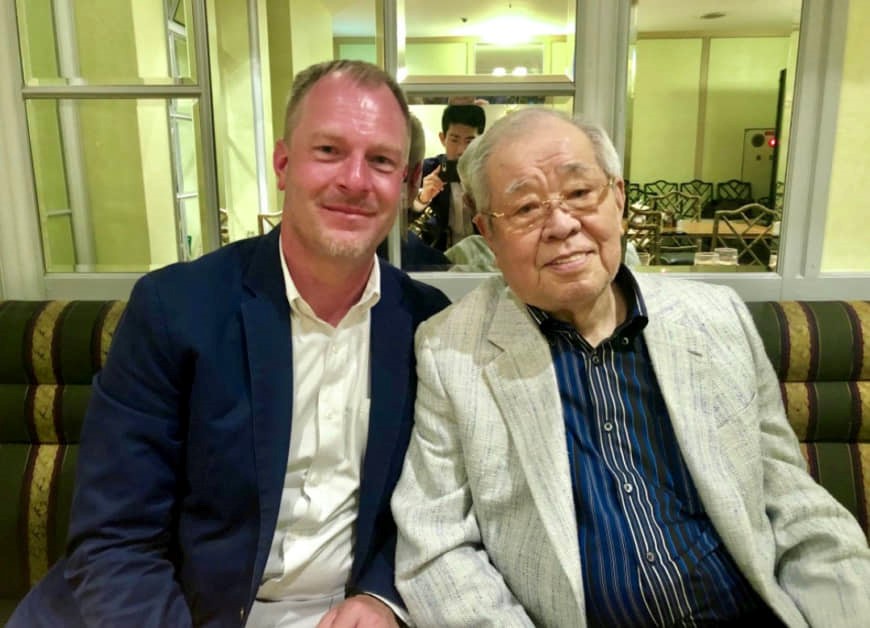 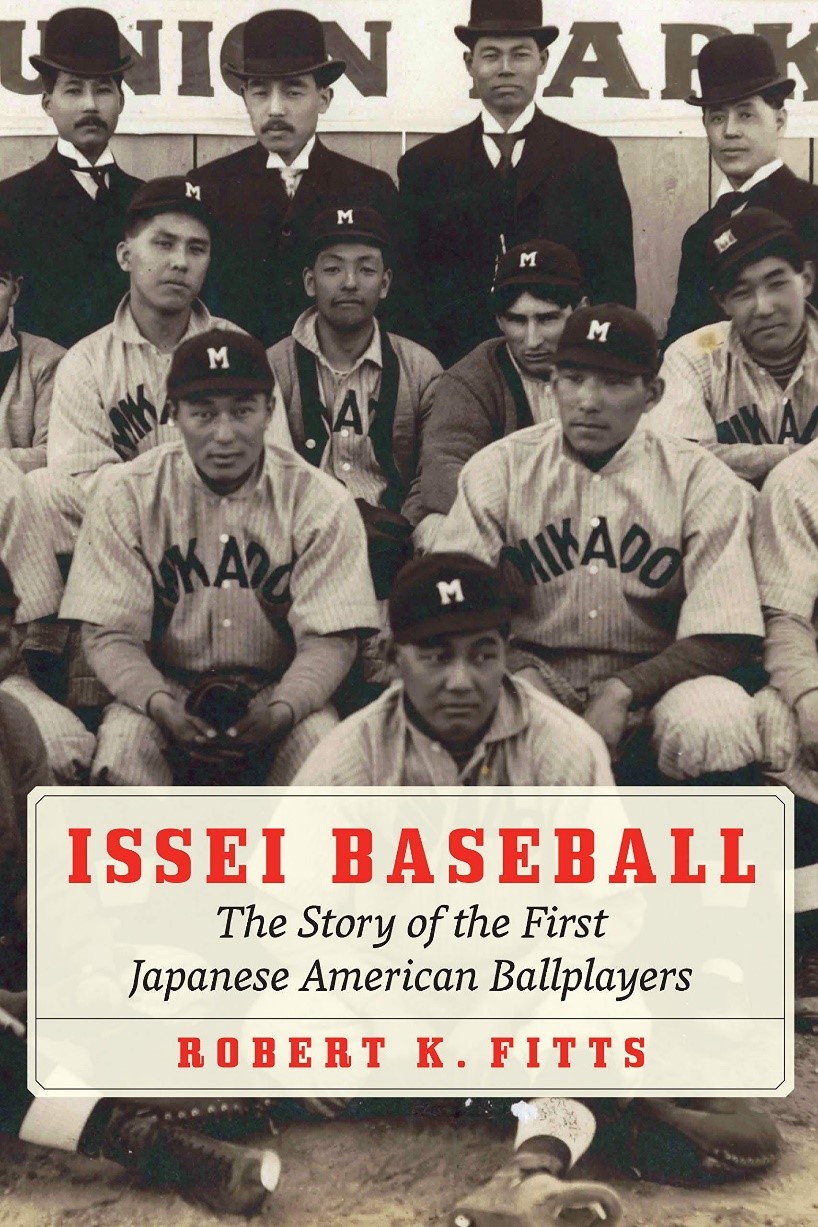 Baseball has been called America’s true melting pot, a game that unites us as a people. Issei Baseball is the story of the pioneers of Japanese American baseball, Harry Saisho, Ken Kitsuse, Tom Uyeda, Tozan Masko, Kiichi Suzuki, and others — young men who came to the United States to start a new life but found bigotry and discrimination.

In 1905 they formed a baseball club in Los Angeles and began playing local amateur teams. Inspired by the Waseda University baseball team’s 1905 visit to the West Coast, they became the first Japanese professional baseball club on either side of the Pacific and barnstormed across the American Midwest in 1906 and 1911. Tens of thousands came to see “how the minions of the Mikado played the national pastime.” As they played, the Japanese earned the respect of their opponents and fans, breaking down racial stereotypes. Baseball became a bridge between the two cultures, bringing Japanese and Americans together through the shared love of the game.

Chapter 4, entitled Issei Baseball, introduces Tozan Masko, who would become the first Japanese manager/promoter of a professional ballclub, and discusses the beginnings of Japanese American baseball in Los Angeles and other cities.

Celebrating the legacy of Negro Leaguers in Japan 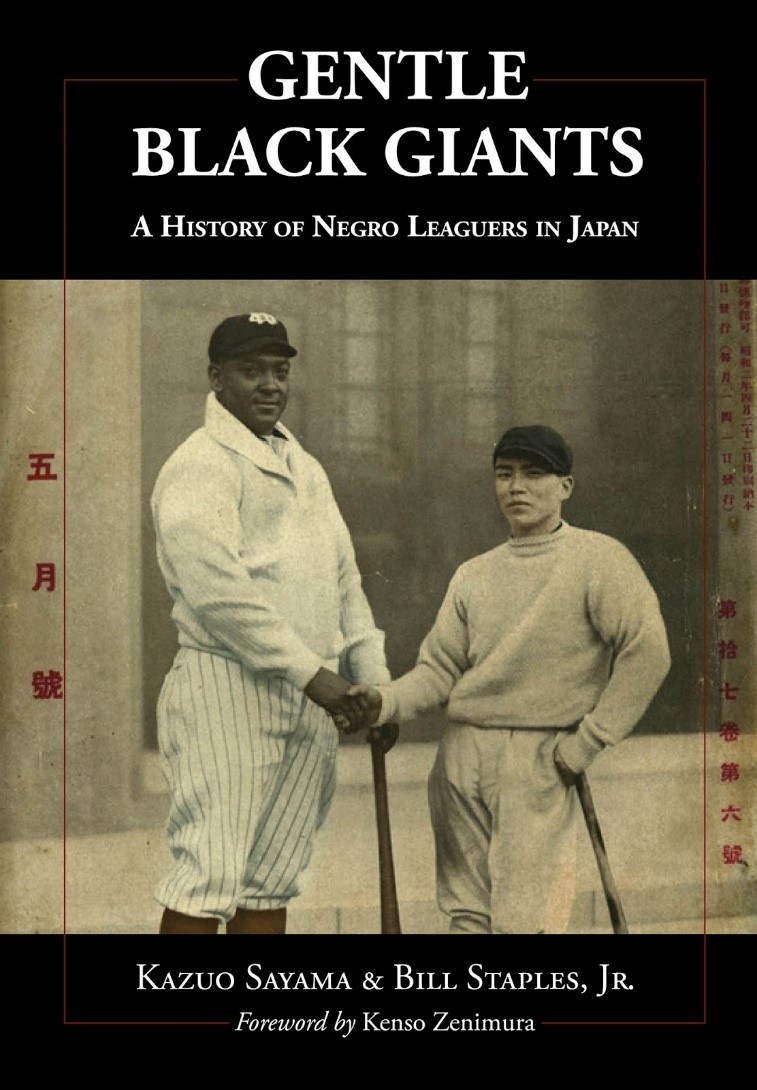 To read the email interview exchange between Whirty and Staples, visit: https://homeplatedontmove.wordpress.com/2020/04/18/celebrating-the-legacy-of-negro-leaguers-in-japan/

Tim Kurkjian says, “Once he (Ichiro) got to New York, he had close to 3000 hits, he’s been around, everybody knew who he was, and he knew everyone knew he was going to the Hall of Fame. So I think he went there confidently, thinking “I don’t have to prove to everyone what I can do, I think I’ve already done that.” 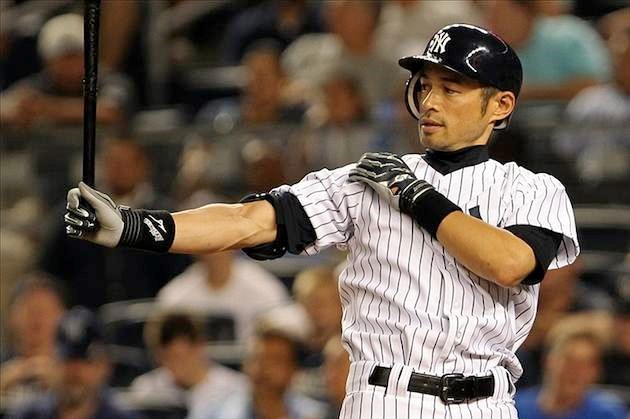 Part of me just wishes he had gone there in the prime of his career. If you can imagine Ichiro hitting .350 at Yankee Stadium and stealing 50 bases and throwing from right field to third base in the air like he did so many times. That would have been breathtaking. He was not the same player when he went to New York, but he was still a good major league player, and that’s why I knew he would be able to handle that, because he could handle just about anything, you guys know that.

He’s been in Cooperstown several times over the years all by himself with family not on induction weekend. He was just curious and it wasn’t like, “Hey, this is where I’m going to end up someday.” He was just fascinated by the best players in baseball history, and he made separate trips to Cooperstown on his own, just to see what it was like.” 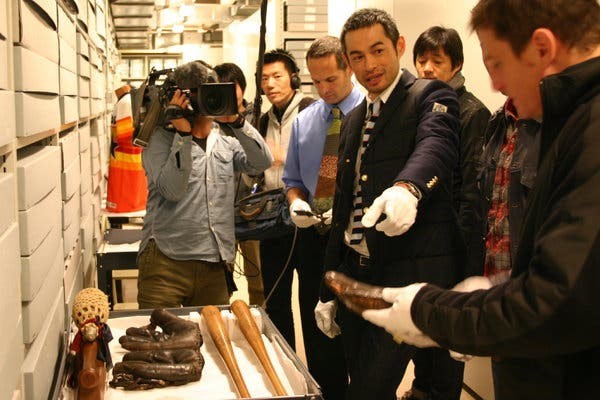 To read the entire interview between Cantu and Kurkjian, visit: https://www.lookoutlanding.com/platform/amp/2020/4/7/21210276/wherever-he-went-interesting-things-happened-talking-ichiro-with-tim-kurkjian-espn-mariners 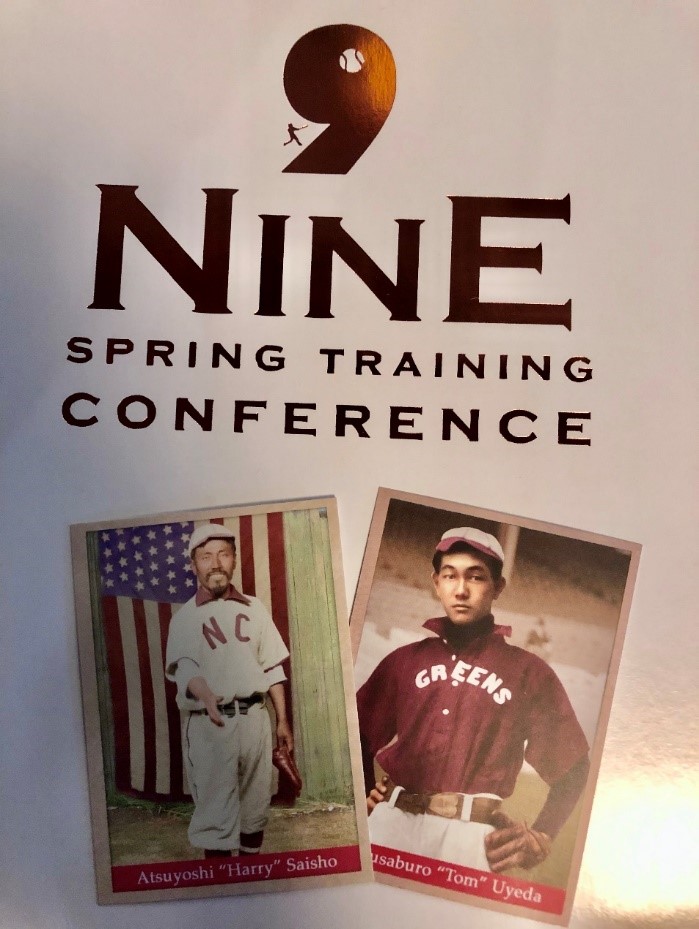 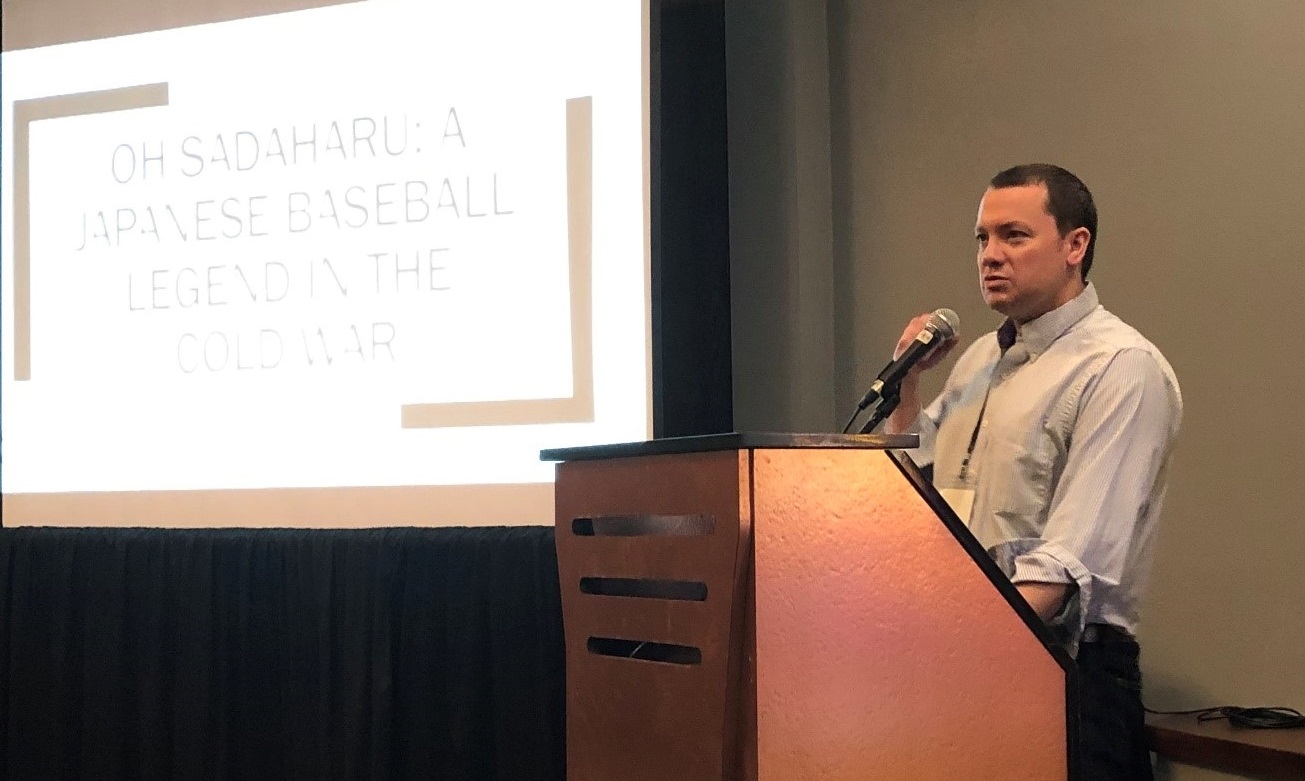