The SABR Asian Baseball Committee is pleased to announce the addition of Shane Barclay and Coop Daley to our leadership team. Shane might be new to SABR, but he’s a veteran in the world of Asian baseball. His resume includes several years focused on international baseball with positions in MLB and JapanBall. His 1-2 punch of baseball knowledge and passion make him a great addition to the team. Coop Daley is a “Rookie to Watch” in the world of sports journalism. He’s a student at Northwestern’s Medill School of Journalism and is cutting his teeth as a writer and content producer with JapanBall. Please join me in extending a warm virtual welcome to Shane and Coop. Not only will they be excellent additions to the Asian Baseball Committee, but the larger SABR community as well. – Bill Staples, Jr. 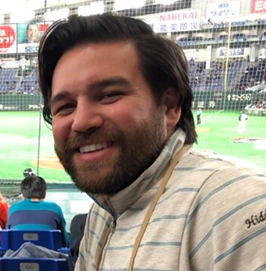 Shane Barclay, SABR Asian Baseball Committee, Vice-Chair
The first thing that I remember feeling true love for as a child was baseball. I’ve devoted myself to the game ever since. I wrote my college application essay about Moneyball and how I intended to use my education to work in baseball. After graduation from UC Berkeley, I interned with the Diamondbacks and endured the bus rides and brash clubhouses of the minor leagues… and loved every minute of it. Then, it was off to the Dominican Republic to work for MLB’s Office of the Commissioner. I worked for MLB for two years in the D.R. and seven in NYC. My duties included international player development, contract approvals, and events such as the World Baseball Classic, Futures Game, and Arizona Fall League. In 2018, my wife Jessie and I moved back home to California and landed in Santa Cruz. MLB retained me part-time to work on the WBC, but I needed even more of a baseball fix. So, I parlayed the coolest parts of my job (traveling and watching baseball) into working with Bob Bavasi on his long-running JapanBall tours. After leading a number of his tours, I assumed ownership of JapanBall in 2020. It is my goal to strengthen our Japanese base while growing into a global source for baseball travel and information. We are expanding to South Korea, the D.R., and even Europe! I am thrilled to continue exploring the world with fellow adventurous baseball lovers. 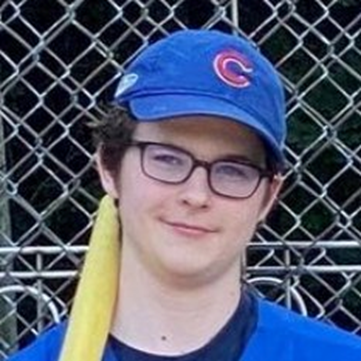 Coop Daley, SABR Asian Baseball Committee, Secretary
One of my first memories, like many baseball fans, is my first trip to the ballpark with my dad. Watching the Cubs at “old” Wrigley Field began a lifelong love for sports… even if I did not possess the athletic ability to play myself. After moving to New Jersey my freshman year of high school, I became quickly involved with my school’s newspaper, and began writing and editing articles at a breakneck pace. Through this work, I grew to love the hustle and dedication to good stories, and won my school’s “Journalism Award” as the best in my program. I then began attending the Medill School of Journalism at Northwestern University. While at Northwestern, I began working for the online publication North by Northwestern, covering their daily sports section and writing deeper history pieces on a wide niche of topics, developing a skill for research and a love for what I call a “Deep Dive:” a story that finds something not many know about, and bringing it back to the surface. When the daily sports stories were put on hold due to the COVID-19 pandemic, I was introduced to JapanBall and a new frontier of history pieces, one that I was more than excited to dive into (see Coop’s JapanBall author page). Throughout the experience, I worked on individual histories, greater trends, and helped develop a new identity for both my writing style and our practice; one that I hope to continue through our work with SABR. I am more than thrilled to take on this opportunity, and am so excited to work with you all! 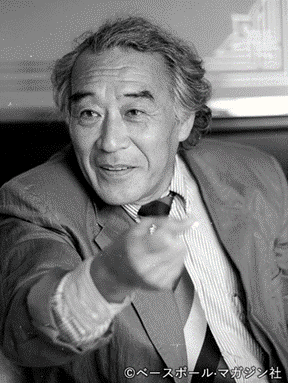 Kazuo Sayama, a prolific baseball historian and SABR member, was elected to the Japanese Baseball Hall of Fame, along with Katsuji Kawashima, who managed Japan’s national team to a silver medal during the 1996 Summer Olympics in Atlanta.

Sayama, who joined SABR in 1983, is the author of numerous articles and dozens of acclaimed books on Japanese baseball history, including Gentle Black Giants: A History of Negro Leaguers in Japan (1986); The Mystery of “Jap Mikado”: First Japanese in American Professional Baseball (1996); and An Inside History of US-Japan Baseball (2005). He also appeared in a 2006 PBS documentary film about Japan’s iconic Koshien high school baseball tournament.

Gentle Black Giants was translated into English and re-published in 2019 by Bill Staples Jr., chair of SABR’s Asian Baseball Committee. Sayama traveled more than 6,000 miles to attend the 1983 SABR convention in Milwaukee, Wisconsin, where he met Negro Leagues historian John Holway and began his pioneering research into the Philadelphia Royal Giants’ tours of Japan between 1927 and 1934. Sayama later contributed an article, “‘Their Throws Were Like Arrows’: How a Black Team Spurred Pro Ball in Japan,” for SABR’s Baseball Research Journal in 1987.

“Baseball is all about timing, and Sayama was indeed the right man in the right place at the right time to capture this story. He interviewed several Japanese players who remembered vividly and fondly their games against the visiting Negro Leaguers,” Staples said. Read on. 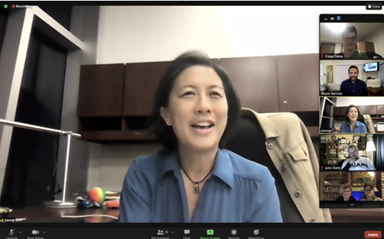 On November 13, 2020, the sports world was changed forever when the Miami Marlins hired Kim Ng as their General Manager. With her new position, Ng, who worked for years as an Assistant General Manager for the New York Yankees and Los Angeles Dodgers, became the first woman to be named GM of a major American sports team. Ng made time in her busy schedule to join JapanBall’s “Chatter Up!” to discuss her new role, her perspective on the growth of modern baseball, and more. Check out the recap or watch the full episode on YouTube. 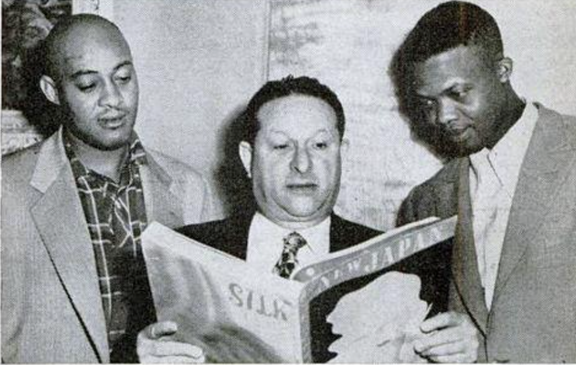 Photo: Infielder John Britton (left) and pitcher Jimmie Newberry (right) peer over Abe Saperstein’s shoulders into a book about Japan. Saperstein, one of the most influential figures in both basketball and Negro League Baseball, was key in organizing the deal that sent the two players to the Hankyu Braves in 1952. Source: Jet Magazine, May 19, 1952.

There’s no understating the impact Black ballplayers had on the development of Japanese baseball. With the help of Japanese-Americans, the two groups shaped an international sporting bridge unlike no other, creating an amazing relationship between the two countries and a legacy that should not be lost to time. Black ballplayers like Biz Mackey, Bullet Joe Rogan, Rap Dixon, Jimmy Bonner, John Britton, Jimmy Newberry and others, should be recognized beyond their play – they blazed trails, encouraged growth, and created new opportunities along the way. On behalf of all fans of the Japanese game, we say “thank you” to these pioneers. Read on. 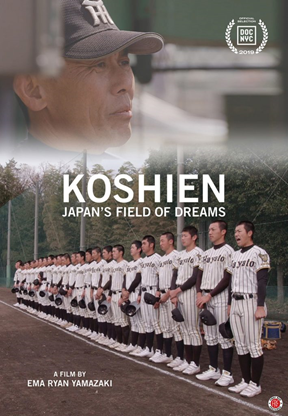 Baseball is life for the die-hard competitors in the 100th annual Koshien, Japan’s wildly popular national high school baseball championship, whose alumni include U.S. baseball star Shohei Ohtani and former Yankee Hideki Matsui. But for Kantoku (Coach) Mizutani and his players, cleaning the grounds and greeting their guests are equally important as honing their baseball skills. In director Ema Ryan Yamazaki’s dramatic and intimate journey to the heart of the Japanese national character, will those acts add up to victory or prove a relic of the past? 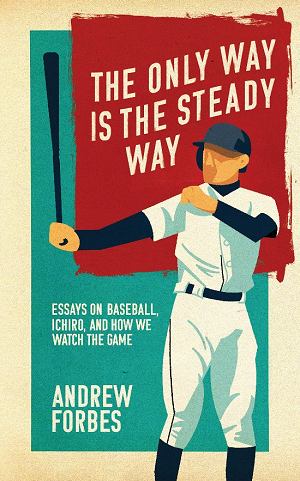 The Only Way Is the Steady Way: Essays on Baseball, Ichiro, and How We Watch the Game
By Andrew Forbes

The Only Way Is The Steady Way is a baseball memoir in scorecards and baseball cards, a recollection of the game’s biggest stars and outlandish personalities, and introspective letters to a legendary player. These essays examine the meaning of baseball across international borders and at all levels of the game –from Little League diamonds to big league ballparks. Parents learn unexpected lessons at t-ball, cheap souvenirs reveal their hidden significance, and baseball’s beating heart is exposed through sharply beautiful observations about the history of the game. Forbes locates peace, reassurance, and a way to measure the passage of time with home run bonanzas, old games on YouTube, and especially in the unique career of beloved outfielder Ichiro Suzuki. Read more or order. 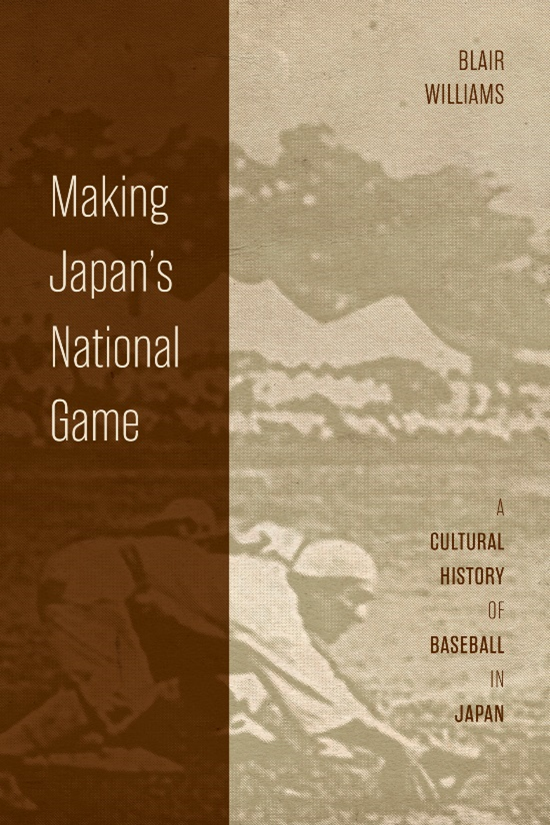 Making Japan’s National Game illuminates the history of the Japanese baseball community and its contributions to national and imperial identity throughout the twentieth century. In Japan, baseball transcended its origins as the American “national pastime,” and the sport became integrated with fundamental concepts of Japanese culture and society. In examining baseball’s ascent as Japan’s most popular and widespread sport, we can understand better how athletic culture connected people throughout discrete eras of Japanese history.

This book investigates the Japanese baseball community’s relationship with three categories of nationalism: bushidō (“the way of the warrior”), nihonjinron (“theories of the Japanese”), and kokusaika (“internationalization”). This approach reveals the power of historical imagery in modernity, such as comparisons between contemporary baseball players and the extinct warrior class of pre-modern Japan, the samurai. Therefore, this book is more than an examination of the history of sport within a nation: it is also an examination of how history and traditions interact with modern society. Read more or order. 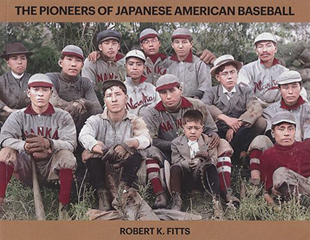 The Pioneers of Japanese American Baseball
by Rob Fitts

​This illustrated history introduces readers to the fascinating heroes of early Japanese American baseball from the visiting students of the 1870s to the barnstorming professional teams of the early 20th century. The 70 full-color glossy pages contain nearly a hundred vintage photographs and present the teams and players that helped make baseball an integral part of Japanese American culture. Available in both paperback and pdf. Read more or order. 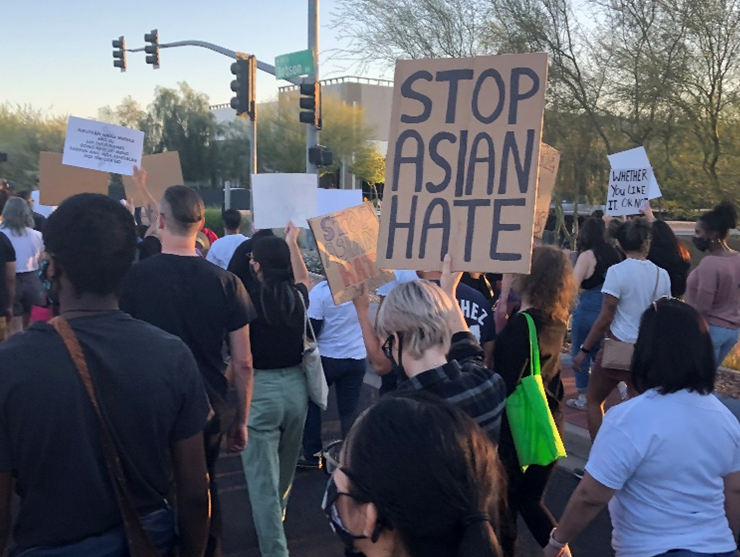 According to a Japanese newspaper report, approximately translated to English, former NY Yankee pitcher Masahiro Tanaka had concerns about his safety and that of his wife and two young children due to a spike in discrimination and hate crimes against members of the Asian community since the COVID-19 outbreak.

Late last March, with Florida spring training suspended and the 2020 season delayed due to the COVID-19 pandemic, Tanaka and his family left the United States for Japan over safety concerns related to an event that Tanaka acknowledged but did not detail.

According to Yankees general manager Brian Cashman, Tanaka did not specifically share any concerns with him or the organization in 2020. Cashman had not yet read the translated piece describing Tanaka’s fears, but he is “aware of the article,’’ which included a passage about Tanaka’s kindergarten-aged eldest child having experienced a “bad time” at school.

“(It is) heartbreaking to hear any of these stories that come out,’’ Cashman said. “We need to, as a society, do a better job to make sure that (racism) is unwelcomed in any walk of life.’’