Why Has No True DH Been Elected to the Hall of Fame — Yet? 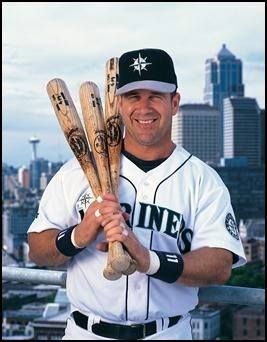 The Designated Hitter has been the way of life in the American League since 1973. With this extensive history, it prompts the question “Why has no true DH been elected to the Hall of Fame — yet?” Naturally, the next is “Will there be a DH in the Hall, and when and who will that be?”

First, it is necessary to determine how many players have played enough games at DH to be considered Hall of Fame material. From 1973 to the conclusion of the 2017 season, only nine players appeared in 1,000 or more games at DH. All of them are retired from the game, and two are in the Hall of Fame: Frank Thomas and Paul Molitor. Thomas was the designated hitter in only 56.42 percent of the games he played in, while Molitor’s percentage was even lower at 43.76.

Clearly, neither Thomas nor Molitor was a "true" DH. Their election to the Hall of Fame was based upon career numbers that went way beyond their DH stats. Their plaques don't even mention their DH activities.

Here are some other interesting facts about the players with at least 1,000 games at DH:

Based upon this analysis, designated hitter has not been a “full-time” baseball role like the positions. The DH has been considered a one-dimensional player throughout its 45 year-history, and carries a stigma as such. It starts with the fundamental ideology of baseball. Wade Boggs said it best recently:

I think everyone who plays this game wants to be recognized as a complete ballplayer, not as a one-dimensional player. It’s everything rolled into one. Basically, you have two jobs. One of them is four or five plate appearances each game; the other is playing defense for eight or nine innings.1

Baseball is a game steeped in tradition and slow to change. Boggs’s statement echoes this mind-set.

Players in the DH role during that time frame can be divided into five categories.

Prior to the introduction of the DH, the players in the first three categories had two options, either retire or become a pinch-hitter limited to one at-bat a game. Now, as a DH, they could get four or five at-bats per game. A new mind-set for the player was created since he no longer played a defensive position. The best way to describe this mind-set is the advice given to Ron Blomberg, major league baseball’s first DH, by Elston Howard, his coach on the New York Yankees, who gave him these sage words: “Go hit and then sit down.”2

The data in Table 4 support what was just discussed. Clubs for the most part have not had full-time DHs since its inception. To clarify, a full-time DH is a player who has enough plate appearances in that role during the season to qualify for the league’s batting title. Since 1973, only 25 percent of American League teams (158 of 627) have employed a full-time DH. The rest have rotated players in that job. Further review discloses a low of 0 percent in 1980 to a high of 43 percent achieved in four seasons (1982, '91, '94, and 2007). It is hard to fathom that no team utilized a full-time DH during the 1980 season! In five seasons (1976, '80, 2008, '12, and '14), fewer than 10 percent of the teams had a full-time DH, with three of those five seasons occurring within the past 10 years. Throughout its history, the DH has largely been a rotational position used to give players a semi-day off.

Table 4: Enough plate appearances as DH to qualify for the batting titles

1) To qualify for the batting title, the rules require 3.1 at-bats for every game the team plays. For a 162-game season, 502 plate appearances are required.

2) The 1981 and 1994 seasons were shortened by strikes. For those seasons, the number of plate appearances was calculated for each team based upon the number of games played.

In order for the Baseball Writers of America to elect a player to the Hall of Fame, the player must have been active for 10 major-league seasons. If you consider that 1,000 games over 10 seasons is 100 games, or about 62 percent of a season's games, that does not leave many full-time DH candidates eligible for consideration. A better yardstick would be to see how many DHs over the 45-year span had at least 10 seasons where they had sufficient plate appearances (502) to qualify for a batting title.

Table 5: Most seasons as DH with 502 plate appearances 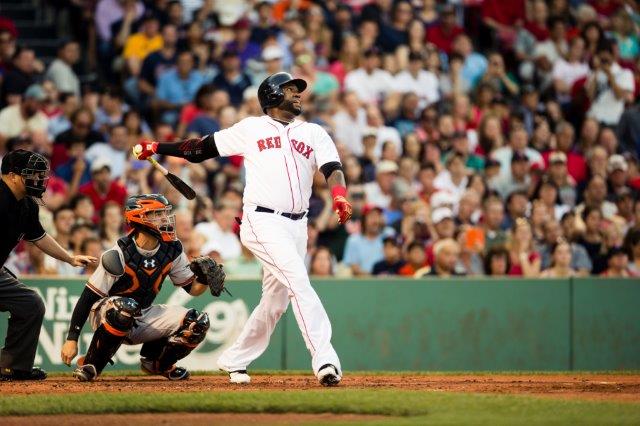 A review of the table explains why no true full-time DH has been elected. There has been only one true full-time DH with a career of at least 10 seasons. David Ortiz is that one player, but he is not even eligible for election to the Hall of Fame until 2022. Edgar Martinez is probably the other best-known DH, but two key points to keep in mind are the fact that he only played 68.27 percent of his games as a DH, and he only had nine seasons in which he had enough plate appearances as a DH to qualify for the batting title.

Baseball, in addition to being a game governed by statistics, has a subjective and intangible nature to it. So while we look at the statistics for answers, there are other factors that provide clues to why no true DHs are Hall of Famers yet. When asked this question, John Thorn, the official historian of Major League Baseball, replied by quoting Branch Rickey:

Baseball people are generally allegoric to new ideas; it took years to persuade them to put numbers on uniforms, and it is the hardest thing in the world to get Major League Baseball to change anything — even spikes on a new pair of shoes — but they will eventually. . . . They are bound to.3

Jeff Idelson, president of the Hall of Fame, answered the same question this way:

The BBWAA has the daunting responsibility of determining which players earn election to the Hall of Fame. The electorate has elected three players who spent a great deal of time as designated hitters, Paul Molitor, Frank Thomas, and Jim Thome, who played more than 800 games as a DH. Edgar Martinez, who has had great support, spent more than 1,400 games in that role. So designated hitters do get consideration for Cooperstown and are represented, and rightfully so.4

This begs the question “Does a DH belong in the Hall of Fame”?

Thorn responded to that:

Yes, because this is the way that the game has been played for 45 years. Resistance is akin to that once facing relief pitchers, which prompted me to write The Relief Pitcher eons ago.5

I believe that all eligible players should be considered for Cooperstown regardless of position and I am very comfortable with whomever the writers chose to elect. They have done a fabulous job.6

Looking into the baseball crystal ball, it would appear that Martinez will be the first “almost” true DH to be enshrined in Cooperstown. The definition of a true DH for this article is a player who has at least 10 seasons with enough plate appearances as a DH to qualify for the batting title. Martinez, as previous discussed, had nine. Even though Martinez has been classified as an almost-true DH, there are extenuating circumstances that must be considered. First, Martinez’s career started with cups of coffee in 1987 and '88, and then he played mostly third base from 1989 to '94. Then, from 1995 to his retirement after the 2004 season, he was the DH in 1,323 of the 1,403 games that he played. This represented 94.30 percent of those games. Also, he may have gotten the 10 seasons with enough plate appearances to qualify for the batting title if he had not ruptured his left hamstring, requiring surgery, in 2002. Martinez was limited to 97 games (91 as a DH) and had 407 plate appearances that season.

If Martinez cannot gain the necessary 75 percent of the votes in 2019, it appears that Ortiz will be elected as the first true DH when he becomes eligible in 2022. His career stats at DH, including a .942 OPS and 485 home runs, are generally better than those of Martinez.

After that, who could or would be next? Table 6 lists the most games as a DH among active players through the end of 2017. The player’s age has been included in order to do an interpolation to try to determine if the player will have enough games at the end of his career to qualify as a true DH.

No player is even close to the 1,000-game mark. Victor Martinez has announced that he will retire as an active player after the 2018 season, so he will not appear in 1,000 games as a DH in his career. Only five active players even have 500 games or more at DH. It is interesting to note that the average age of those five players is 36, so one wonders how many more games they'll play. There is quite a drop off at sixth place, with 418 games, and then another in seventh through 10th place. They are all in the 200-game range. The average player’s age in this group is 32. The stats in this table further solidify that the DH is a rotational position.

As analytics continue to be utilized, baseball executives believe that it is best to limit the starting pitcher to facing the opponent’s lineup about two times. Along with this thinking, they feel it is best to use a series of hard throwing relievers in the final innings of the game. Therefore, there is a constant need for bullpen help. A consequence of carrying more pitchers on the roster is that teams are playing games with a bench of three or four players. It becomes necessary that these bench players can play multiple positions. As a result, a full-time DH has become even rarer than in the past.7

Martinez and Ortiz are not only likely to be the first players to enter the Hall of Fame as designated hitters, they also may be the only such players inducted into Cooperstown for the foreseeable future.

JOHN CRONIN has been a SABR member since 1985 and has published several articles in the “Baseball Research Journal.” He serves on the Minor Leagues Committee and its Farm Club Subcommittee. His current research efforts are pre-1930 farm clubs. Cronin is a lifelong Yankee fan with an MBA in Accounting from St. John's University. Cronin resides in New Providence, New Jersey, and can be reached at jcroninjr@verizon.net.