Editor’s note: The SABR Salute, first bestowed upon writer Fred Lieb in 1976, was designed as a manner of recognizing the contributions of some of the older members of the Society. Subsequent SABR Salutes appeared in the SABR Membership Directory and honored members who had made great contributions to baseball historical research. John Pardon (1938-2008) received the SABR Salute in 1997; the following biographical sketch appeared in that year’s membership directory. 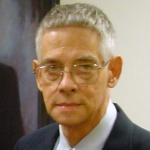 John F. Pardon, one of the 16 founding members of the Society on August 10, 1971, reported to Cooperstown from Asheville, North Carolina, where he had been a sports writer for the Citizen Times since 1966. He put his writing talents to work immediately by drafting an announcement of SABR’s organization and objectives, which was published in The Sporting News, August 28, 1971. Publisher C.C. Johnson Spink and several staff members later became members.

John is a native of the Empire State and has lived in Crugers, New York, since 1971. He was born January 30, 1938, in East Meadow (Long Island), New York. He was a well-behaved child, and particularly so after 1943 when his parents moved to Ossining, New York, the site of Sing Sing Prison. The Prison Warden lived right down the street. A middle-aged former player named Chet Hoff also lived nearby, but John didn’t get to interview him until some years later.

He graduated from the Agricultural and Technical Institute in Canton, New York, in 1958 and received a journalism degree from Rider University in Lawrenceville, New Jersey, in 1962. After Army service, he served three years (1963-66) as a Sports Editor for the Ossining Citizen-Register. However, it was his period in Asheville, 1966-71, that solidified his deep interest in baseball. As the author of a Citizen-Times column called PARDON ME, he covered Sparky Anderson’s final year as a minor league manager (1968) as the Tourists won the Southern League pennant. They had an opportunity to renew acquaintances at the 1982 SABR convention in Baltimore, where Sparky was a speaker.

John was SABR’s first Vice president, serving 1971-72. He was a Director 1979-82; Secretary 1983-84; and Director again 1985-88. He was Chairman of the Minor League Committee from 1982-87, and took part in the research for the three volumes of Minor League Baseball Stars. Although he served on other committees, such as Ballparks, Minor Leagues was his primary interest. This was reflected in his published articles. They included “The Perfect Pitching Season,” the story of Tony Napoles, who had a 22-0 won-lost record for the Peekskill (NY) Highlanders in 1946. He was 18-0 in the regular North Atlantic season and 4-0 in the playoffs. John searched for the Flashy Cuban hurler in later years but could not locate him.

In 1981 John wrote “A Bizarre Game of Baseball.” It was a Mississippi Valley League contest where Danville beat Vincennes 40-5. The “innovative” Vincennes manager used a lineup where outfielders pitched, hurlers played infield, and infielders played the outfield. Other abnormalities abounded. Phil Piton, a SABR member and former President of the National Association, provided the primary source document for this July 30, 1951, game.

John, himself, has seen some unusual games. He was in the stands when Joe Adcock of the Braves hit four homers and a double at Ebbets Field on July 31, 1954; and he saw John Valentin’ s unassisted triple play for the Red Sox against Seattle on July 8, 1994. He also was present in September 1993 when SABR and members of the Ballparks Committee helped dedicate a commemorative plaque at the site in Manhattan where the New York Highlanders’ old Hilltop Park was located. John’s former neighbor Chet Hoff, who pitched for New York at that park, took part in the ceremony. He was 102 at the time.

John has attended 22 national conventions, which is four off the record. However, he has participated in more than 50 regional meetings, which is ONE FOR THE BOOK. Most of them took place in the NYC area and at Cooperstown, where he also would man a SABR recruitment booth on Hall of Fame induction weekend. Other regional sites were in Toronto, Albany, Rhode Island, Massachusetts, New Jersey, Virginia, Philadelphia, Reading, Wilmington, Delaware; Durham, North Carolina; Washington, D.C.; Baltimore, Cincinnati, and Chicago.

Finally, John is a real hands-on SABR member. To cite one example, he came to the rescue when fellow original Keith Sutton fell ill and died in February 1993. He represented SABR at the mid-winter funeral and later assisted in dealing with the disposition of Keith’s library and research materials. Some of the books were auctioned off at a regional meeting. John is now the chair of SABR’s ad hoc Archive Committee which was launched later that year.