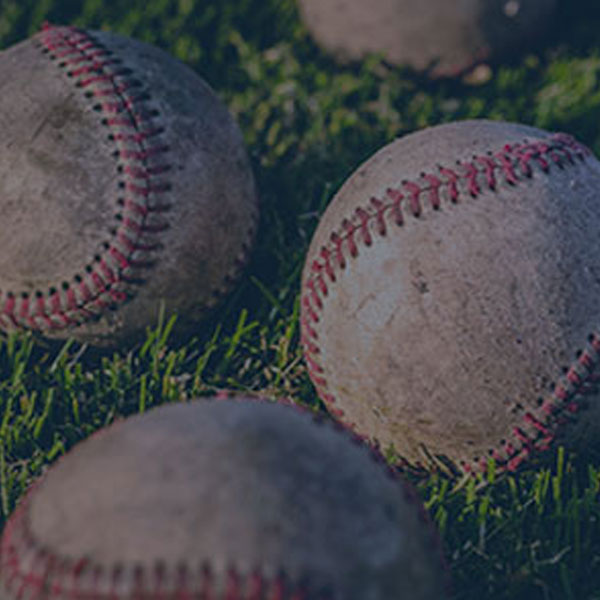 National League umpire Cy Rigler was a model of restraint in confrontations involving disputed calls, earning a reputation as the “least thin-skinned” of his contemporaries. The genial arbiter chose the role of peacemaker, refraining from profanity and seldom ejecting a player or manager, and it’s a good thing that he did—Rigler stood nearly 6’0″ and weighed 270 lbs. “It is a mistake to suppose I am in the game as a fighter,” he stated soon after beginning his career in the majors. “It will be the fault of the player or spectator if I am called upon to exercise physical authority.” Expert at judging balls and strikes, Rigler insisted on having his eyes examined frequently. His voice was unhesitant, clear, and boomed like a foghorn. Despite his massive size, he was quick to move into position to make a call. Unlike his colleague Bill Klem, who claimed he never called one wrong, Rigler seldom called one twice.

The son of a German fireman, Charles Rigler was born May 16, 1882, in Massillon, Ohio. He began his athletic career as a semipro baseball player and right tackle for the Massillon Tigers professional football team. When a knee injury cut short his playing career, Rigler found himself on the officiating side of sports. He began his career as an umpire in the Central League in 1904, introducing the gesture of raising his right arm to denote a strike for the first time in the minors during a game in Evansville in 1905 (at approximately the same time, Klem was popularizing the use of arm and hand signals in the majors). The following year NL president Harry Pulliam hired Rigler, and except for 1923 he worked continuously until his retirement from active duty in 1935. Both players and managers respected him for the promptness and fairness of his decisions, and he was rarely called upon to exercise physical authority.

There were exceptions, however, and none was more notable than what occurred during a Reds-Cardinals game at Robison Field in 1915. In the seventh inning Rigler overruled a call involving the Reds’ Tommie Leach, who’d been caught off second base as a result of the hidden-ball trick. Field umpire Bill Hart didn’t see the play but Rigler, who was behind home plate, did and called Leach out. Reds manager Buck Herzog argued vehemently, and according to newspaper accounts, shoved Rigler in the chest protector and spiked him. Rigler decked Herzog with one punch under the left eye. A riot ensued with spectators and players from both teams crowding around the combatants. It took a dozen policemen to restore peace. Rigler and Herzog each were fined $5.00 in St. Louis Police Court.

The most controversial play involving Rigler was his call in the eighth inning of Game Three of the 1925 World Series. With the Senators ahead by one run, Washington outfielder Sam Rice ran down a long drive by Pittsburgh’s Earl Smith at the wall in right-center field and tumbled into the temporary bleachers erected at Griffith Stadium. After a short delay, Rice emerged from the crowd holding the ball. Rigler called Smith out and the ruling stood despite a protest from Pittsburgh manager Bill McKechnie. In a letter written by Rice to the Baseball Hall of Fame to be opened only upon his death, Rice stated unequivocally: “at no time did I lose possession of the ball.”

During the off-season, Rigler made his home in North East, Pennsylvania, and led a busy life. He worked as a supervisor in the gas and oil fields for a subsidiary of Standard Oil Co. Cy also designed new ballparks and cared for golf courses. He worked on a law degree and developed a vineyard. In addition, he was a football referee, athletic adviser to many colleges and universities, and a coach at the University of Virginia. Rigler amassed more than 6,100 games in his tenure as an umpire. At the time of his retirement, he ranked second to Klem in seniority for those with service in the 20th century only. In an era when umpires were selected on merit, Rigler worked 10 World Series and was chosen to work the first All-Star Game in 1933 (along with Bill Dineen, Bill McGowan, and Klem).

Because of his technique and understanding manner, Rigler had been assigned many younger umpires over the years for tutelage and training. Following his retirement at the end of the 1935 season, he was named NL Chief of Umpires. It was a short-lived assignment. Rigler was 53 when he died in Philadelphia on December 21, 1935, following surgery for a brain tumor. His wife, Nellie, and her two daughters from a previous marriage survived him.  Albert “Dolly” Stark was the only umpire among the mourners.

In preparing this biography, the author made use of the Baseball Hall of Fame Library file, including multiple clippings from New York, Philadelphia, Pittsburgh, Cincinnati, and St. Louis newspapers; The Sporting News; Referee; and material authored by Larry R. Gerlach.