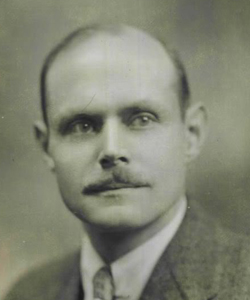 Fred Lieb (1888-1980) started writing for Baseball Magazine in 1909 and was still contributing to The Baseball Research Journal 67 years later. In between he was one of baseball’s top New York sportswriters and a key correspondent for The Sporting News. At mid-century Lieb packaged his extensive knowledge into a half-dozen team histories, bolstered with input from front office executives, players, other sportswriters and The Sporting News archives. Lieb’s books are invaluable to anyone researching the game behind the scenes over the first half of the twentieth century.